does anyone have an idea how these pieces were created? The designers seem to use illustrator in their other work, certainly no 3d software? 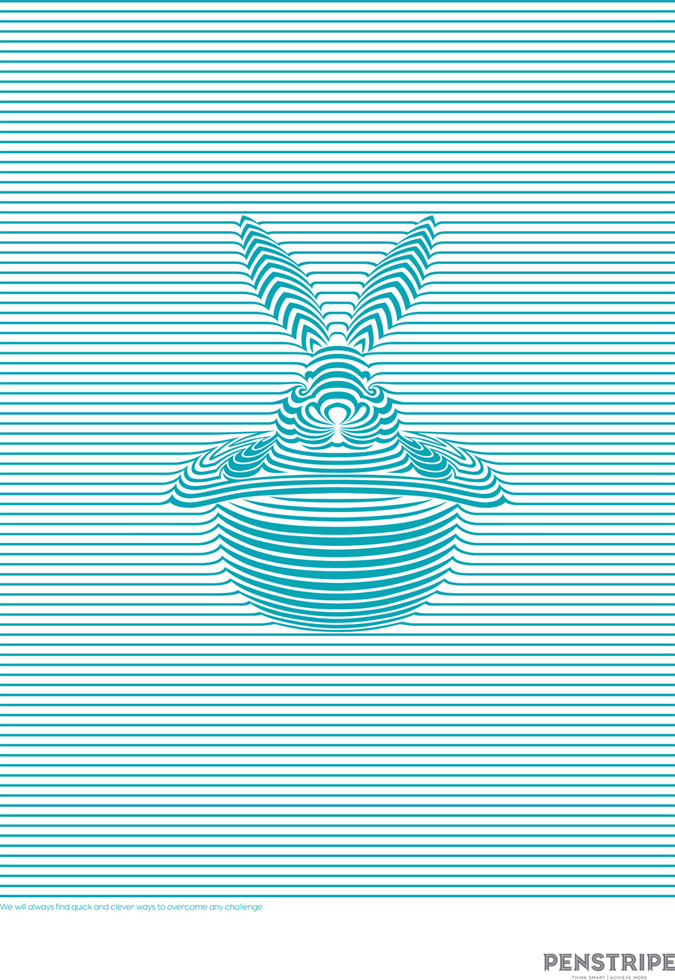 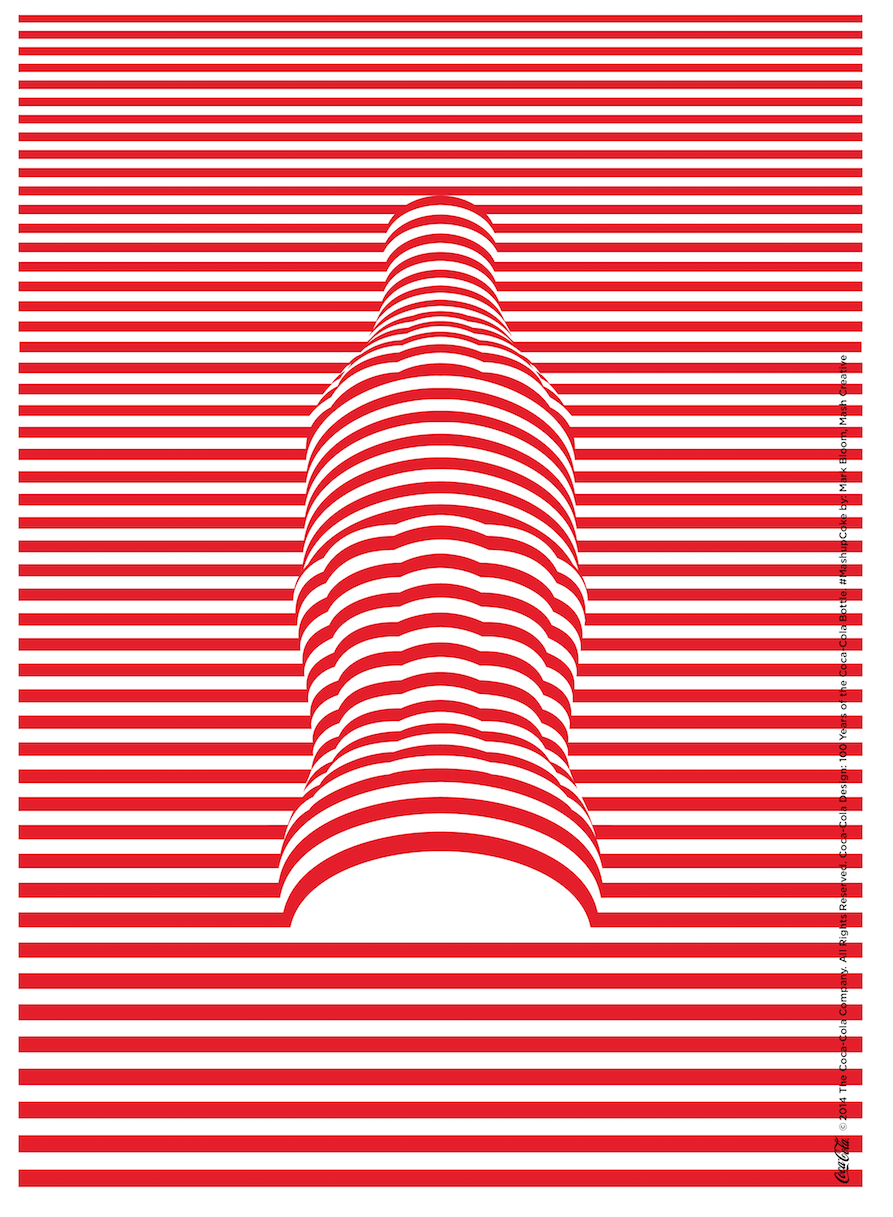 A masterpiece of manual crafting is already suggested by other users. I believe it. No automatic software can combine the multiple functions of the strokes, namely showing the geometric surface form, creating some outlines (rabbit’s face features) and creating the shading.

There are those horizontal strokes and the wanted shape as line art for a start. One can add anchor points and make the needed bends by moving the anchors along the line art paths. The path width tool can be used to control the line widths. Some extra strokes can be needed and something must be cutted out of the way.

The line art is finally hidden or deleted.

Here are some path manipulation examples: 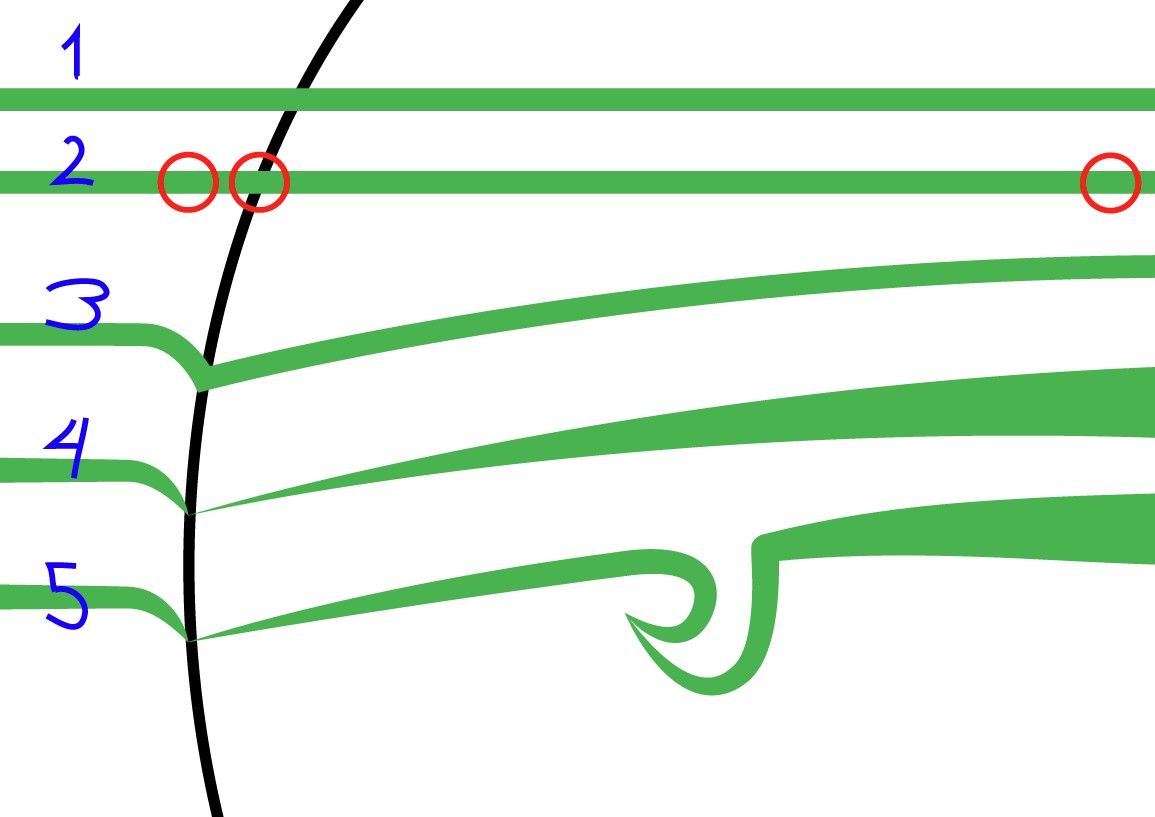 In principle this is easy. Creating something nice using these isn’t.

The bottle problem is tried in 3D. I have only some simple low cost and free pieces of 3D software. They are radically simplified from premium priced full versions. For example curve lofting and all surface form adjustments are disabled in the version I used. The well formed bottle would benefit lofting (=sweep through different cross-section profiles) or tools to chisel the grooves to the surface. Revolution gives only a simple, perfectly round bottle and that’s what I got. As a plus I see the fact that there’s no reason to fear lawsuits.

The used program is DesignSpark Mechanical, a free version of SpaceClaim.

4A and 4B. The planar surfaces for slicing the bottle

The projection can be anything, but I took the default. The view could be spinned freely.

Version 6 was printed as wireframe PDF and taken to Illustrator as 2D. My 3D software has poor control for color and light, so I choosed to color the stuff in Illustrator.

The coloring was tricky because all areas were not perfectly closed. I joined some lines and got the job done.

It at least seems to be pro quality in the companion photo. Its usage is limited. By purchasing a paid license one can get a right to use it more freely and without any watermarks.

Free 3D models of the Coke bottle can also be found in SketchUP’s 3D Warehouse. Those few I tried were low quality attempts, not much better than my elementary version.