I have a PNG layer which has a drop shadow applied in Photoshop.

I’d like to create another layer of white color which would cover all non-transparent pixels on the canvas (i.e. the original PNG + the shadow).

Is there a way to conveniently do this in CS5(12)?

Here is a screenshot of the original image (on the left) and the best approximation I could get it to (on the right). However, the problem is that the shadow is not solid white as it should be (this is needed for the resulting image to act as a mask in mobile gaming framework). 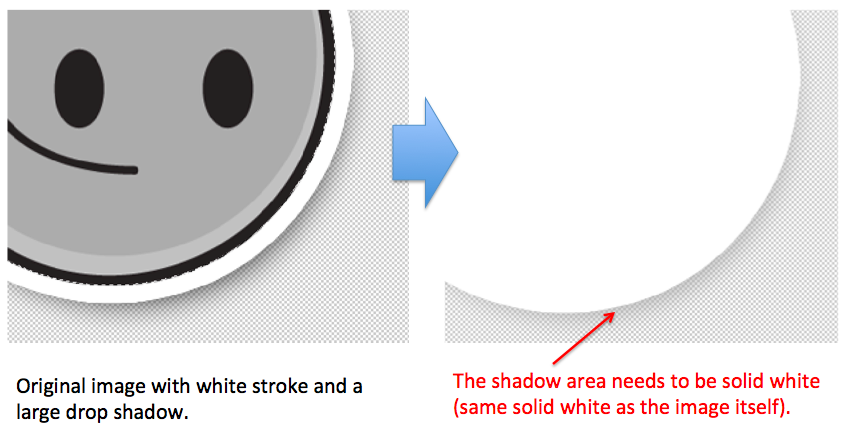 If your copy of Photoshop is CS2 or later, copy the layer and convert it to a Smart Object. Then use Layer > Rasterize > Layer

If earlier than CS2, copy the original layer and place an empty new layer beneath it. 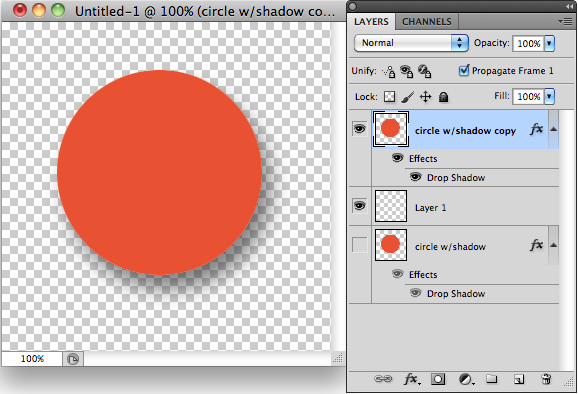 Then merge the copied layer into the empty layer to flatten it with Layers > Merge Down... 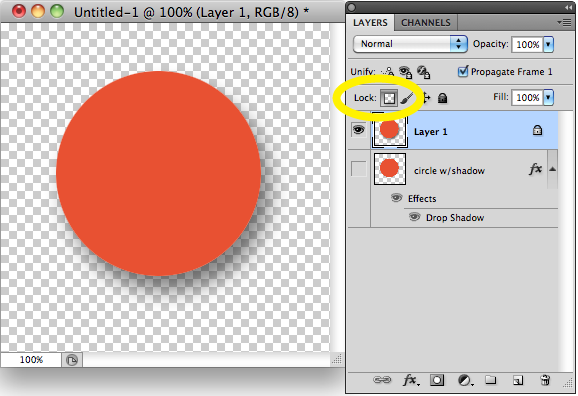 In either case, next lock the transparency on the returned layer and fill with white: 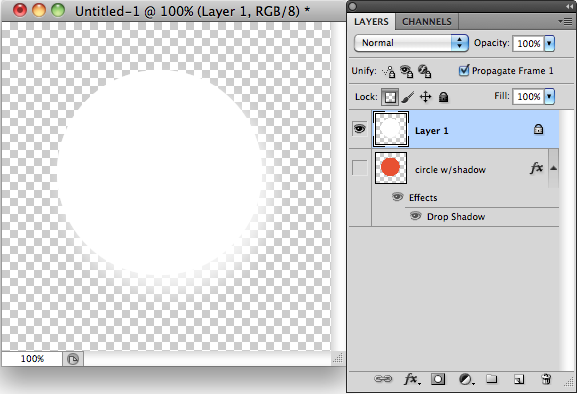