I’m trying to find out how I can use Photoshop or Illustrator to give a piece of type a wave-like flow (with an additional feel of perspective; essentially I would like to make it appear as in waving/floating through a three-dimensional space). I am aware of the Perspective Warp in Photoshop, as of right now I am however unable to create a fluid, believable three-dimensional wave form. I have posted a couple of images of examples below in which the typography is behaving in the way similar to what I’d like to achieve (especially the first one, a piece of work by German graphic designer Fabian Fohrer). Can I achieve such visuals in Photoshop/Illustrator or would I be more successful with 3D software (Cinema 4D)? I greatly appreciate any help.

My apologies for not being able to post screenshots of what I have tried so far, but I am posting this question on the go and do not have access to Photoshop right now.

(Also: I do not intend any stealing of intellectual property, all credit for the examples given goes of course to the original designers, I’m merely interested in broadening my horizon in regards to visual techniques.) 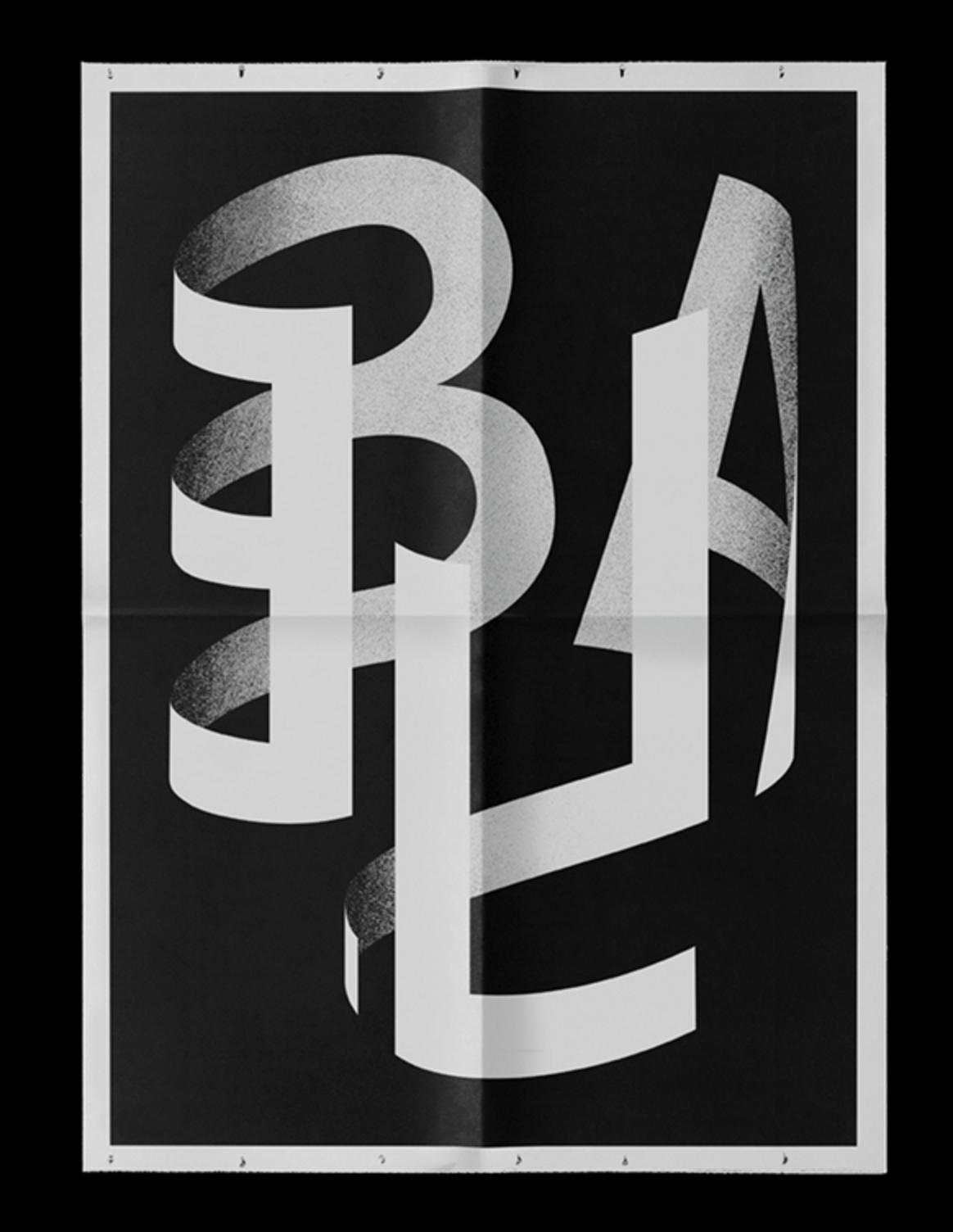 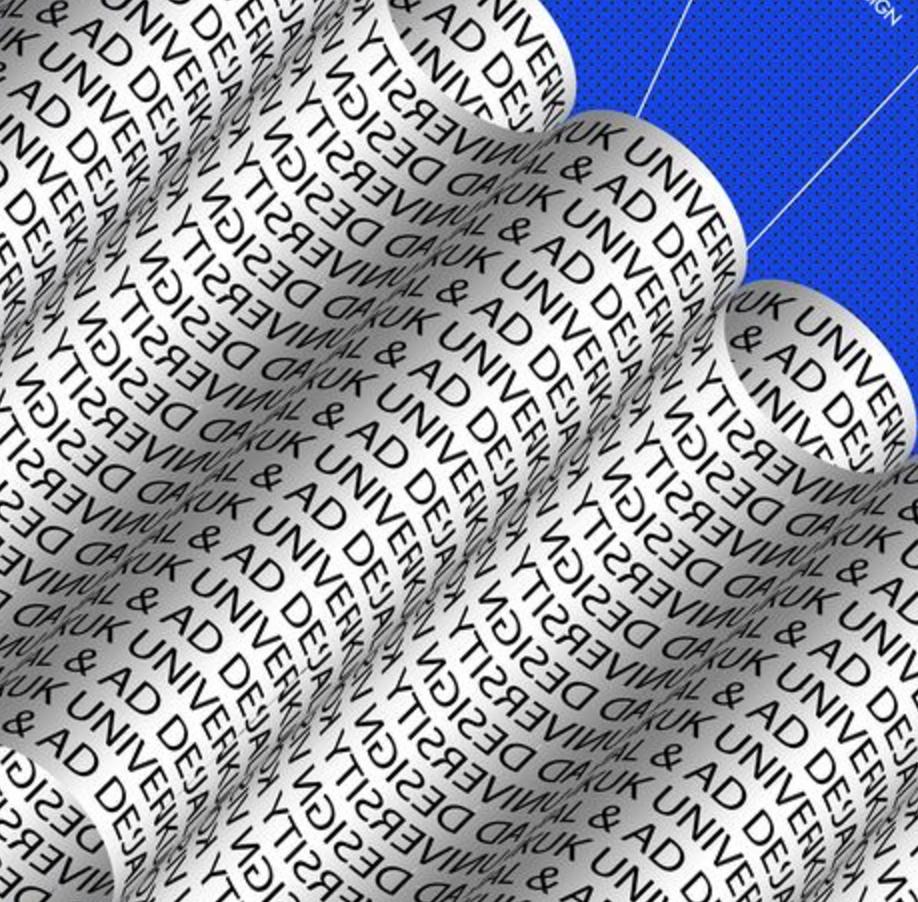 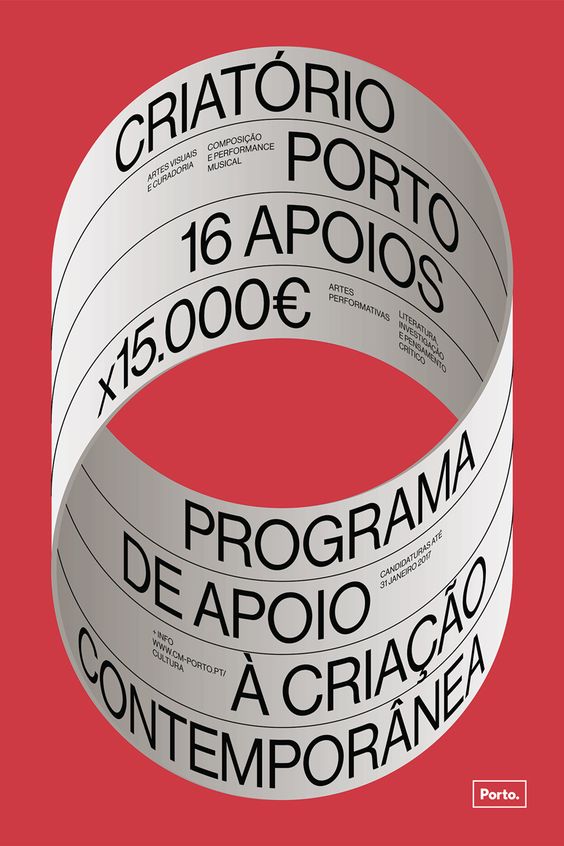 You can accomplish some of the desired goal here using Illustrator’s Envelope Distort. First, create your text. Next, make a rectangle and then using the Mesh Tool (U) click in the middle to turn this rectangle into a mesh. You can edit the mesh points to create some waves. Then make sure your text and mesh are both selected and use Menu > Object > Envelope > Make with Top Object to warp the text to the mesh. This works with objects that do not curve around to show a back side. Yet, this can too be approximated by doing more work and slicing your text into front/back pieces and warping them both to connect in the same place in a visually-acceptable way. 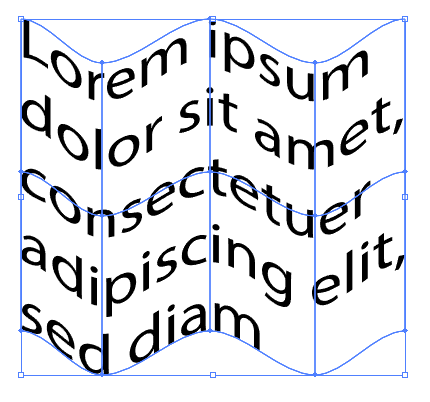 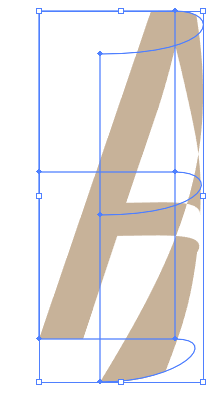 The 3D curve-around do not work so well.

However, there’s also a method in Illustrator to 3-D wrap a piece of art around an object. Since your examples feature curves which appear to be wrapped along invisible oval 3D objects, it’s possible to use Illustrator’s Extrude and Bevel effect on a circle or ellipse and wrap it around inside the Map Art options.
First, make your text and create a symbol out of it (in the symbols palette (Window > Symbols)). Then, create the circle/ellipse shape and apply the 3D extrude & bevel effect and rotate it how you want. Next, use the “More Options” button to expose the part of the 3D dialog which allows you to “Map Art”. This will pop out another dialog which lets you select the face of the 3D extrusion to apply one of your symbols to. Choose the text symbol and arrange it how you like. Check the “Invisible Geometry” box to see only your text and no underlying shape. After all is done, you may expand the effect and manipulate the resulting paths as you please. 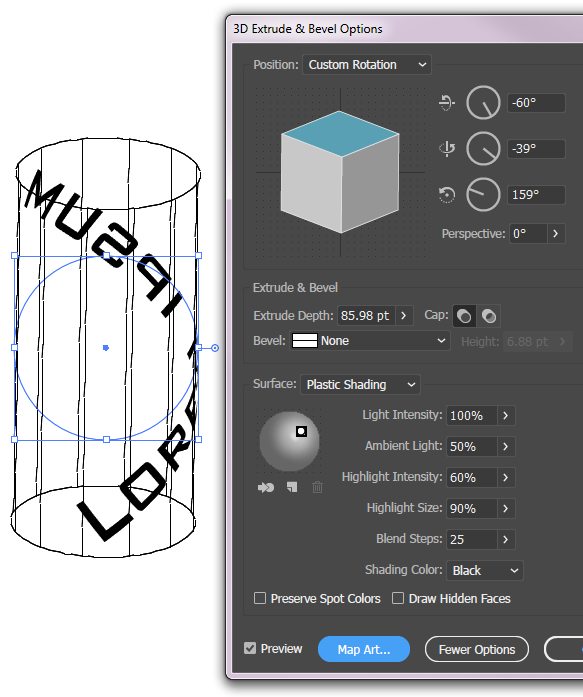 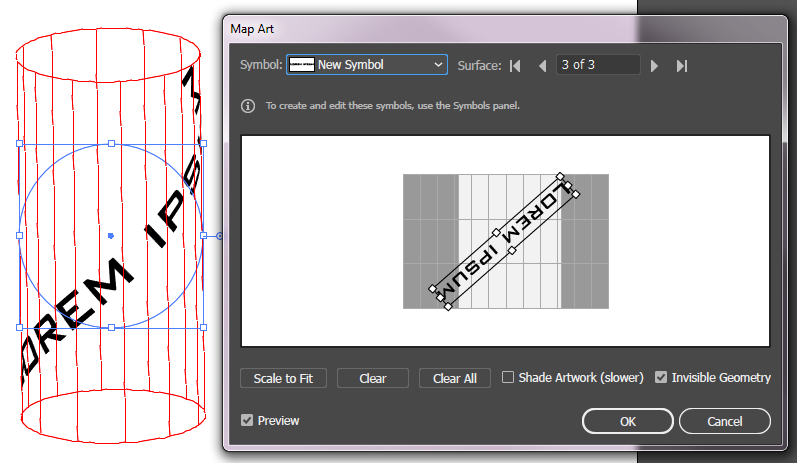 As you can see, with the Map Art you are able to wrap a line of text in a helix as well. Keep in mind that a circle does not have to be your extrusion shape, it could be a wavy or scalloped shape with ridges or convex areas that would further curve the text.