There are several good SVG editors around, but I couldn’t find one where I can edit the markup itself, and instantly see the changes in the image.

If a program is only able to view the image, but not edit it, it would also be sufficient but only if it re-reads a modified file from disk. The image viewer programs I encountered don’t do this. In this case I could use any text editor to edit the markup, and as soon as I save, the changes would be visible without needing to close and re-open the image.

Inkscape is an open source vector editing program specifically built around SVG. It includes an XML editor which allows you to view and edit the live SVG code of your image.

Open the XML Editor by going to Edit → XML Editor…. 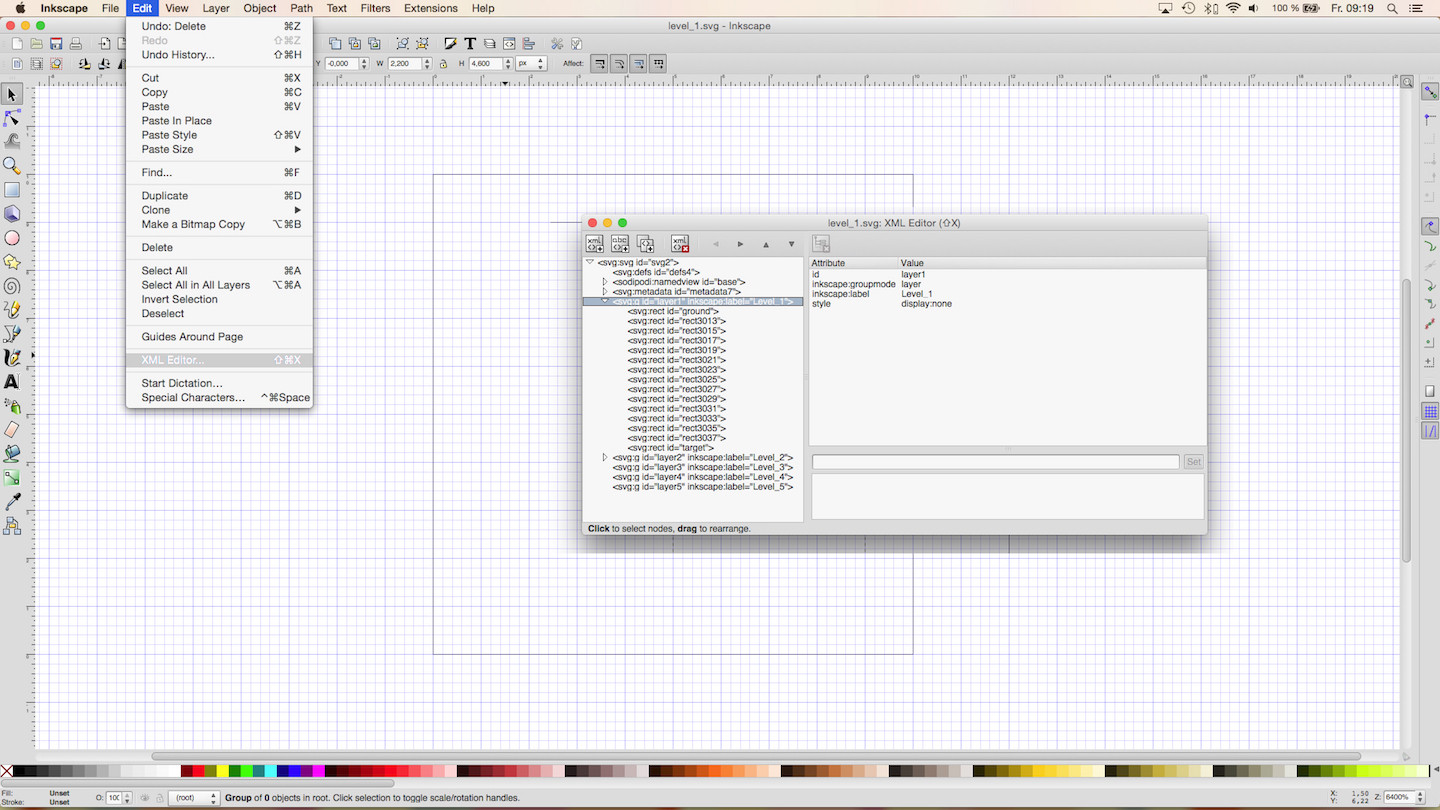