I am a hobbyist and I like comics – to read them, and eventually to write them but it didn’t happen yet.

Maybe my question is not specific enough, but I am almost obsessed with inking comics, partly because I haven’t found the right way to do it.

A while ago my wife has asked me to do a drawing of Korra (of Legend of Korra) doing physics bending for a Christmas card that she’s going to give it to the students (she teaches science). I started off by trying to do it digitally. I struggled quite a lot (days) trying to digitally ink it in a way that I like it. I ended up doing it by hand in two hours, pencils and pigma micron pens. Since then I started to question the efficiency of inking via the computer. I know Illustrator contains some features that that can trace your drawing in one swoop but I haven’t tried it yet.

I tried the following software: Manga Studio 5 Ex (MS5), PointTool Sai (SAI), Illustrator CC (AI), Autodesk SketchBook Designer 2013 (SBD 2013, this is not the same as Sketchbook – it is a version that is not developed anymore, unfortunately, and which has great vector support) and, of course photoshop CC (PHS).

I used the mouse, Intuous 5 touch table and a cintiq 12 tablet.

My personal problem is that my hand is not steady enough and sometimes the lines are a bit wobbly, they might have these knuckles, or whatever you may want to call them. Hence, I usually like to use vector lines (of different widths of course) which are very smooth.

I’ve done a lot of research, watched a lot of videos on youtube. Here two that I liked and found useful:

From what I’ve seen there are several methods:

Overall, the easiest was to ink the figure using SAI (it’s not finished, it has no shading…). I didn’t finish the inking in MS5, AI, SBD 2013 and PHS but I played extensively with them. 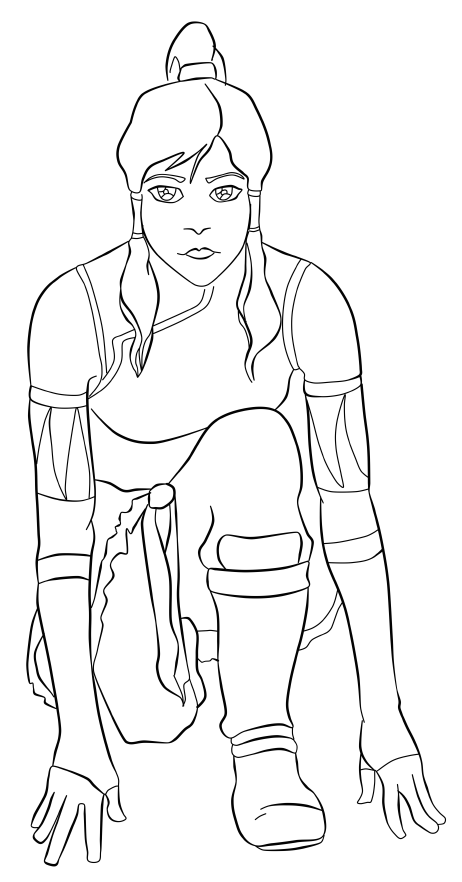 So, I am not really looking for one definitive answer. I am interested to see what works for you when it comes to inking digitally.

Based on your suggestions I checked out the astutegraphics plugins, they definitely save a lot of time. I am going to check out the lazy nezumi pro plugin as well. I also watched a lot of videos on digital tutors and lynda.com (I updated the list above).

I can’t help to think that, if I decide to use vector based inking / coloring in Illustrator, it’s a lot of work. Maybe I can become better and efficient at it, but I don’t think I will ever beat my own hand drawing freely. Perhaps using the tools to draw buildings in perspective might be where I can save time… I guess it’s really hard to say without experimenting. I have the feeling that using KoldBane’s approach might be the most efficient when you have a tight deadline and there are lots of panels to draw. In the end it’s highly subjective. It really depends on how proficient I am at using the different software packages and right now I am a newbie (more often than not I end up fighting the tool). I invested more time into learning Illustrator following Deke McClelland’s Illustrator courses on lynda.com. I also have to increase my photoshop knowledge a few notches up.

I want to do an experiment and draw a comic book panel in each the programs and see where that leads me. I will post again here.

I believe the answer to this question is based in opinion, that being said, here’s my own:

Tools: Wacom Tablet
Reasoning: In order to properly ink your drawings, you need to have the same movement and feel as your hand. It seems your frustration lay in the amount of time to execute the curves you needed. A tablet greatly reduces the manual point-by-point stresses of laying down the outline with a mouse.

Software: Photoshop
Reasoning: I know that your original question sat in the Illustrator camp, but let me try and dissuade you. Photoshop has an incredible brush toolset for drawing/inking that works even better when paired with a Wacom tablet. Not only that, because photoshop is raster-based, it is much faster to lay down lines, colour, etc. without worrying about anchor points. If you’re worried about not being able to scale your drawings upwards (a lot of people seem to like the ability of vector to scale infinitely), then just make sure you’re using photoshop canvases of a high resolution (preferrably 2-3x larger than the application space)

Final Word: A lot of this stuff is personal preference, and it comes with time spent tinkering with these tools. I think you’ll find a dramatic increase in pace and quality if you switch to a Wacom system, I also believe you may find Photoshop more conductive to your drawing style.