I’m trying Effects > Pixelate > Crystallize to create borders like this (something like which we can do with Wrinkle or Crystallize tool): 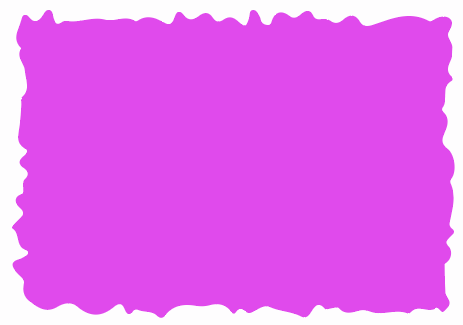 But even after applying the effect, I can’t see any difference for my shape (I used a rectangle with solid fill). I tried increasing the amount, but still no effect. I can see the effect being applied in Appearance Panel, but not visible on actual shape.

And by chance, I created two objects side by side with different colors which were in a group, and then applied the effect, I could see the effect. But still it’s only on one side and looks like a low quality raster effect. I mean it’s not crisp. Also, it vanishes once the objects are ungrouped. 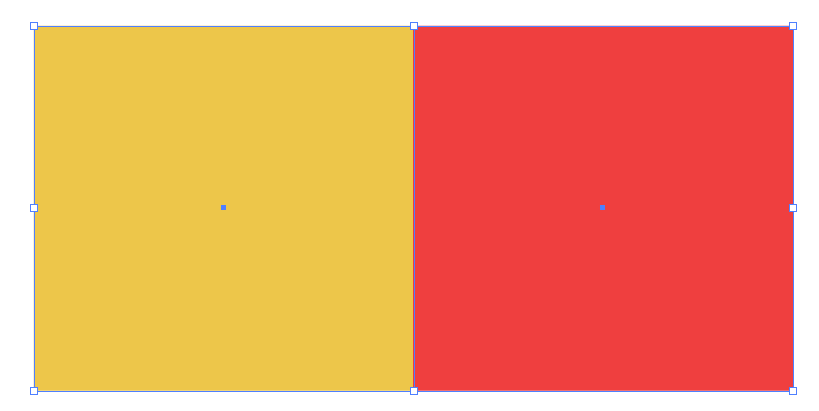 I need the similar and better quality effect but on the entire border of a single shape.

So can this effect somehow be used to achieve wrinkles/crystallize effect on borders? If yes, how?

And why is this strange behavior? Why it doesn’t work (apparently) on single shape?

You asked how to use the crystallize effect to get smooth wrinkly edges. Here’s one way: 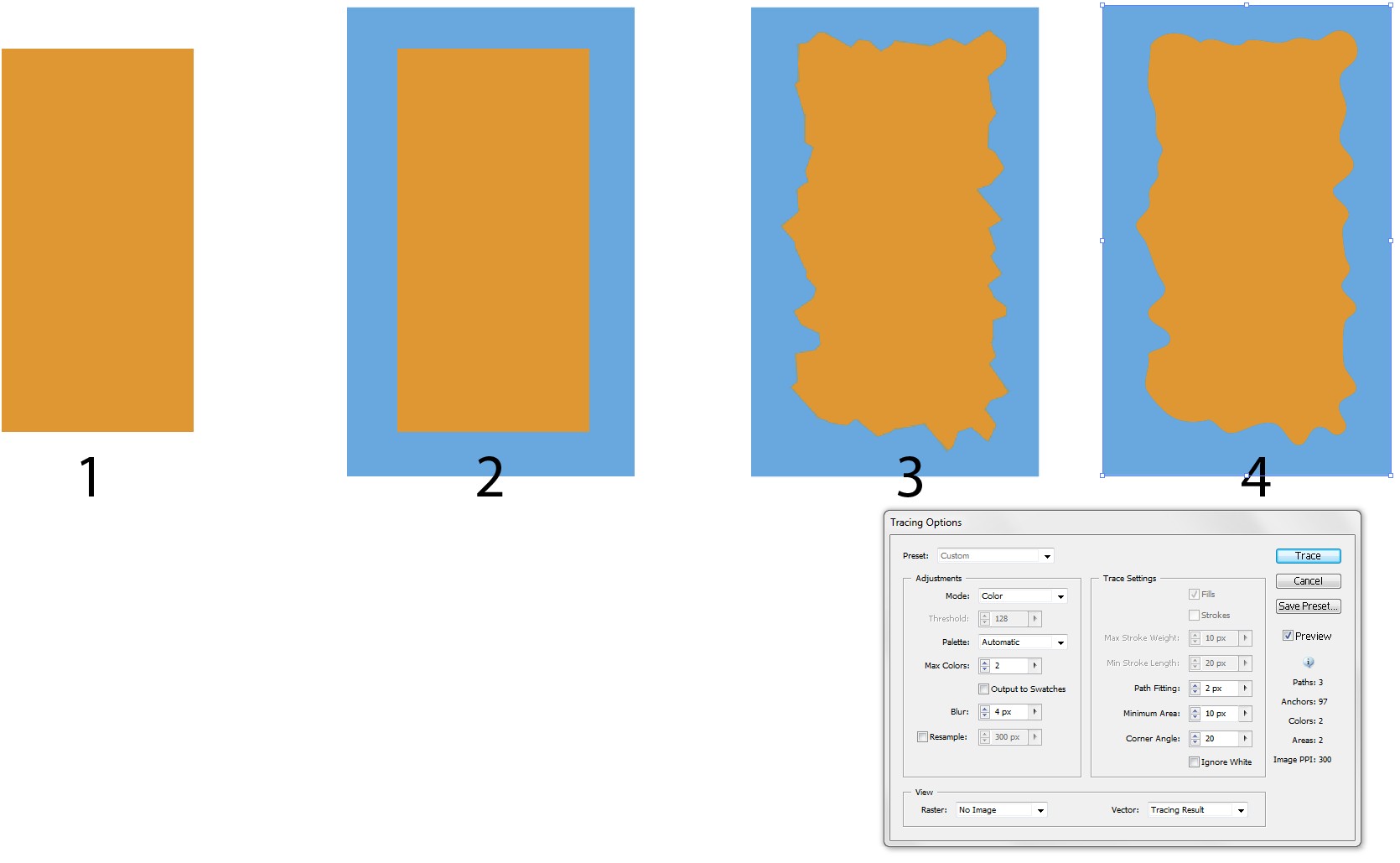 Expand the Trace. After ungrouping you have these 2 vector shapes: 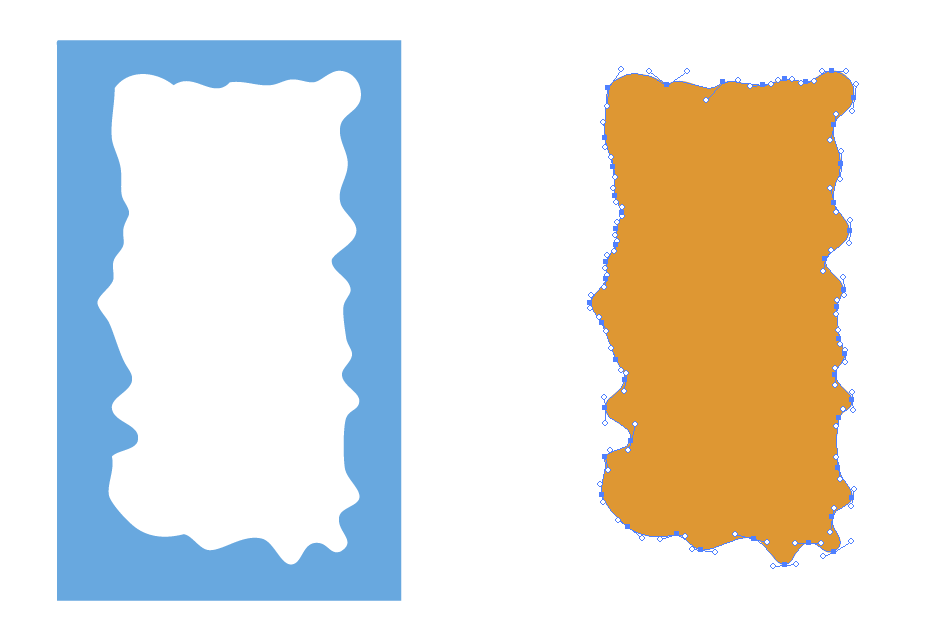 BTW. Photoshop effects should be considered as the last resort when vector-only ways are not known. They can, of course, generate pro quality results if the raster effect resolution is as high as the job needs. Many of us see no problem in mixing vector and raster stuff. The problems arise if the resolution is not high enough or one cannot accept as big raster image files as needed or some edits are needed afterwards for ex. to get a new version.

You have already got a suggestion to use effect “Roughen”. There are also maybe useful tools Wrinkle and Warp.

To have more control you could apply a drawn curve as Art Brush. When you apply Expand Appearance to the result and ungroup you get the edge as curve if the brush was a single open curve. Pattern brush could also be used, but it causes easily problems at corners. An example:

In the left there’s my pattern brush shape. In the right it’s applied to a rectangle. The corners will not meet.

In the next image the rectangle is splitted with scissors at corners and in the right the image is expanded + joined to one.

I see the brush method as a way to keep the edge style consistent.