When choosing File > Scripts > Export Layers to Files.. in Photoshop CS3, why can’t I select a png format (png-8 or png-24)?

I cannot trim layers using any of this. 🙁 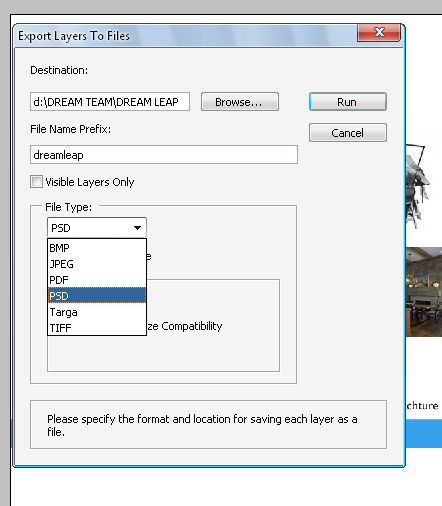 PNG export is not part of the export scripts within Photoshop CS3 (v10). You can’t find it because it’s simply not there.

Photoshop CS4 (v11) was the first version to allow PNG export via the export scripts.

Additionally, the script which ships with CS4 will not function in CS3 due to application changes. I thought perhaps you could simply use the CS4 script in CS3, but upon trying that, the script errors.

You’ll have to either export each layer individually or upgrade your version of Photoshop.