I am looking for pointers on how to pick a set of colours (or a colour gradient) that are clearly distinguishable, for use in scientific figures. Was there any systematic research on this? If yes, I’d appreciate some links.

When creating scientific figures, colour is often used to distinguish elements. One example is lines in a plot: 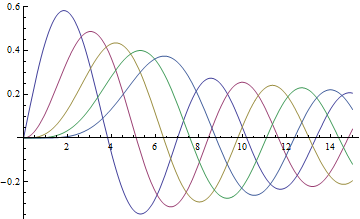 Another example is a colour gradient to denote values: 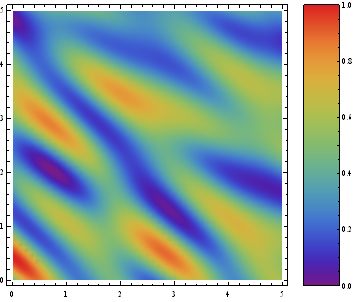 Here’s a handy splash of science.

Bare in mind that yellow is a special case – it is characteristically bright because it’s being fueled by the activation of two types of receptors, not just one.

The question about how these convert to greyscale is important but I think probably best answered seperately. There are differences (e.g. reds tend to be darker) but it depends on other things like how the convesion is done, etc. The colour intensity chart from the above link about yellow might help as a starting point: 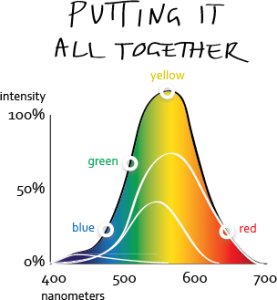 Two things to bare in mind: