I’m new to the web design and web comic fields.

I’m a huge fan of The Oatmeal, and thought his tile layout was a good way to share the most amount of comics for given real estate.

So, following the “Power Grid” pattern from this site (the last option), http://designshack.net/articles/layouts/10-rock-solid-website-layout-examples/, and drawing from elements of my favorite comics, TheOatmeal.com, XKCD, etc… I created my comics site: Hitting Trees with Sticks.com

I recently received a complaint from an avid The Oatmeal fan claiming I’ve “totally ripped off and imitated The Oatmeal”… I asked the author, Matthew Inman, what he thought… and he said my site design and subject matter were quite similar…

That being said, here are my questions:

1) Are the designs too similar? 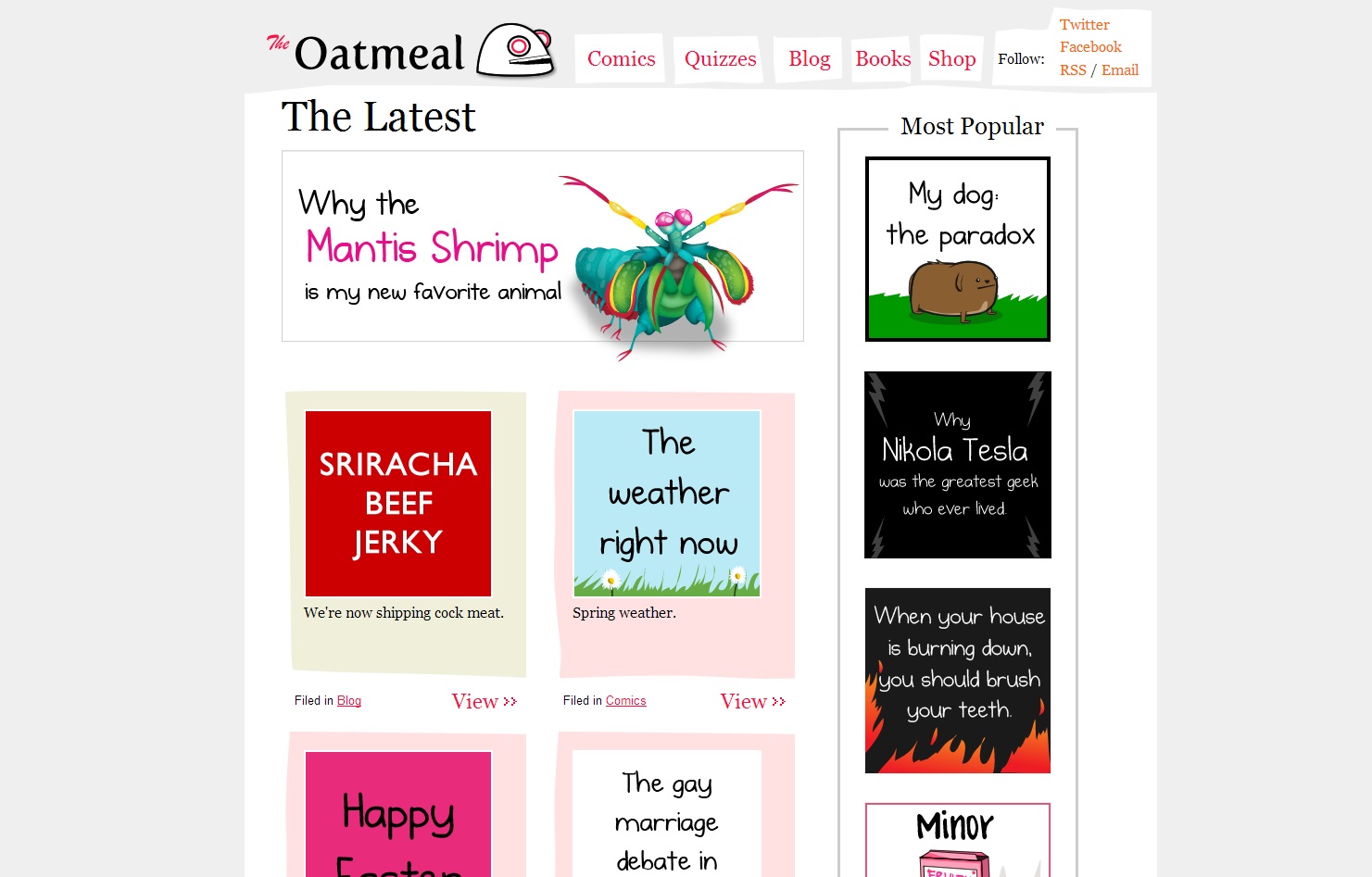 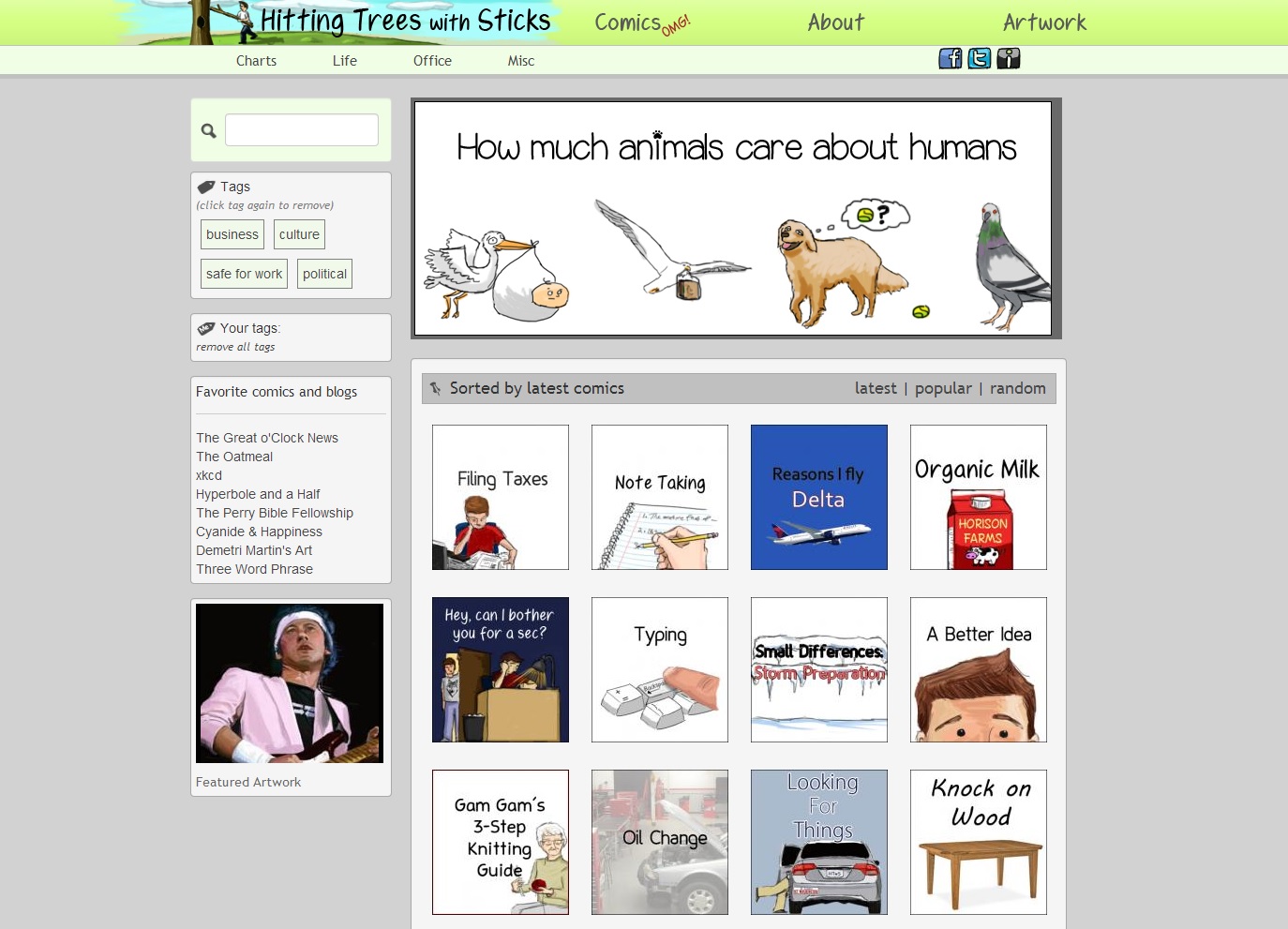 2) If so, what are some of the guidelines/rules of thumb on designing a website based on templates that are used by other comic artists? Do you think I should change mine? I mean, it seems like so many comics use the same “click-to-get-next-comic style… and I like The Power Grid/The Oatmeal’s style… I feel there aren’t many other ways for me to display the latest comics and most popular comics for the user to see… is that wrong?

The problem doesn’t seem to be the template (because it’s different enough, considering the simplicity of the whole thing), but the typography. And maybe the way you combine typography with images (text on top, white background, images on bottom).

I’d be hard to answer to your second question based on what we can see here, because it doesn’t look like a layout issue.