I am creating a web app and I have got several questions about its appearance, first here’s a “screenshot” (just a test with Pixelmator): 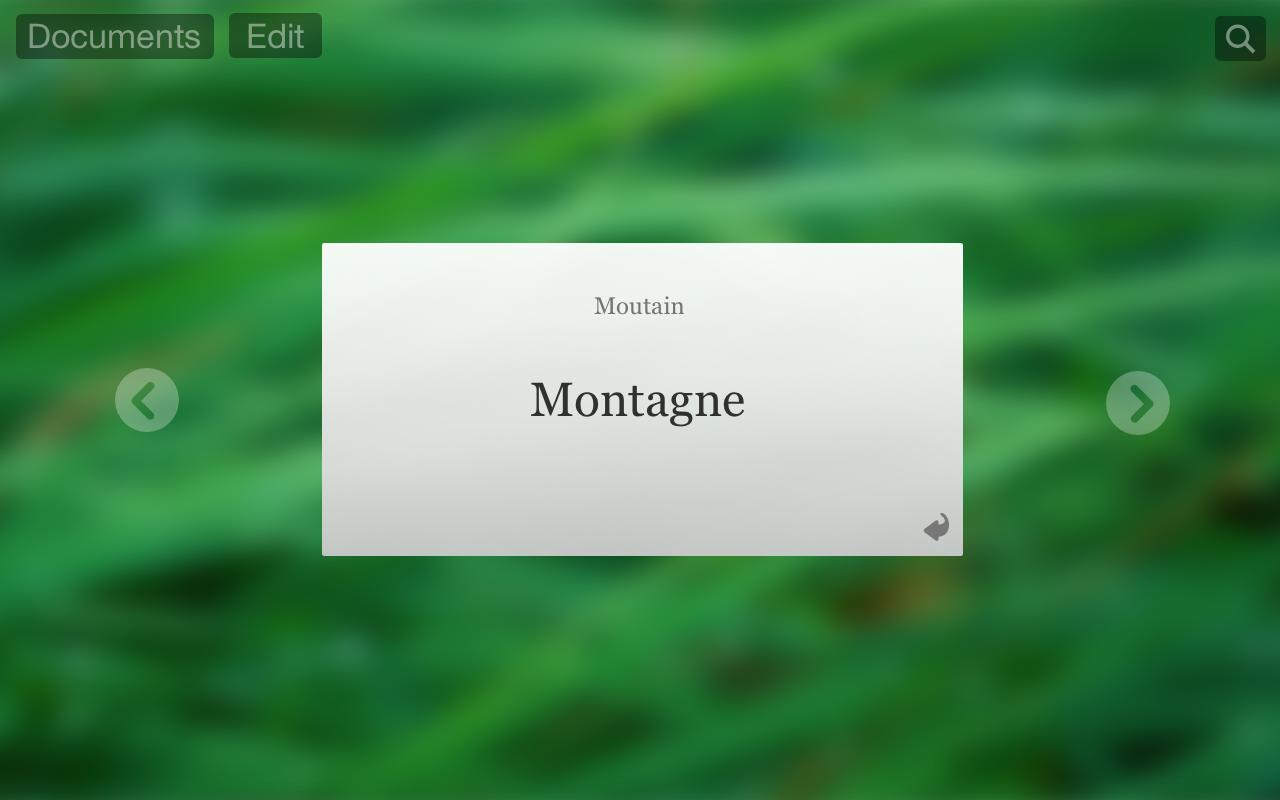 The element in the center is a flashcard, the arrows on the right and on the left let the user browse the cards.

UPDATE (here is a new version, I followed the advice of Jenna and now the cards are displayed as a stack, and also added a letterpress effect to the words on the cards): 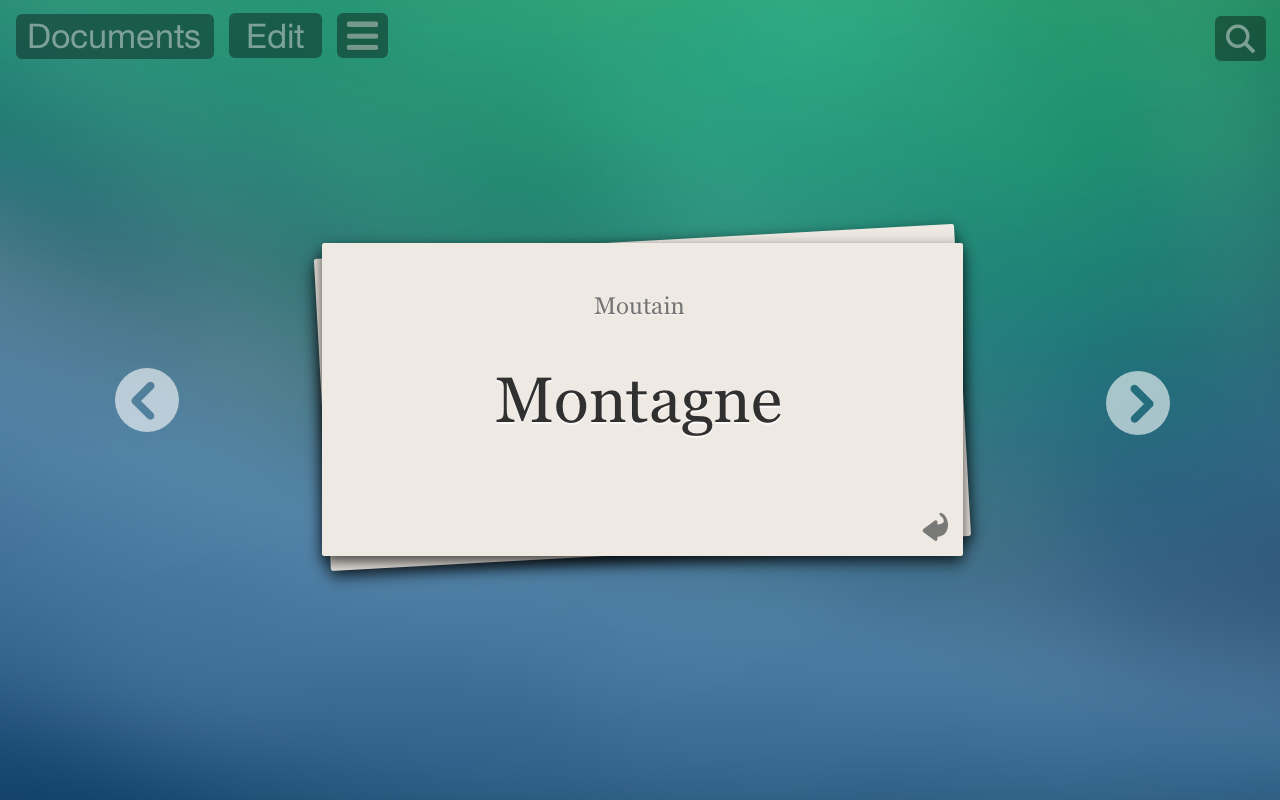 I think a simple way to make it seem a little more card like would be to give a very subtle paper texture as below an have the colour a little off white; #ffffff is too white for paper. I also gave a little drop shadow which I think helps in keeping it both simple and a little more card-y.

I agree with the arrows being white, it’s logical as they are the second most important piece of content on the page, second to the card itself. It makes sense that it fits with the body rather than the menu.

The different font I would say makes sense. It’s good to separate the content from the menu a little. Also I agree that it being different makes it easier for a person to remember. For this same reasoning I have made the word ‘montagne’ a little largerand though it is not completely black (#000000) it is close. The contrast helps too.

I would also suggest that with different themed words you could change the background image, the colour will then be associated with the word to allow for easier memory. (i.e. now I associate montagne with green and mountain)

Here’s the original on the left and a quick example of a little texture, off white colour and some dropshadow and increased text to keep it simple and clear.

The stacking looks great, especially with the consistency of the light source and the nice shadowing. Here’s another example with some added monochromatic noise (as was suggested by Aaron) it does bring out the paper texture. I added a little motion blur to the noise as paper does seem to have a bit of a rough brush finish to it if you look really closely and the noise brings out the little inconsistencies of the density of paper.

All in all though, yours is looking very well and this is just another suggestion to consider 🙂 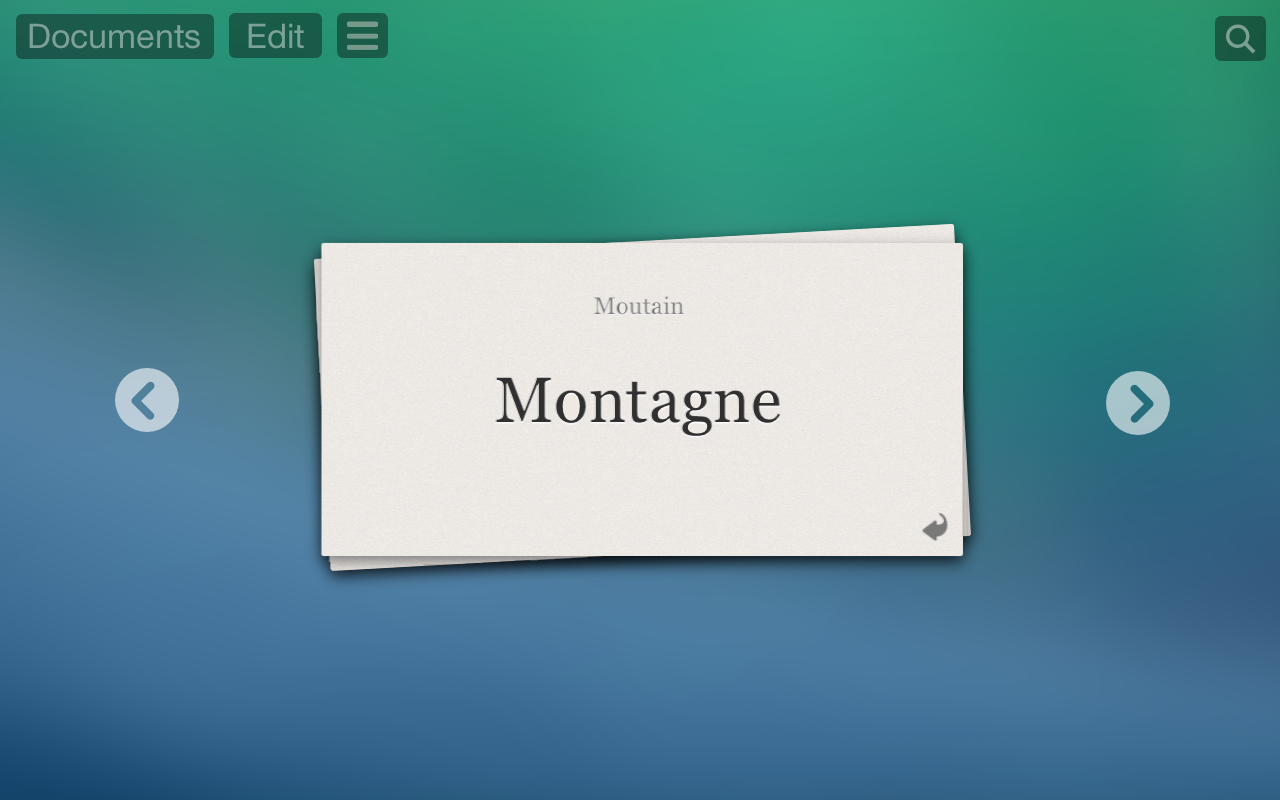 Close comparison between paper before and after; 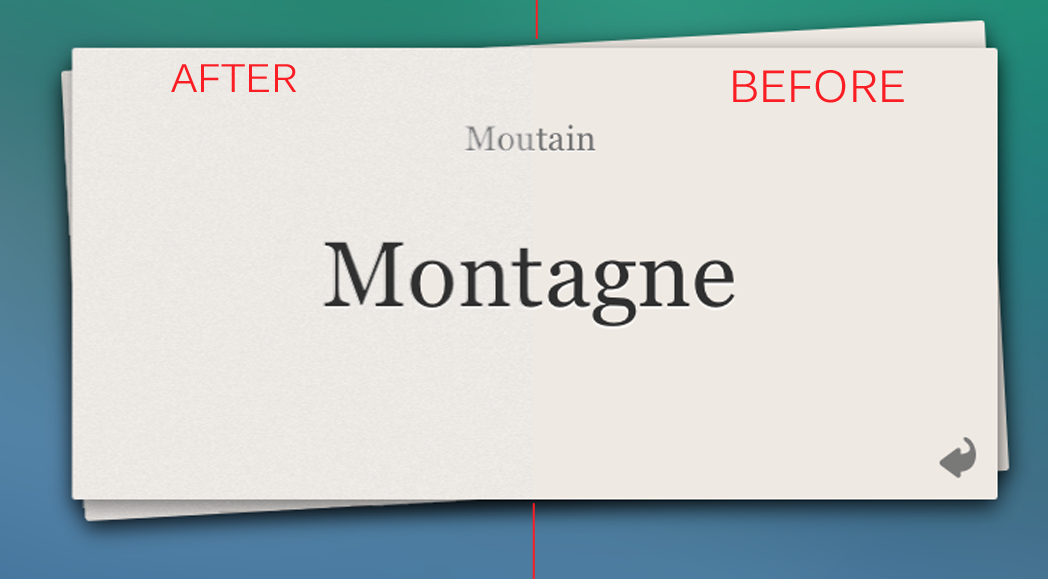 It’s a bit of a rough example and again I stuck to keeping it subtle, dramatic noise would of course take away from the clean design.