Some software (such as Microsoft Word) will silently use oblique or “faux” italics and bold styles when the appropriate font variant is not available.

For italics, I’ve been using the test of typing Roman and italic lower case f next to each other, since most italic variants have an F that uses a descender. If I don’t see a descender, it’s likely that the software is faking it.

First of all, check if the specific font exists and is installed.

The easiest faux vs real italics to spot are those of serif typefaces. Most well designed serif typefaces are significantly different in their italic forms. They are cursive and more calligraphic. Straight serifs turn to curved “flicks” and different glyph shapes are often used.

Compare Garamond Roman and Garamond Italic and the difference is more than obvious:

Common features to look out for:

Minion, who’s differences are much less pronounced than Garamond are still obvious: 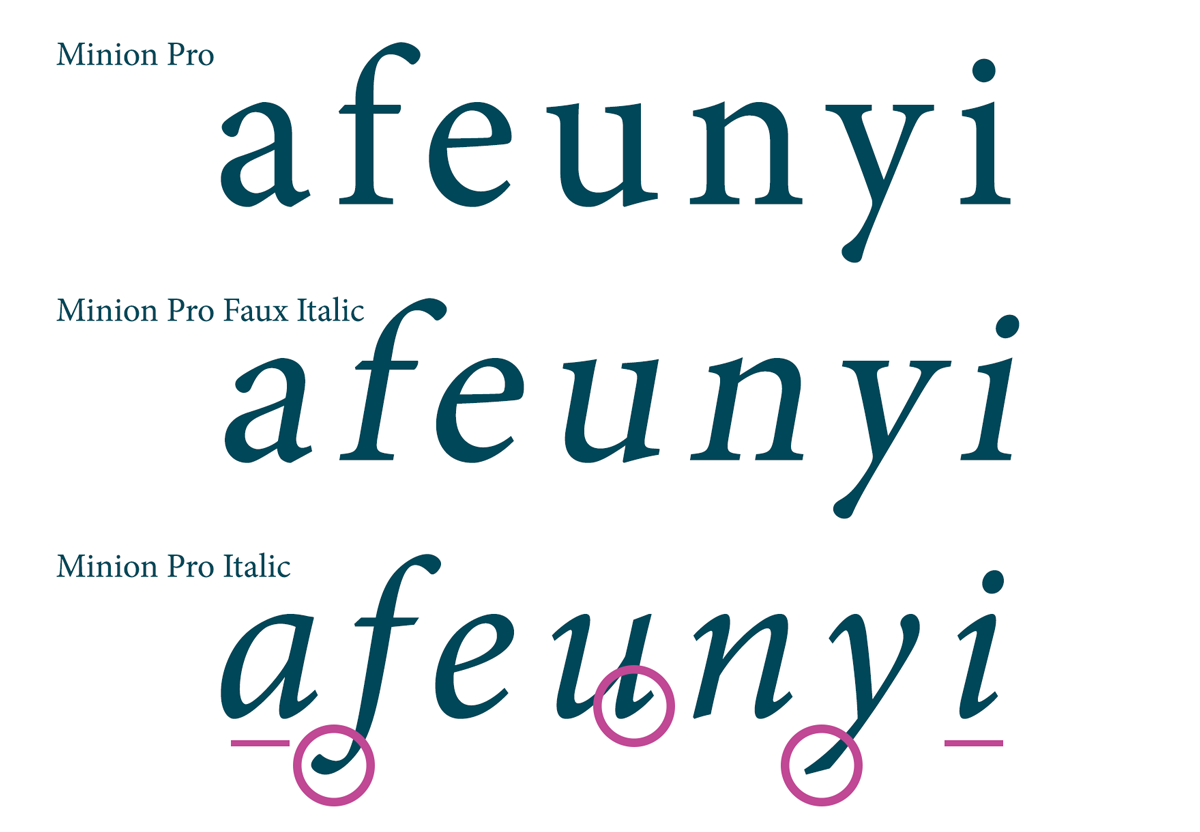 Often used by sans serif typefaces, oblique type is made in exactly the same way as a faux italic—by simply slanting the regular glyphs. Some typefaces will be explicitly called “Oblique” but some will still use the name Italic.

In the case of oblique typefaces your only real option is to inspect the font files themselves. As you can see, Helvetica Neue Italic—which uses an oblique design—is essentially impossible to differentiate from the faux italic: 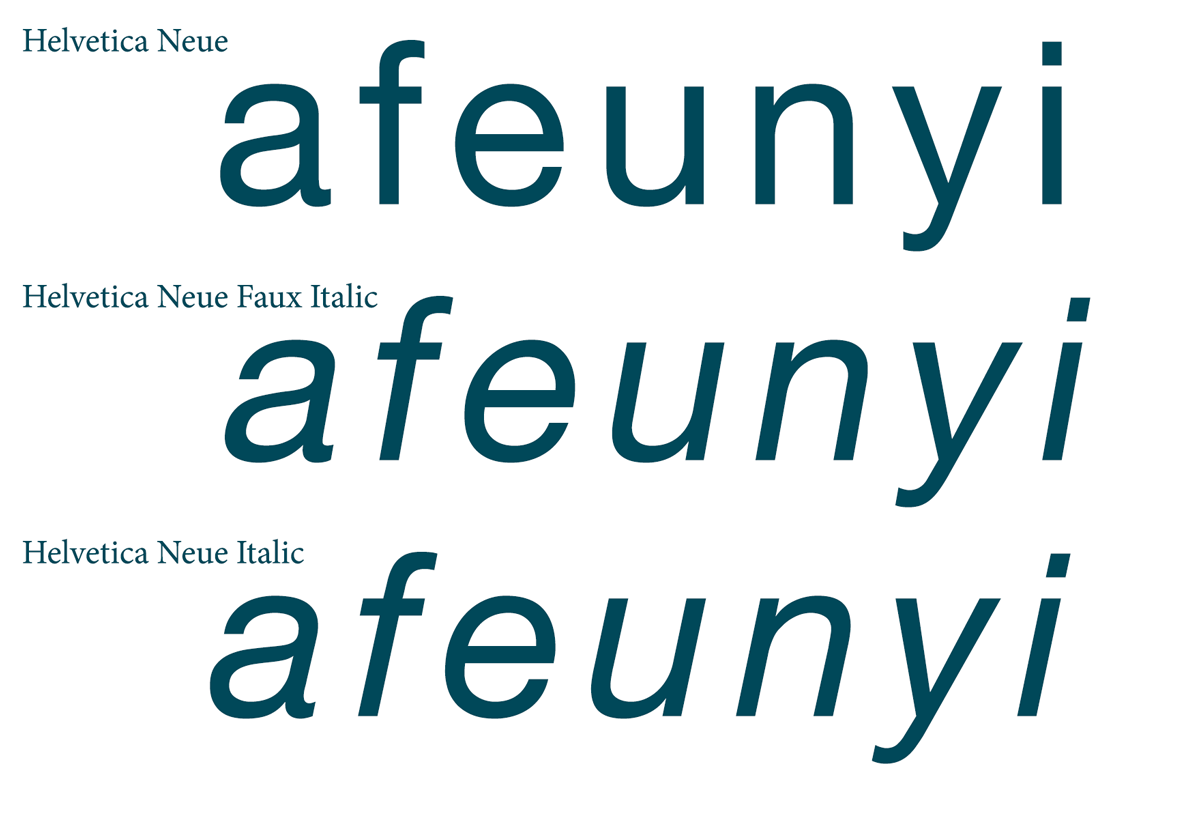 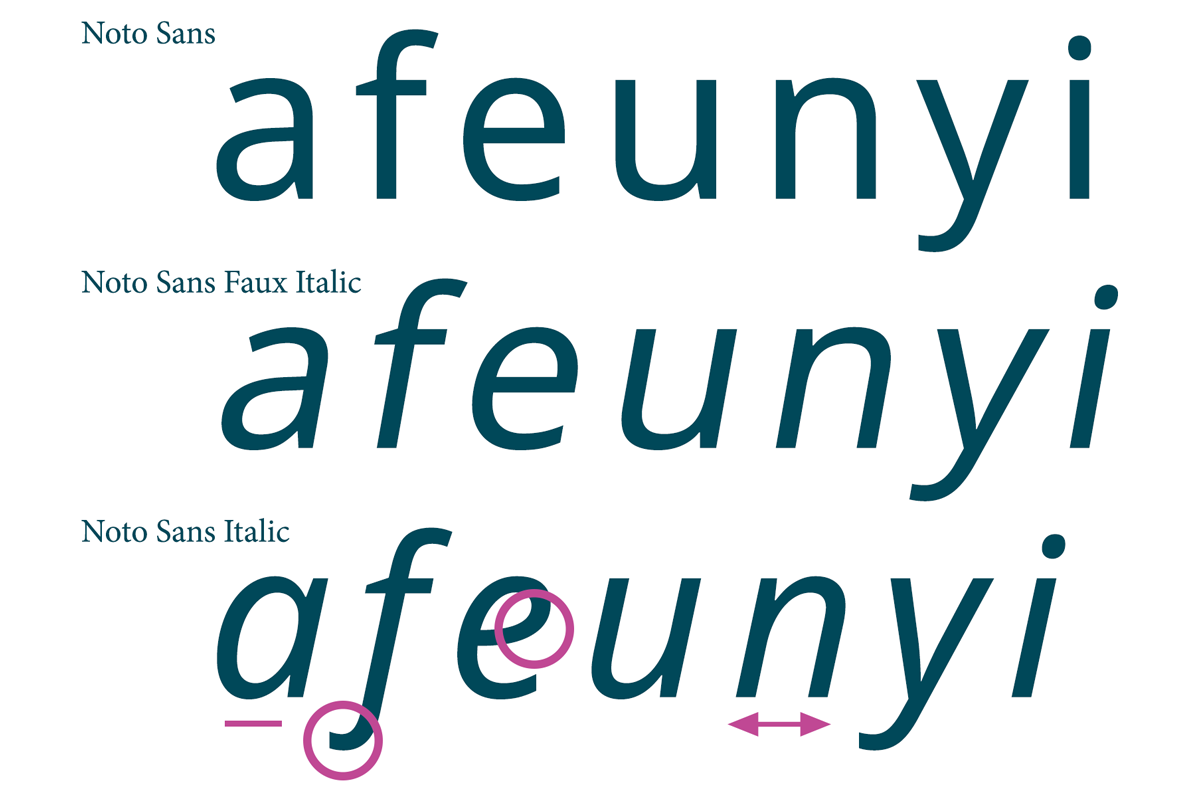 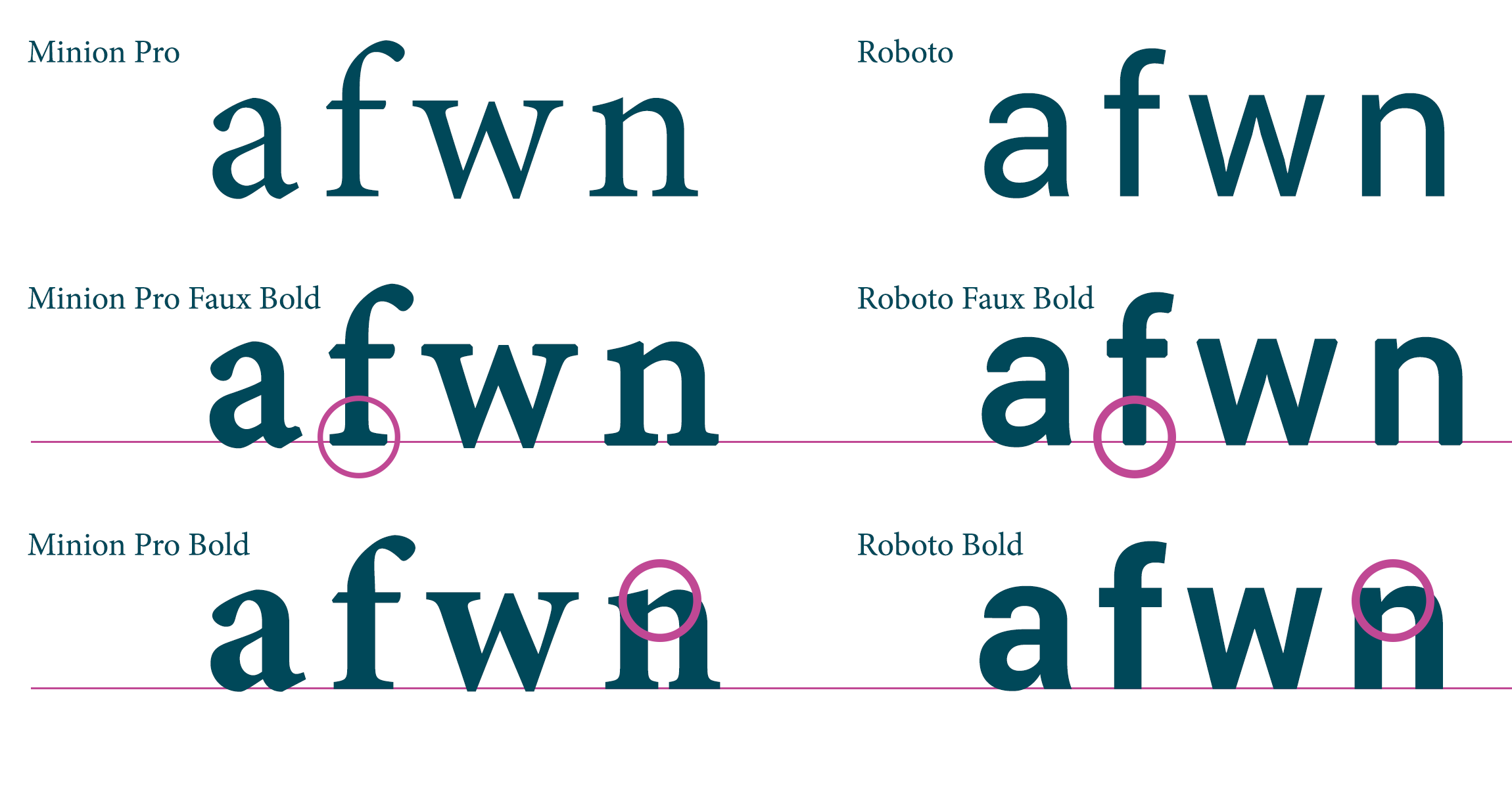