I am looking for stats or polls that show what viewers like in a website design. I have seen stats about what browsers are commonly used, but I have not run across any statistics or polls to answer the following:

Hopefully this can act as a evolving guide for current web design practices, but the nature of the web is constantly changing and as such, this information will gradually be less applicable. There are some major sources below that are worth reading and are useful as tools to convince anyone how important it is to plan for the mobile revolution that will completely redefine web design. 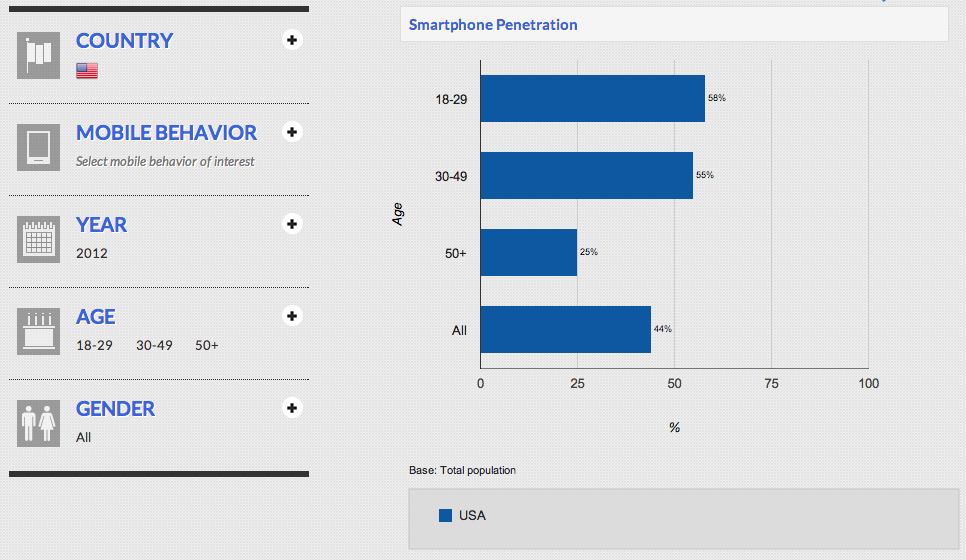 This data seems to agree with intuition that adoption of mobile devices is greater among younger age groups. In a 2013 study by the Pew Research Center, they concluded that smartphone usage has increased dramatically among teens. They found that “One in four teens are ‘cell-mostly’ internet users, who say they mostly go online using their phone.“ {1} This study goes into in depth statistics about mobile usage and tablet usage amongst teens.

The question about what specific age groups like in web sites is very vague and might be more suited as a user-experience question. It could warrant a completely separate discussion. Offhand, this question would deal with the difference in elements between age groups. Topics like color palette, animations, readability, and layout all would be worth discussing, but I think this borders on more subjective.

The trend of mobile traffic as a percentage of total internet traffic has been exponentially increasing. According to StatCounter Global Stats, we are currently greater than 15% {1}. Even more important is the expected inflection point in 2013, where the number of Smartphones and Tablet units are expected to exceed the number of Notebook PCs and Desktop PCs {2}.

I’m going to try to avoid a full discussion of responsive design, but briefly go into some elements that are necessary to examine when designing for responsive sites.

How the content flows and the text responds to changes in the viewport is one of the most important discussions in responsive design. You can see this technique at Frank Roberto’s site

Images will have to be considered when designing for responsive. How the images will scale and how they will appear on other devices is paramount. What’s more, you might want to optimize your images for different devices and viewports so the loading time will not be a huge factor. They have some good techniques for this at Smashing Magazine

Forms have different considerations through touch enabled devices. It makes sense to make this process as easy as possible. Again, there is great information about this at Smashing Magazine