I have this symbol sketch: 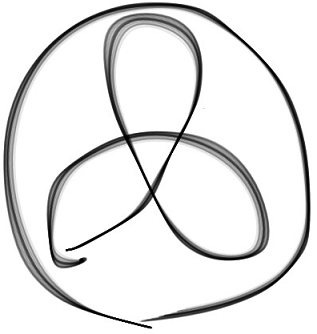 Does it have an existing meaning?

This is called a Trefoil knot and it’s a rather common symbol in both arts and iconography. If the outer ‘leaves’ are pointed, it’s known as a Triquetra.

Both symbols have seen a lot of use, as especially the Triquetra Wikipedia article confirms. Among others, it was a Celtic symbol adapted by Christianity.