Was flipping through Louise Fili’s book and saw this monogram. The text says it was designed based on 18th century designs, but I’m having trouble finding any reference to this style of monogram. Specifically interested in the style of the lettering and the stippling effect behind it. It feels art-nouveau to me, but the text said 18th century. Anyone know what time period or country this style originated from? 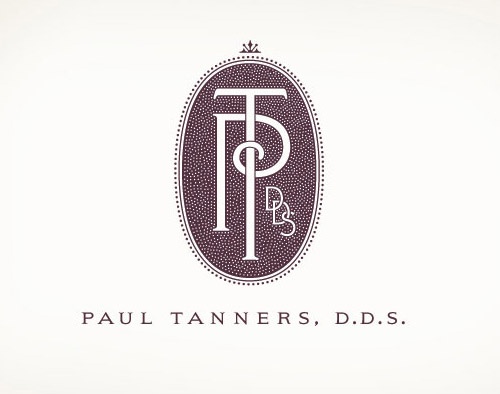 This monogram resembles a cameo, which were prevalent in the 18th century, throughout Europe and England. I did a quick search on Google for 18th century cameo with monogram, and this was one of the images that popped up: 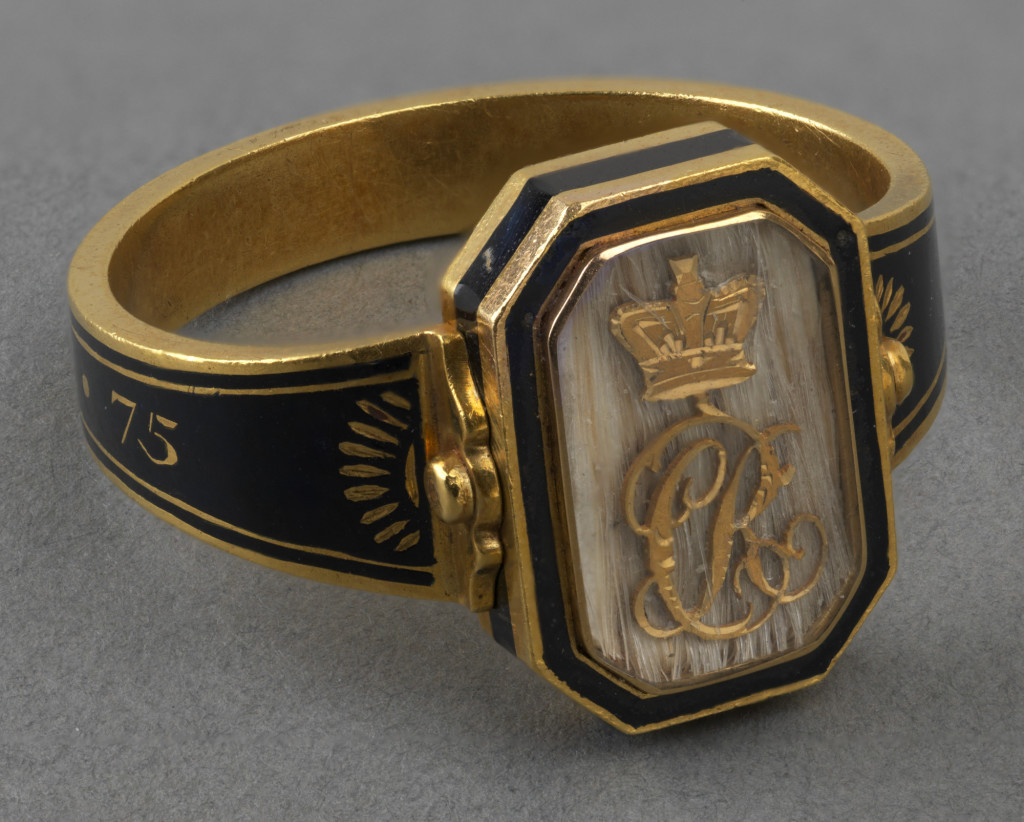 Not exactly the same (and definitely not a logo for a dentist office–it is a mourning ring, and the white stuff behind the crown and lettering is human hair), but somewhat similar stylistically.

Additionally, I found this article on the Cresk Design website, about the history of monograms. The author, Mr. or Ms. Cresk Design (?), states “Towards the end of the 18th century, new styles [of type] were introduced by the English printer John Baskerville, featuring a greater contrast of line widths, thinner serifs and a lighter feel….Within a few years, another style developed, referred to as Modern. It was distinguished by great contrast between thick and thin strokes, straight, very thin serifs, and narrower, more vertical letters.” This description of the “new” style of typeface seems to match what you are showing in that particular monogram.

So, it may be that the book is referring to both the cameo setting and the style of the typeface.