I was browsing the Cover Junkie site when I stumbled upon this cover of The New York Times Magazine.

How am I supposed to get what the cover tries to tell me?

Are there any cultural, linguistic or other references that the cover (or its designer) tries to link to? 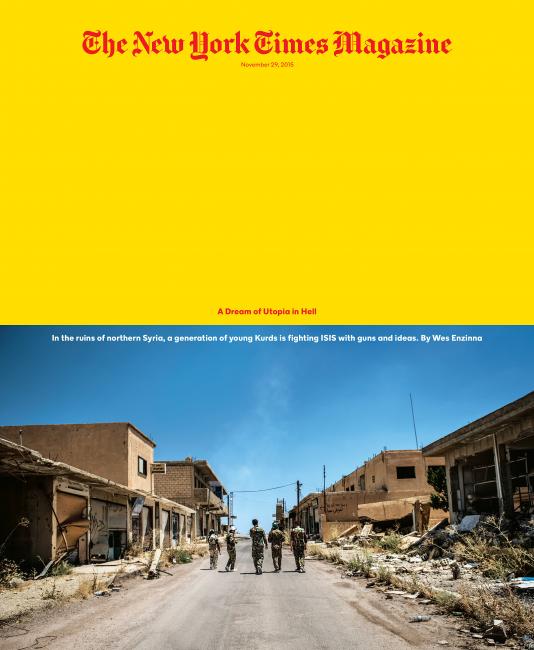 How am I supposed to get what the cover tries to tell me?

Well reading the article is a good place to start. If that’s not sufficient then it might not be the best design either of the cover or the article itself. In this case it did require a bit more research to figure out as they didn’t include the below in the article:

Are there any cultural, linguistic or other references that the cover (or its designer) tries to link to?

Based on the article, I believe the following is probably the cultural reference point though only the Designer could know with certainty:

Rojava is working to become its own democractic nation built entirely on Western Ideals and women’s rights. It is also, according to the NYT article, translated to ‘land where the sun sets.’

The flag of Rojava is: 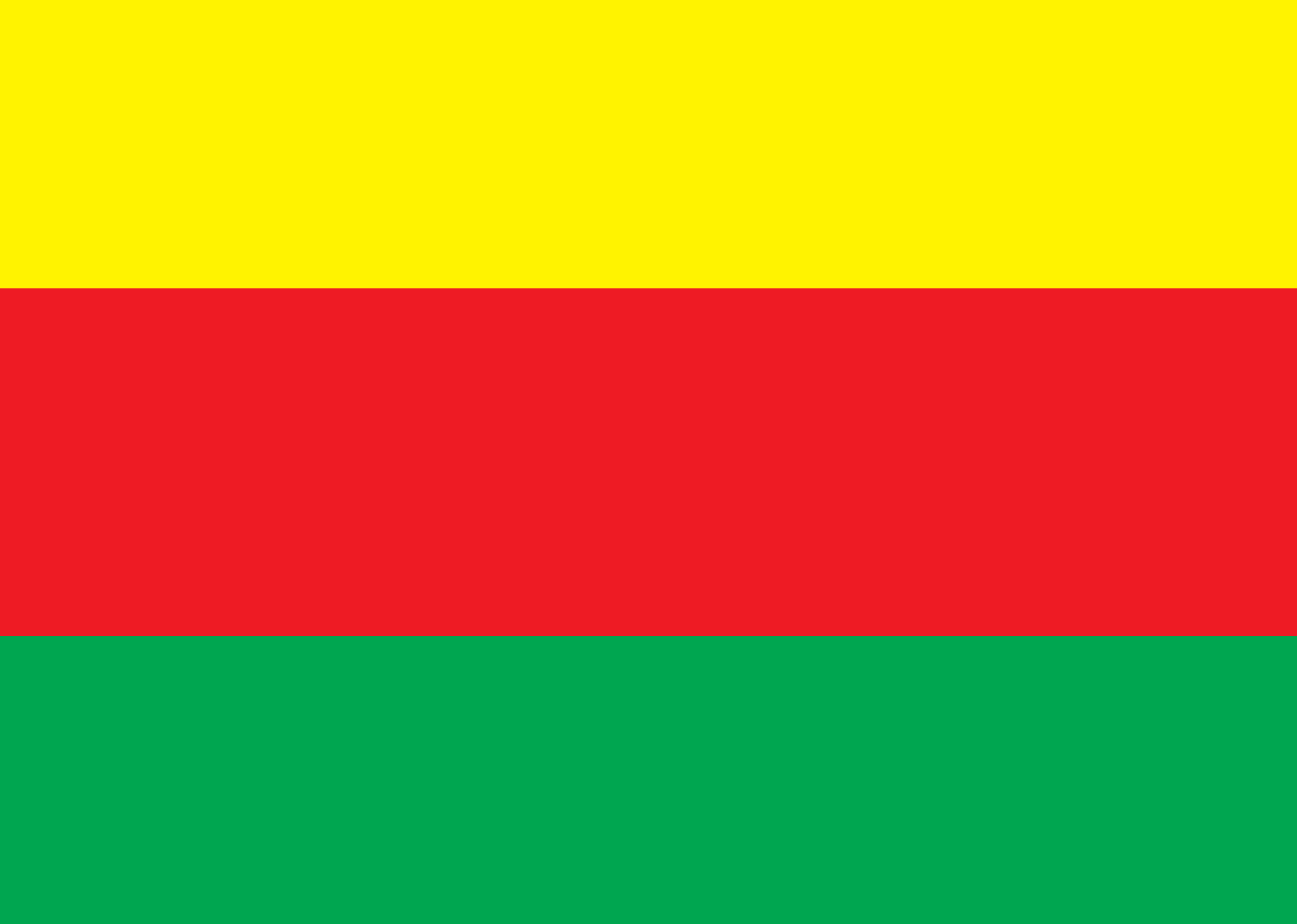 But even more telling is the YPG, People’s Protection Units flag/pennant seen here (first one): 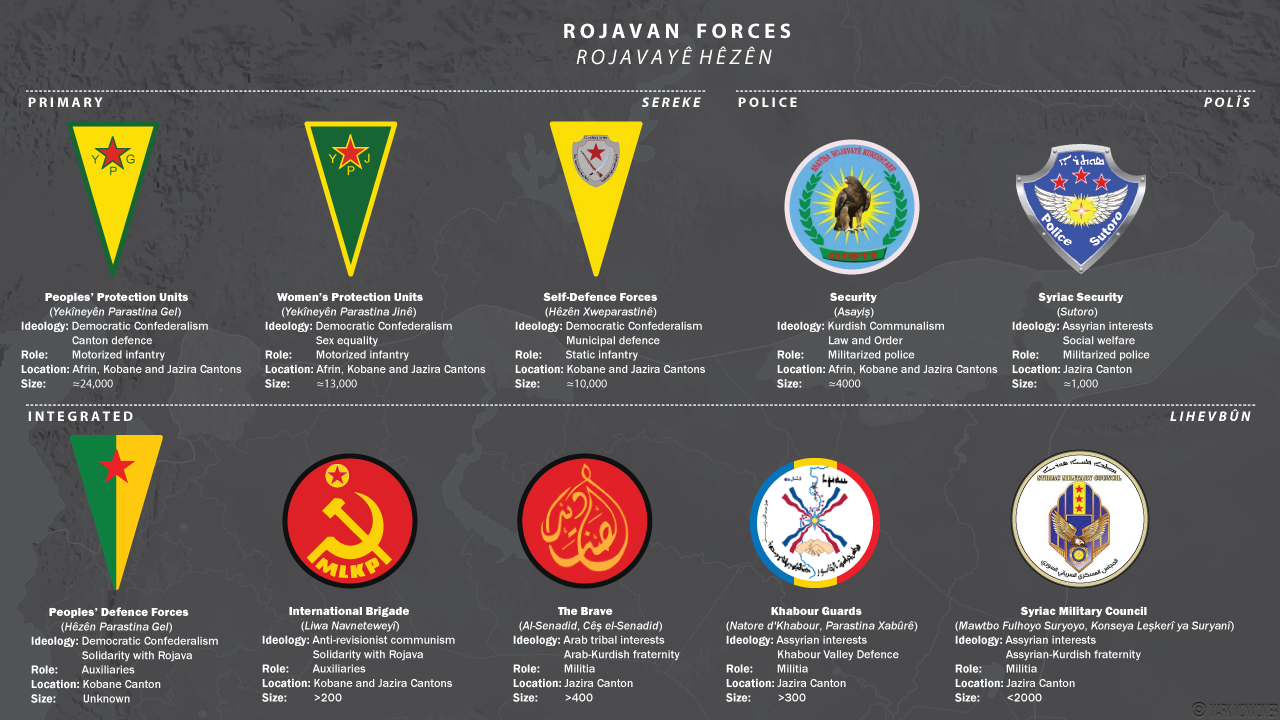 I think its pretty safe to say the colors were chosen to portray these concepts which correlates to the photo selected captioned, “Five young Kurdish fighters walking through Tel Brak, a town formerly held by ISIS.”

While it strays from what the New York Times typically does it is bold, representative of the story, and like Rojava is a stark contrast from the norm.