I am looking for a specific font used in oldish technical engineering docs (ca. 70’s and earlier American electronic schematics and/or block diagrams), and I tried to identify it online, but had not found the font’s name nor a download (either free or otherwise). Strange enough for a tech font, it has ambiguity between “1” and “I”, and between “0” and “O”.

Many, if not all, diagrams I saw scanned online for Apollo Lunar Missions used this font, for example. Same with many old valvular (vacuum-tube), transistor and even some oldish IC (integrated circuits, chips) schematics.

I think (but I’m not sure) these schematics’ texts were made with a letter-rule, a plastic band with letters/numbers bored in it. A pen following the bores’ edges would then draw the letters on paper. To keep machining costs down, these rulers normally used the same shape for a zero and an “O”; a capital “R” was usually made with a “P” plus a little slant, same slant was used with “O” to form a “Q”. Both uppercase “I” and “1” were usually a single vertical line.

All corners and ending caps were obviously round due to the pen being so.

I tried all online font-guessing sites except the serif one, never saw this font has lowercase characters defined and uppercase is sans-serif. No site came up with a satisfactory match. Some were close, but were very different for specific glyphs.

This is an example of the font — and overall diagram style — for an early 70’s avionics microprocessor, probably used in the F-16: 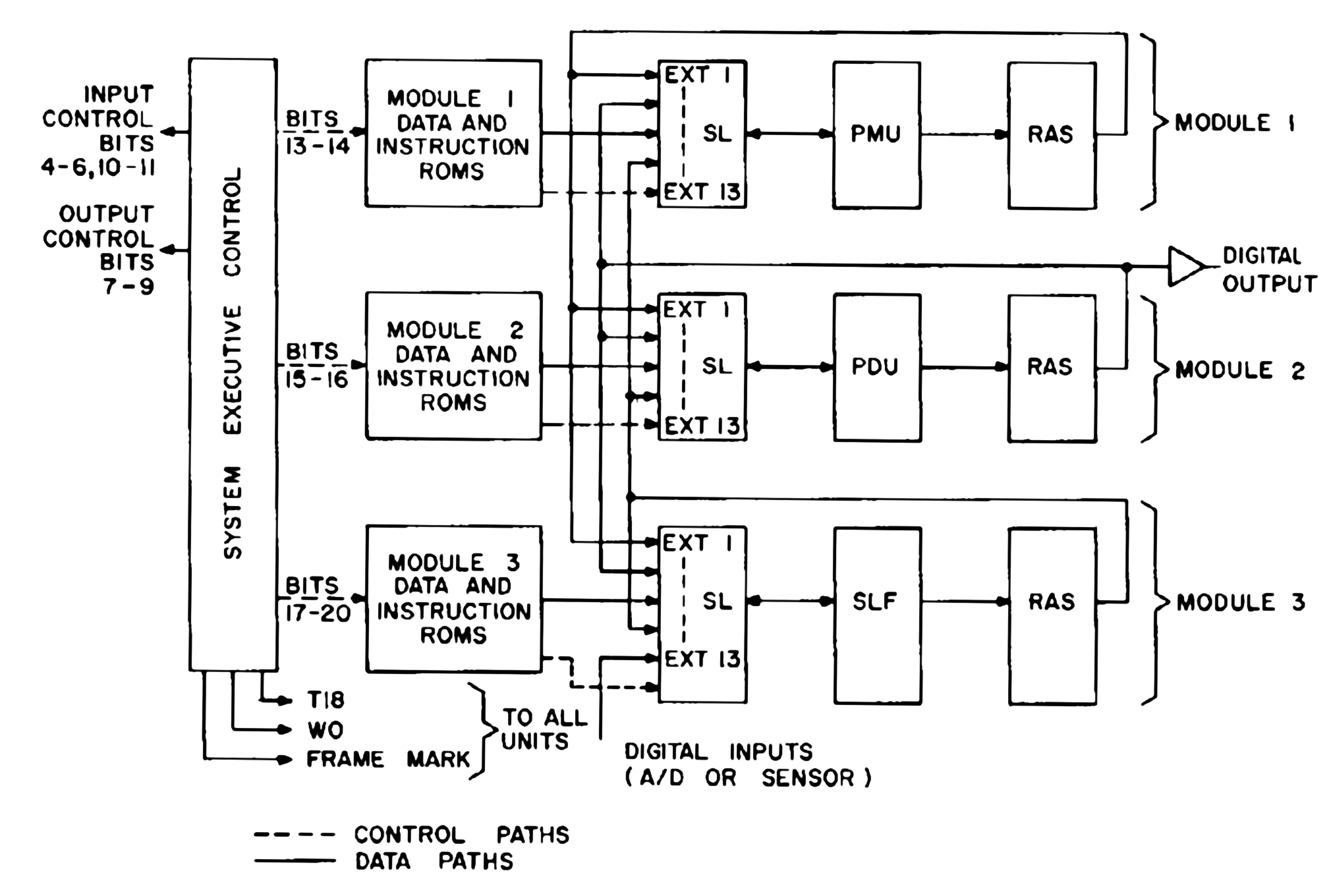 If a free download is available, I won’t mind!

Man, this is a blast from the past. I worked in a mapmaking company in the early 1980s. The draftsmen and -women used Leroy lettering. This was a little self-contained pantograph that traced letters routed onto a stick. As I recall, the sticks we bought from Keufel & Esser.

They scribed the letters onto coated mylar, scraping off the coating. Then the mylar got blueprinted. For high end jobs it got copied in the company’s twelve by eighteen foot photographic enlarger.

We had one military job. The colonel wanted us to make a template of his signature, so we could scribe it onto every map. I think our company production manager talked him out of it by asking if we could borrow his checkbook.

A couple of intrepid souls have made FOSS computer fonts to imitate the K&E templates. But that style is inimitable.