My designer is working on a flat design for a gaming portal for World of Warcraft.

We want to use icons for a sub-menu and figured using icons directly from the game would be best from a user perspective. The problem is that the icons are all 3d. Here’s an example: 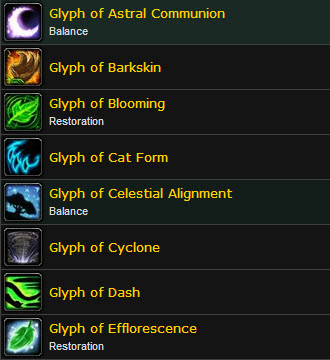 We’d like the menu to look like it’s a part of the flat style but we’re not sure what to do to pull it off. Also using these icons breaks any type of uniformity that a menu usually has (since all the icons are fairly differently)

We can use random flat icons because the sub-menus ARE a little generic… but I still think that using something from the game would be best for users.

Does anyone here have any input that can help us come up with a workable idea to use?

I’m feeling where you’re coming from as far as making the users feel comfortable through familiarity, but ask yourself:

Will using icons that look just like what’s used in game really be a
good way to represent the functionality for my interface?

I suggest that you focus on using the color scheme and style of the game and icons in the interface to create a familiar feel, but keep the icons purpose-specific.

Look at the color scheme, image theme, and button style to format your interface and its icons. Decide on a happy medium between functionality and the desired theme.

Your users will be far more impressed by on-topic icons themed in the style of the game without copying the actual icon designs.

Edit: If the icons in question have exactly the same functionality / intended purpose as the ones in the game, then there’s certainly nothing wrong with using the same designs in the style of your interface.