I’m a developer having a bash at designing a church site for a relative and was hoping to get some feedback on what i’ve done so far. I tend to like clean, minimal sites so that’s kinda where i’m going with this too. I’ve taken a basic wordpress theme and added most of my own styles to it. I’m not entirely sure about how I’ve used the banner image, as it’s a good image but I’ve had to crop it and cut off one of the church spires. I’m also thinking that the widget tabs are pretty plain looking so some work is probably needed there too. The search input isn’t quite aligned correctly just yet, so I’m aware of that.

I also designed the logo, so any feedback on any part of it would be great at this stage! It’s a bit light on content at the moment, so the site probably looks more sparse than it would with live content. 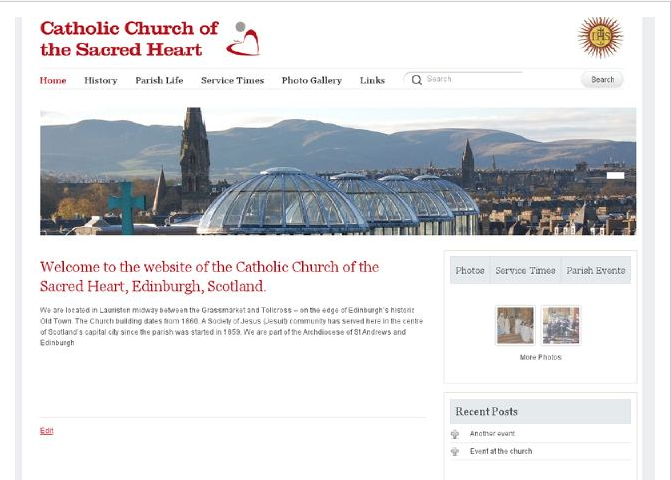 EDIT, following the excellent advice below, I’ve updated the image and am curious about whether or not the banner is now too prominent to be a constant throughout the rest of the site. Any other feedback on the banner would be great. The rest of the page I still need to update. 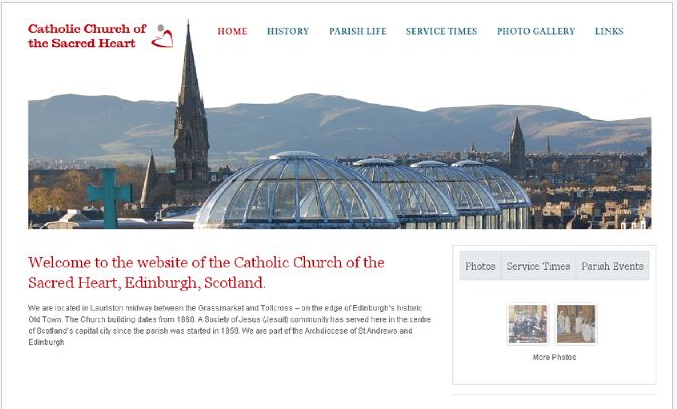 The question is a wee bit vague, but to pick up the points that are specific:

The 2010 theme as you’ve modified it works well. The minimalist approach is appropriate to the subject and stays out of the way of the content.

If I were playing Art Director on this project, I’d suggest these changes:

Eyedropper one of the more saturated blues out of the banner image to use as a background for the widget tabs, and see if that doesn’t add just enough so they don’t look so drab. You could also take the logo (which works well in the context) and add it as a graphic element (not in red, possible a light gray).

The banner image itself should expand so the spire isn’t cropped. It looks to me like the top of that spire will be just below and pointing to the site name, which will be a nice touch. The nav can overlay the image if you absolutely position it, maybe even nest the menu div inside the branding div. With a little fine tuning, the spire will fit neatly between the words “life” and “service”. One of the less-talked-about tricks of design is to make things look deliberate, so it will appear you intended it that way all along. 🙂

The sky in the image is rather drab-looking. I’d remove everything above the buildings on the left half, so that the spire rises into plain white. That will give the spire itself a subtle touch of symbolism that will work well for this project. You will probably need to feather out the sky on the right, to avoid a hard top edge — it should fade out before it reaches the search field.

(On a personal note, I went to school in Edinburgh. Haven’t been back in nearly 30 years, so that skyline is quite nostalgic.)