I need help identifying the font used on this sign. This is the clearest photo of it I have, and the shadows are throwing off all the font-matching tools I’ve tried. 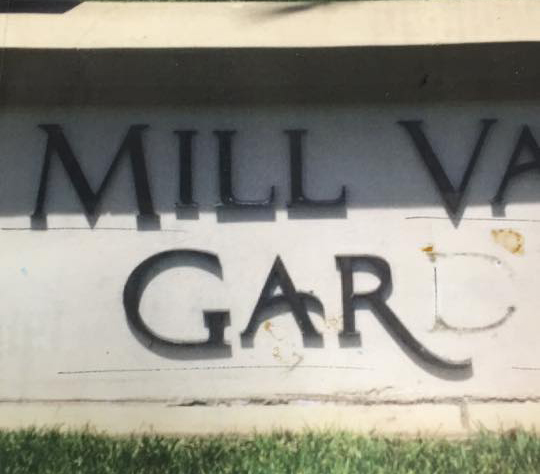 I have tried Identifont, What the Font, Fontpring’s Matcherator, Fontsquirrel’s Matcherator, and have been manually digging through lists of fonts to try and eyeball a match. No dice. I’ve tried isolating the letters from the shadow in photoshop, but have had poor results.

I’m hoping someone might know it on sight? I feel like I saw it used a lot in the 90s (or maybe I’m thinking of Trajan), certainly I’ve seen that A used in logos before, like a movie production company or a non-profit… It’s driving me insane! Any clues anyone has to help me investigate would be appreciated.

This looks like the base was the Felix Titling and then customized (‘A’ and ‘R’). Just compare the ‘G’ and ‘M’. Also if you scale the end of the swoosh of the ‘R’ a little bit down it matches the curve of the original perfectly.