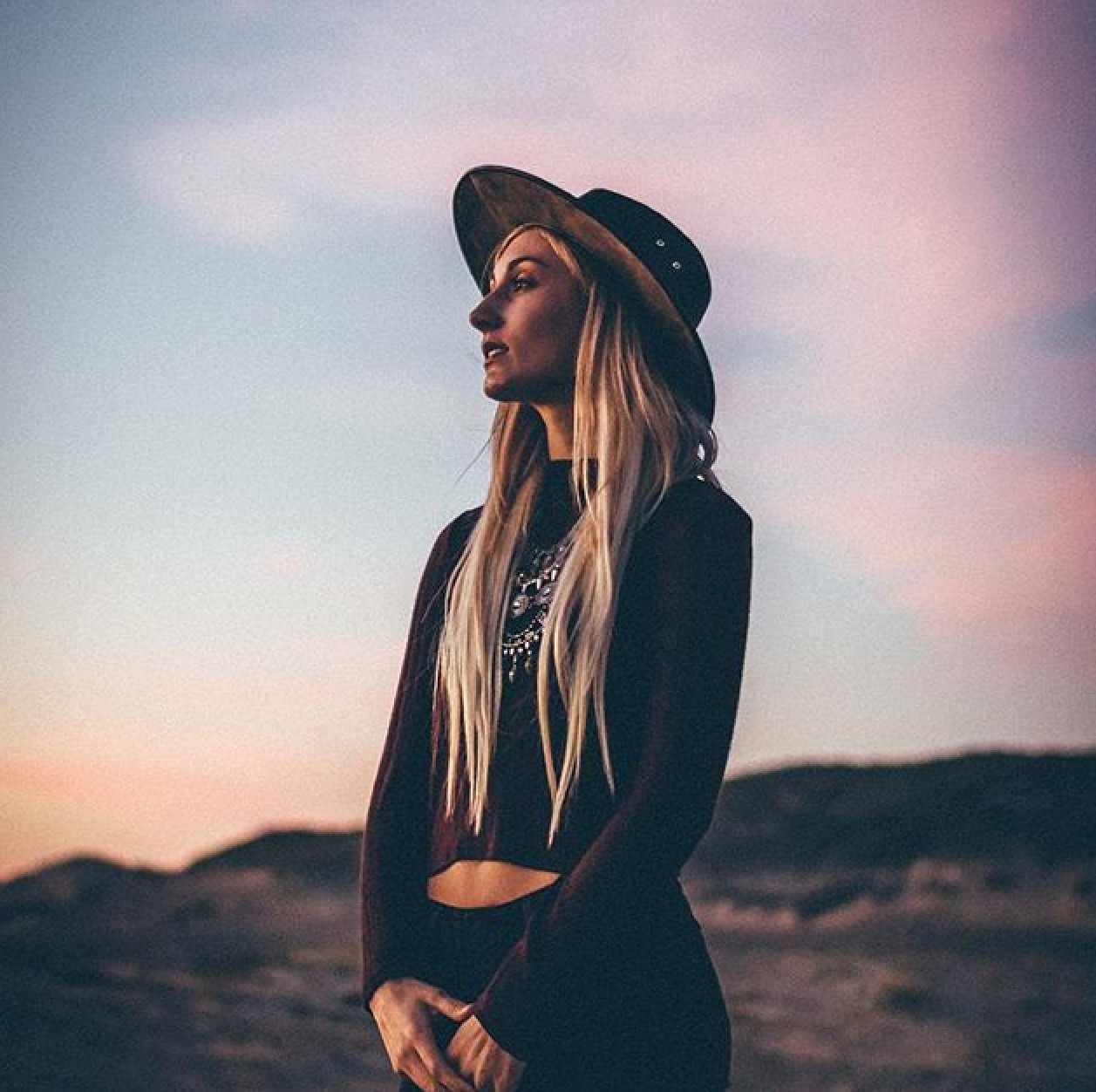 I have tried blending, curves and all I can imagine so maybe I probably just need a good photoshop course.

I have managed to reach certain aspect of this but there’s always something missing.

This type of visual is what I’m looking for on my artwork and I’m desperate to know how to achieve it.

If you guys could help me out with some tips on how to achieve this, or something similar, I will truly appreciate it.

There’s a few things going on in your example. A bit of noise, high contrast, few highlights, and the skin seems to have a bit of red to it. I’ll see how close I can get for you just using a jpg. Using a RAW file would of course be ideal. Using this photo by Alexander Shustov courtesy Unsplash

To start I’m going to pull down the midtones but in this image I lost a bit of detail from her hair so I brought back in some shadows on the curve: 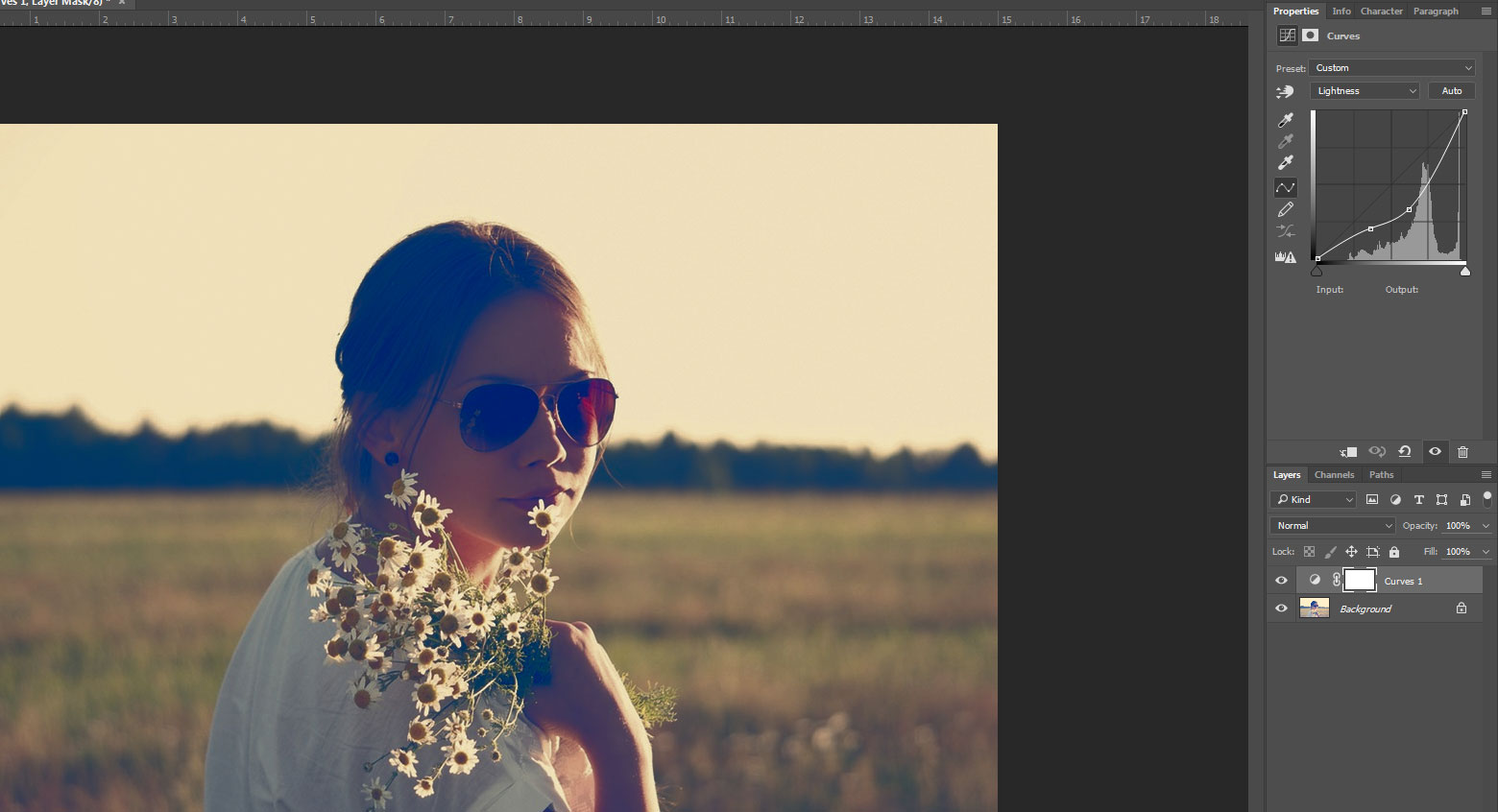 Then I pushed a little bit of red into it. Slightly more in the shadows than the highlights 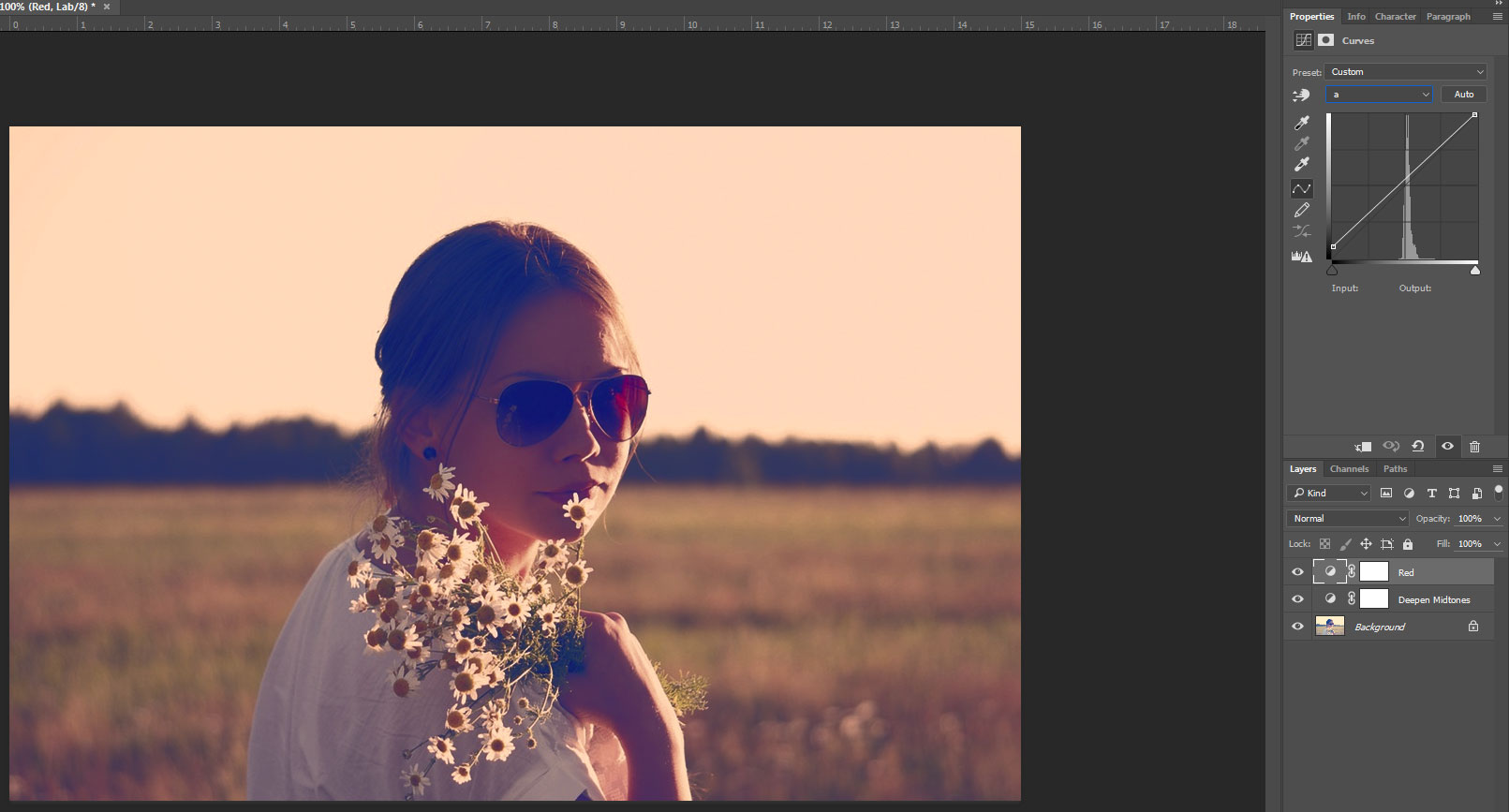 Then I create a solid Gray adjustment layer and rename it Noise then use the Add Noise Filter set to Monochromatic and adjust the settings to taste. Since we’re using a Smart Object Filter we can always change this later.

Change blending mode to Overlay, Soft Light, Hard Light, Vivid Light or Linear Light and then lower the opacity. I kinda like Linear Light with Opacity 10 for this:

This is pretty much done. I think we’ve got a bit too much blue in it so I added another curve to get rid of it. And cause the sky was kinda plain the image I was using I added a little color to it too. Could probably replace the sky entirely easily enough in this one but I don’t feel like it. Final result with layer panel: 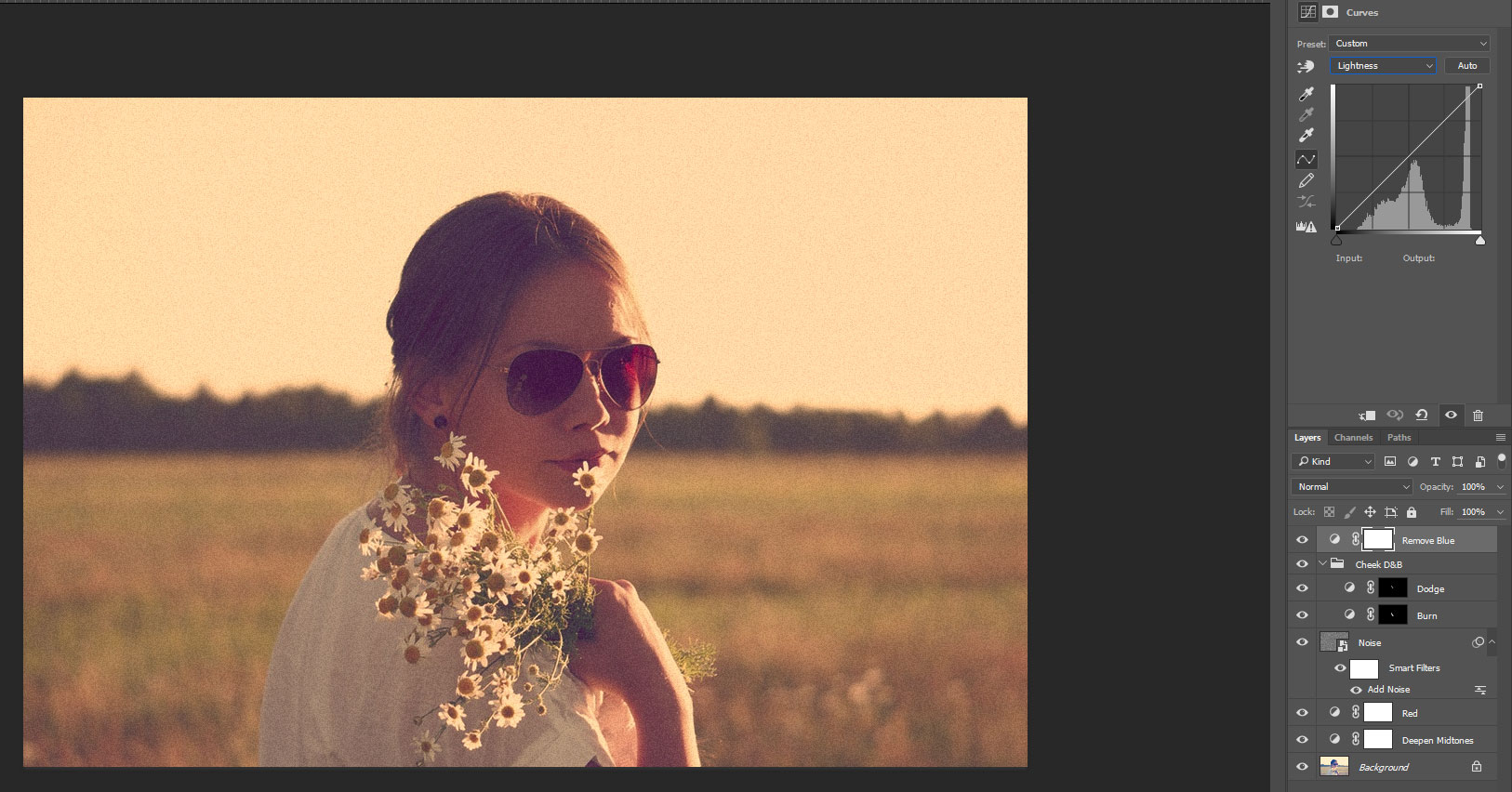 Final Before and After: