I want to create a T-shirt to commemorate the tenth edition of a gaming convention and I had the idea to have the names of all the games that were played during the convention form a big roman numeral X.

I’m looking for a free program, app or plugin that allows me to insert chunks of text (the names of the games) and automatically sorts them to fit the shape as nicely as possible, without mixing the words in the same chunk (but if they continue on the same or on the following line it’s ok).

Multi-directional words forming the shape is ok too but those usually make some words too small for the t-shirt printer.

Do you know a program that can create such a thing?

I can easily work with the image of an X or even a raster image.

What you want is

…which would give you the ability to create tag-clouds and word clouds that looks like this: 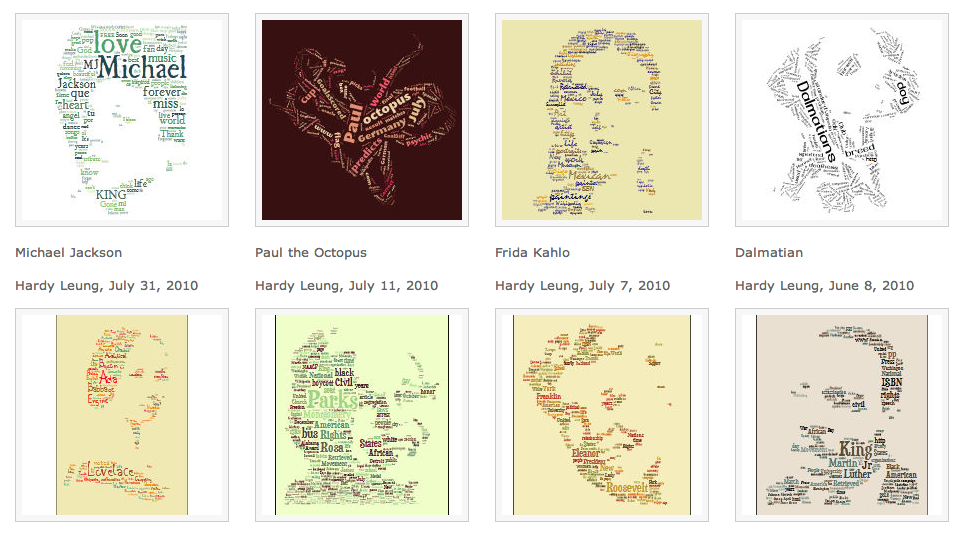