I would like to highlight individual components of Kanji characters with different colours.

So far, I have been able to successfully re-colour several characters by using the ‘Expand Object’ feature to transform the characters into vector shapes and manually change the fill using the ‘Live Paint Bucket’.

For most characters, the component (in this case 貝
) is isolated from the rest of the character so it is very easy to adjust.

In the illustration below you can see the parts highlighted in green are separate and those highlighted in red and joined with the rest of the character.

I have tried using the knife and scissor tools but they don’t give a clean result.

It is particularly hard to separate the parts as they are compound shapes (there are two white rectangles in 貝 for example).

Below I have shown roughly where I would like to divide the character as an example. 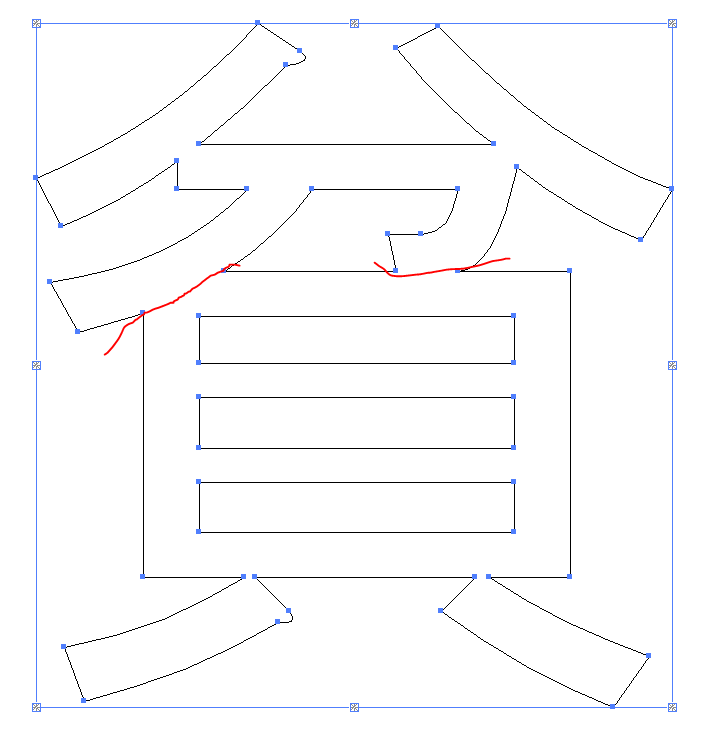 I have tried many different typefaces but they all have this problem.