I want to make a heat map of an Earth-like planet for a poster just like the one on the picture below. (The map doesn’t need to follow Earth’s geography, spaces for land and ocean can be randomised). I tried using Photoshop to render clouds and create random shapes from there, then stacking layers on top with smaller shapes and different colours for each thermal threshold. But the colours did not blend in well with each other and it looked like a topography map rather than a heat map. Is there any way this can be done easily in Illustrator (Photoshop is also welcome but I only understand the basics).

Thank you very much to anyone who could kindly help. 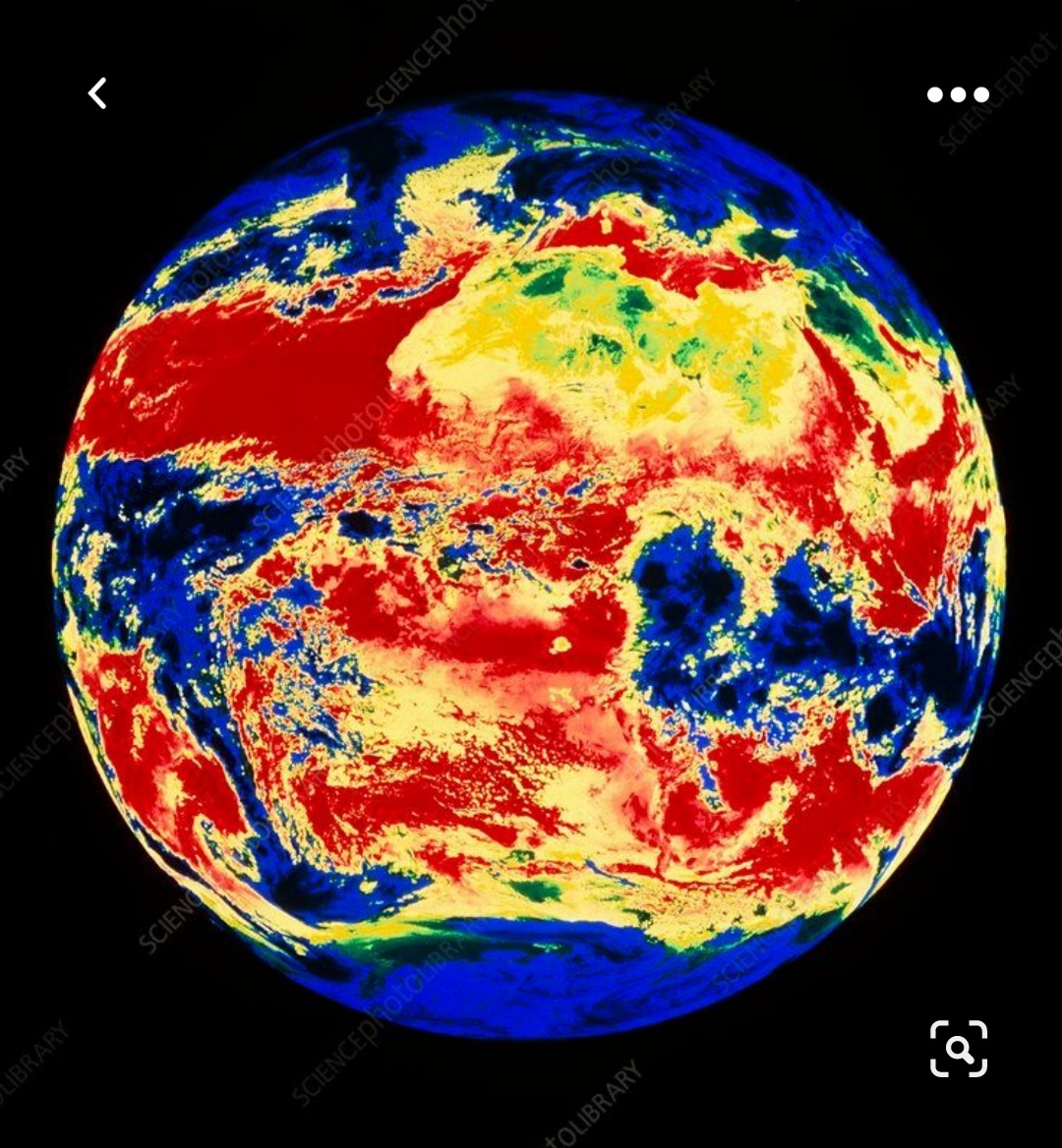 Illustrator isn’t the right kind of sofware for something like this. The example image is clearly raster, not vector, and it’s not really random either. There are some quite distinct structures.

Anyway, it’s possible to create something similar using Photoshop and one of those cloud pictures in the link from Rafael’s answer. Obviously not a real heat map, but a pseudo heat map effect.

Et voilà! You have a 3D sphere with a pseudo-heat map.