I tried using Photoshop CS6 to make this button pushed:

To get this result:

But this doesn’t really looks pushed because of the white round arrow stays intact perhaps.

Is there a quick way of doing this with any kind of image or does it require some considerations?

If we leave out jokes such as “put a fingerprint on it” or let it have “ON” light, the possiblities are quite limited. Without an unpressed reference button only the placement under the surrounding surface is a strong enough glue. The right illusion is difficult to achieve, very easily it seems to be a disk hanging in the ceiling. See NOTE 1. 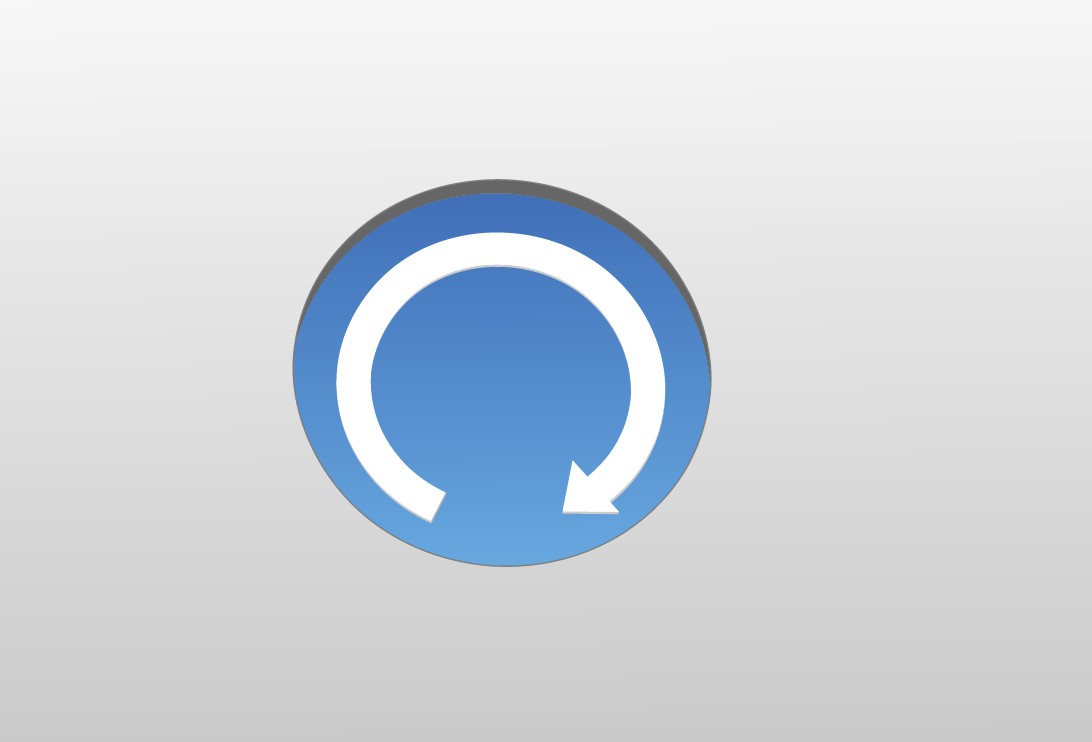 This is actually a screenshot from Illustrator, but it hasn’t anything which isn’t repeatable in Photoshop.

The button is vertically squeezed to elliptic to make an illusion it’s partly behind the surface. That illusion is tried to make stronger in following ways:

I tried also to have a solid blue button with a pinpoint shadow at the upper edge. Here a blurred grey sickle has been inserted. It unfortunately somehow makes the wrong “hanging disk” illusion stronger. I tried to compensate it to make the apparent thickness of the arrow bigger. 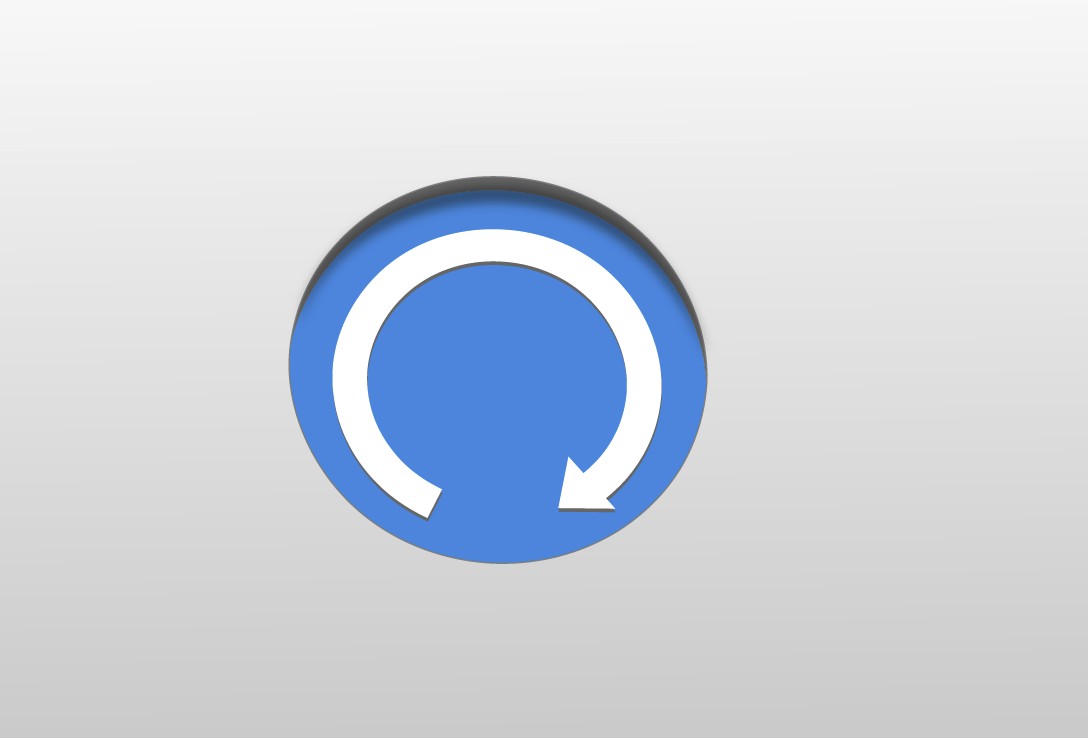 Just to test it in Photoshop I made this:

This can seem complex. The PSD is available for further examination here https://www.dropbox.com/s/scalmtcxsojuvku/ButtonPressed.psd?dl=0 The link is valid in February 2019.

There’s other cases where the wrong illusion also has been a problem:

Adobe Illustrator: Making a shape appear to be “carved” into a surface