More specifically, how do I produce this square background shadow:

There are two effects you’re asking here. One is the checkered background, and the other one is the drop shadow. 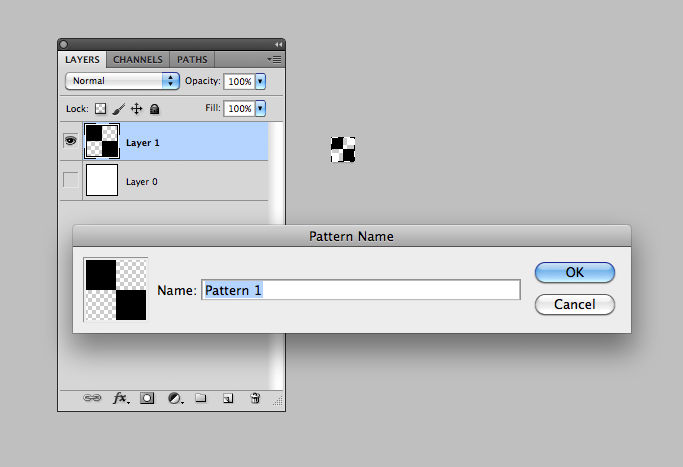 Create a new image, make it 6px by 6px. Draw two black squares that are 3px by 3px. make sure you turn off the default background layer so the non black square spots are transparent. Hit cmd+A(select all) then go to Edit->Define Pattern. Name the pattern whatever you like.

Now we have the pattern defined, let’s start the actual image. For my example, I’m using a 600px x 600px dimension. 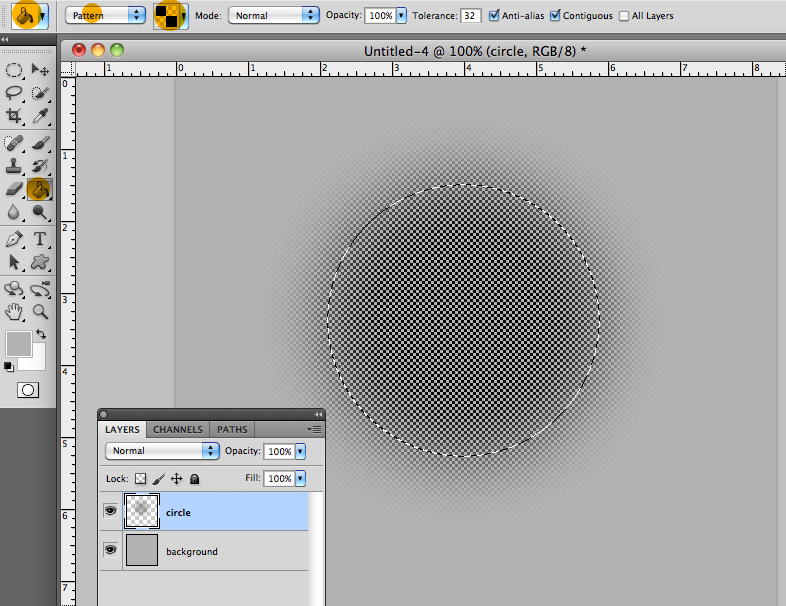 From the screenshot above:

Then play with the opacity of the checkered circle layer until it’s subtle enough for your liking.

Note: there are other ways to achieve this effect too. For example you can fill a solid circle(without feathering) with the pattern, then put a layer mask on it and use radial gradient. But I feel this way is simpler. The layer mask method gives you a lot more control though.

Now for the drop shadow: 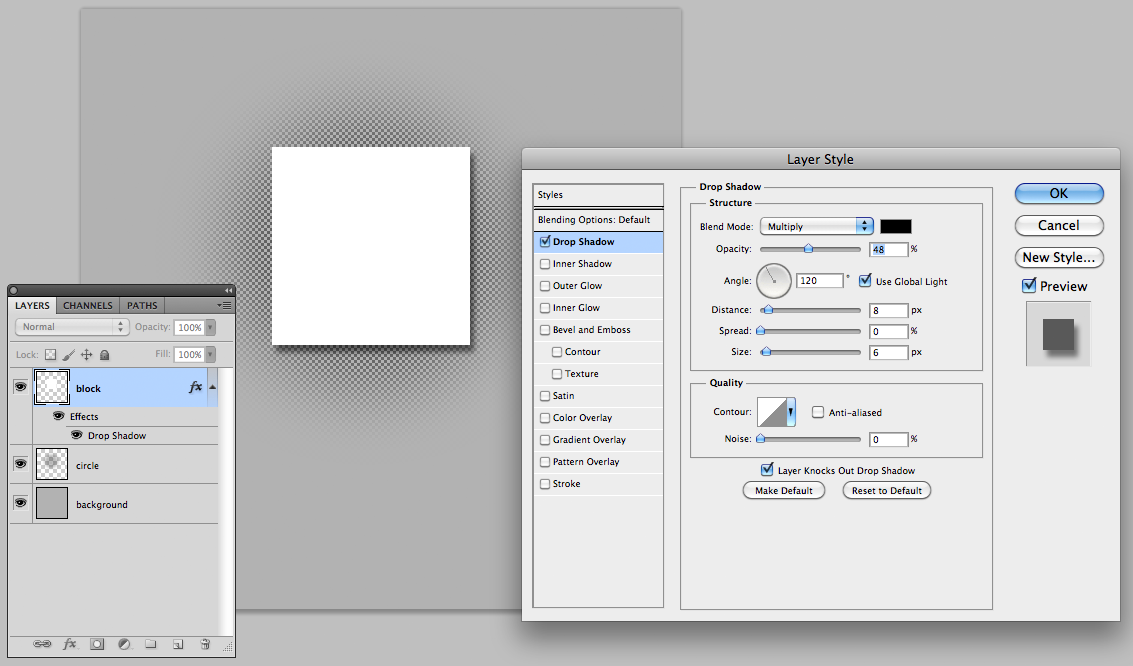 Judging from your screenshot, I couldn’t tell what type of cast shadow it is since it’s cropped and dithered somewhat. But it looks like a fairly simple drop shadow in the layer effects. I drew a white block in a new layer, and set a few drop shadow options(click on the screenshot to see full res version). In your example it looks like the blur value is 0, but I can’t tell if that’s due to poor image quality. Feel free to play around with the values though.