Link to file: InDesign File – watch out. There are text fields (with the captions) sitting more or less “on top” of the comb fields.

It’s not a trick question. I really did it already, last year! I have been trying to figure out how for thirty minutes and I simply cannot remember how I did it! I do not consider myself an InDesign expert. 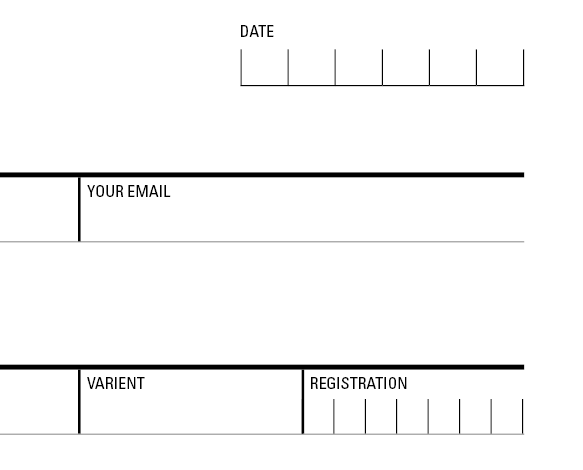 I recall it was relatively simple, they are not individually drawn lines (as far as I can see), and I recall that varying the amount of characters was trivial as well, you can see two here, but there are many on the form.

My first guess was something in “text frame options”, hopefully “render a comb of n characters” but I cannot see anything. It also doesn’t seem to show up in the stroke panel.

There is only one linked image in the document (the logo) so it is definitely not an “image”.

When you select the layer, the “whole thing” is highlighted (see image below) and the layers palette reports the object as simply <text_frame> 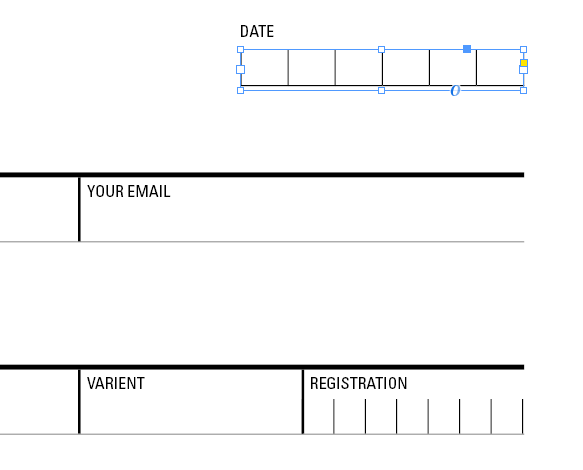 If I try to type in it I get one or two characters in the first box and then they wrap/disappear when you type another.

If you resize the field nothing happens to the comb: 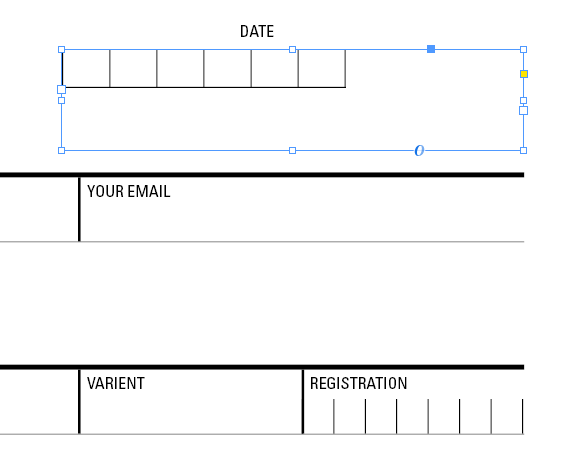 I can find nothing online, except https://forums.adobe.com/thread/2416378 which is recent, but every option there is definitely way harder than whatever my former, and evidently more intelligent, self did last year.

Anyone want to prove themselves cleverer than me? But hey… only as clever as I was last year 🙂

How to make a form field with a table:

After checking the original file:

It’s a table, exactly the same as the description in the first part of the answer.

The way InDesign manage tables is perhaps a little different than in other applications. In Indesign, a table is not a separate object but is an object inserted within a text frame. Selecting the text frame you will see just text frame options. The only way to select the table is editing it with a double click.