One of the big bosses at my company is up in arms about “grey font” right now. Even using the dark grey from our style guide for text ends in a lecture.

I know that contrast is critical and I have always valued function over form, but I see cases across the web where grey fonts have been used. Personally, I believe that pure black font is too much contrast and can be kind of jarring to look at on a web page.

The examples I have below come from Google and Apple, both of whom are renowned for leading the way (more or less) in web design. Both of these sites use almost entirely grey font.

I tried to use this as a way of saying that dark greys are fine to use, but my boss swears that it’s a bad trend that people will look back on in 10 years and say “man they were stupid in the 20 teens”.

I pulled the following info off of a government website.

I checked the contrast ratios on one of Google’s web pages and apple.com using this tool. 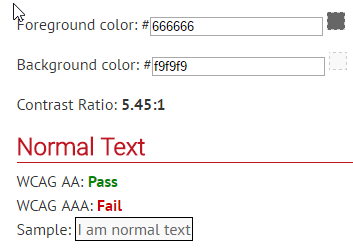 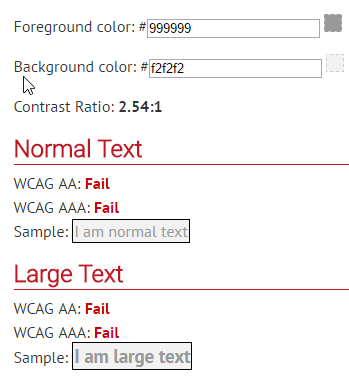 I also found this on another website that shows the point at which the grey becomes too little contrast. 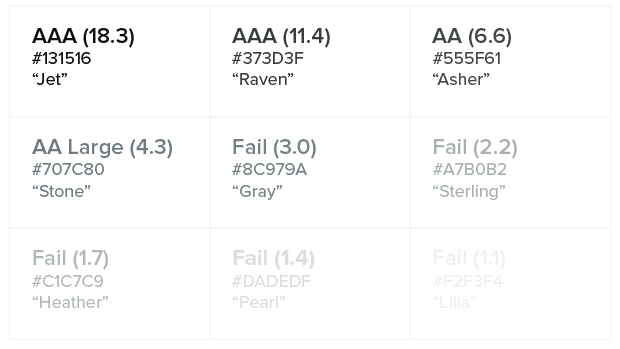 How can I convince my boss that as long as we pass the contrast test, grey font is fine to use?

And is it okay for Apple to have text on their site that fails every section of the contrast test, or is it bad design/a bad trend?

Legal departments/requirements are often not logical from a design perspective. Many times I must do something that is aesthetically unfounded, merely because a legal department wants to “be sure” there “absolutely no possible way” anyone could interpret something as misrepresented or hidden.

Honestly… in spite of any logical arguments… I’d do what the boss is requesting. While from a design/contrast technical point of view you may be correct. Your boss may have more important reasons for requesting black text.

Huge corporations like Google and Apple can afford any legal hassle. To them, it’s not a big deal to combat claims they aren’t showing disclaimers clearly. Smaller companies may not be in that position. In fact, one such claim may easily bankrupt a smaller company. In many circumstances where legal text is at issue.. “design” is not the primary concern, and often the least valued aspect.

In addition, target audience may be a great concern. Apple and Google target the ~20 year old range… I know it may be hard to believe, but eyesight is much better at 20 than it is at 40, even if there’s never been a need for glasses before. The older the audience the less the muscles in the eye are able to focus clearly. So, there are factors such as demographic age which can be a huge reason lower contrast text may not be a good idea. In short, form vs function… without function, the form is inconsequential. It may look nice, but if it is imperative to read, and can’t be read… well…