Trying to create a glow effect similar to the following image on Freepik using Inkscape: 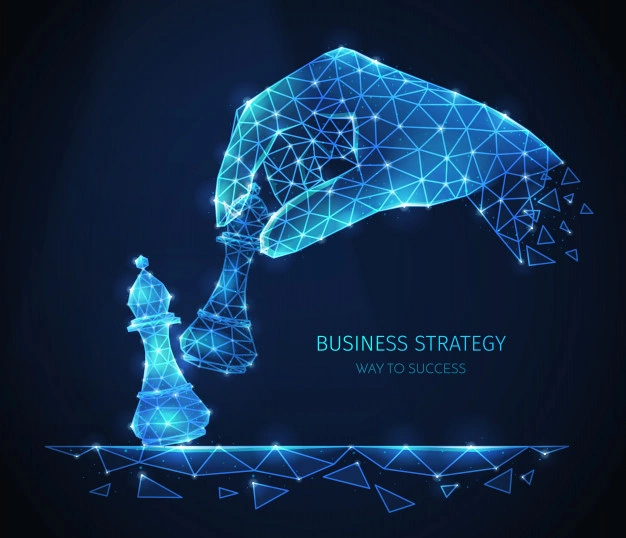 I can do the network part fine it is the background glow that is eluding me. I also have GIMP if that helps.

In my opinion, glows are easier to achieve using raster software like GIMP, so I wouldn’t use Inkscape for this.

Also, the initial graphic looks like it could be wireframe low poly 3D models made using software like Blender. In fact the whole thing could have been made in Blender or similar 3D software, including the glow effect.

Anyhoo, in GIMP, you could try this. This isn’t a tutorial, just the basic steps.

Something like this example below. This is just a very quick example to show the basics.

Maybe finish off, by painting some background dark blue glow with a large soft edged low opacity brush, then do a new layer from visible and do another curves adjustment to make it pop more.