I have a photo with poor quality and lighting that needs to go in a print newsletter. There is some lighting issues, and a blue-ish color in part of the image. I’d like to fix the image using GIMP. 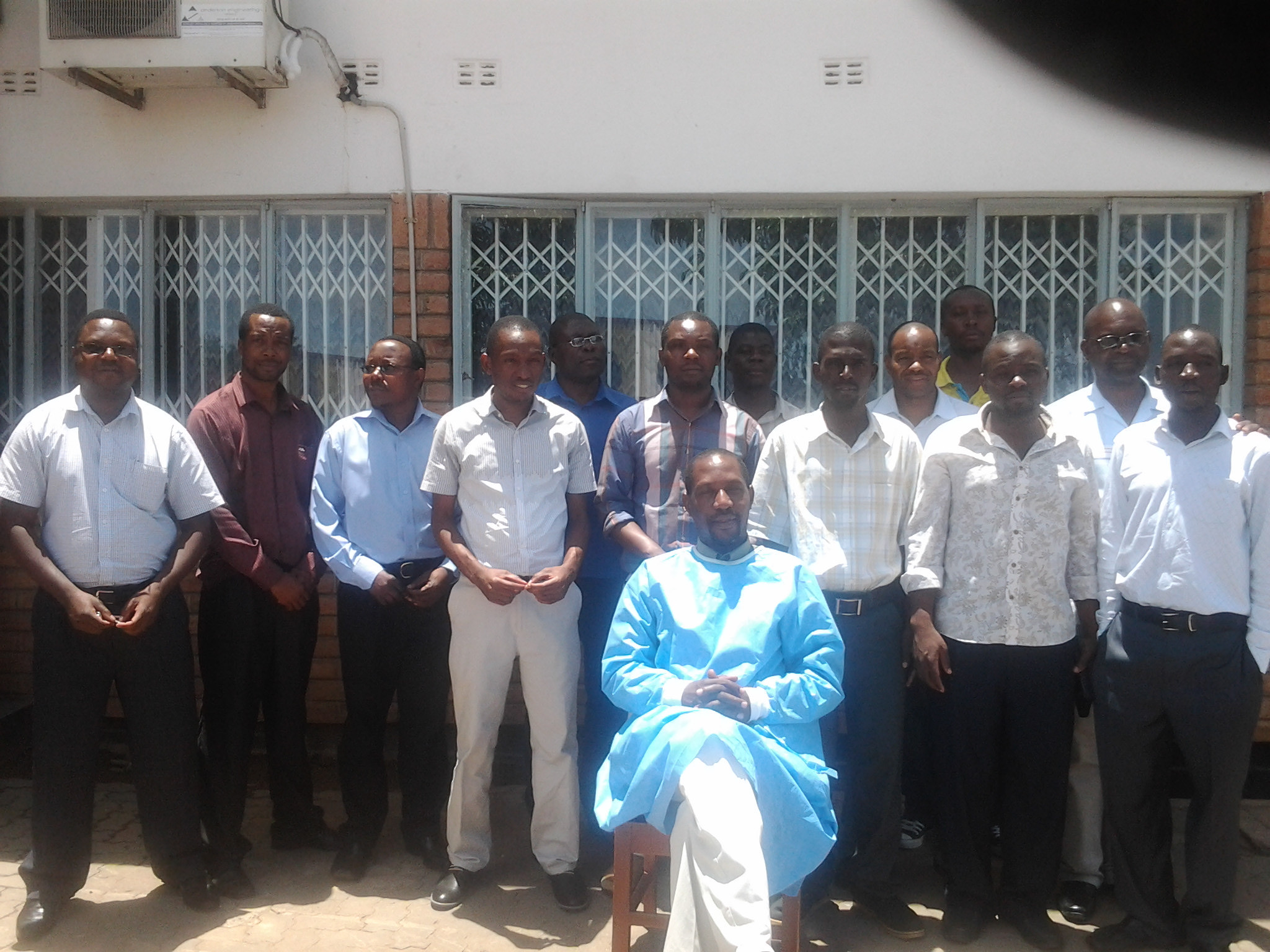 My first question is what is this problem called? It looks like everyone is glowing. The blue color on the man in the front’s lab coat is not accurate.

My second question is how to I correct it? I’ve attempted a few things so far that were not successful:

This exasperated my current photo editing skills. Is there another approach I can take, or is it simply that the image is too poor?

As it is easy to produce a soft-focus effect as seen around bright parts in the example photo it is very hard to get rid of it if it was an artifact. In this case they probably come from light scattering within the camera lens, or from dust on the optics. We can see this as a soft glow around bright lit areas, most prominent on the “enchanted” blue lab coat in the front (arrows). 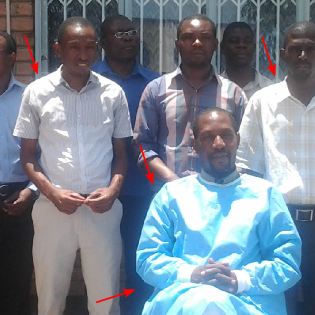 To remove the glow we may try to do the opposite, i.e. introducing a negative glow on the bright parts. I did this with the following steps:

We can see that the resulting image is far from perfect. Much of the soft glow was weakened but its not gone entirely. With more time, and with a finer tuning of threshold (1), blur (2), and opacity (4) we may be able to get better results than this.

Note in addition: the image is not poor. Think of the soft glow as a beautiful additional effect to make the scene more natural. I’d probably leave it glowing. It adds harmony.