Until recently (2/2015) when I plugged in my iphone to my mac the Image Capture app would auto launch. I could then select all the images and drag them to a folder in the finder.

In 3/2015 apple replaced Image Capture with Photos. How do I get my files out of Photos? I have ZERO interest in using Photos to organize my images. I just want the raw .jpg, .mp4 files from my camera.

The first thing I tried was selecting them in Photos and picking Export but that DOES NOT GIVE ME THE ORIGINAL IMAGE FILES. Instead if writes new files. They all have the time stamp of the moment they were exported out of Photos, not the original time stamp of when they were taken like I used to get out of Image Capture.

How do I get my raw image files out of my iPhone now?

I found that Image Capture is still available and I can set it to be the default to launch when I plugin in my iphone as well.

Then in the bottom left there is the option for what should happen when your phone is connected. 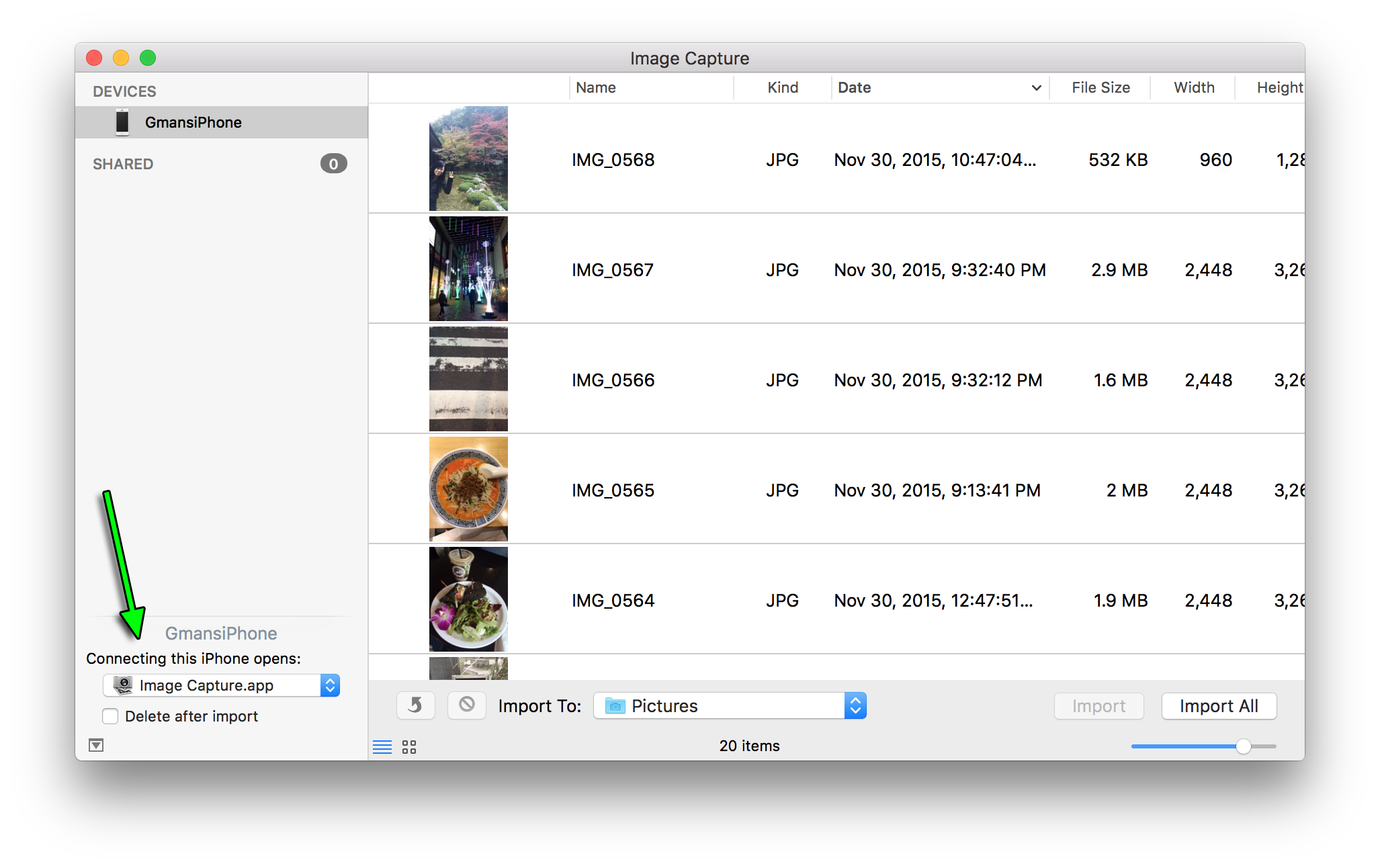