I created a project in Photoshop that contains text, fully aware that Illustrator would have been the proper way, but I am a photographer and my skills lie within Photoshop so that is what I went with.

My issue is that I basically took a screenshot of a website, made changes to some of the elements, then want to scale this to print out on a standard 8.5×11 sheet. The screenshot that I took was 996px x 1584px at a resolution of 72.

How do I best export this to print without degradation of quality or artifacts around the text? I first tried to export it to print to PDF, and set it to scale image to fit page. This produced artifacts around much of the text.

Here is an example: 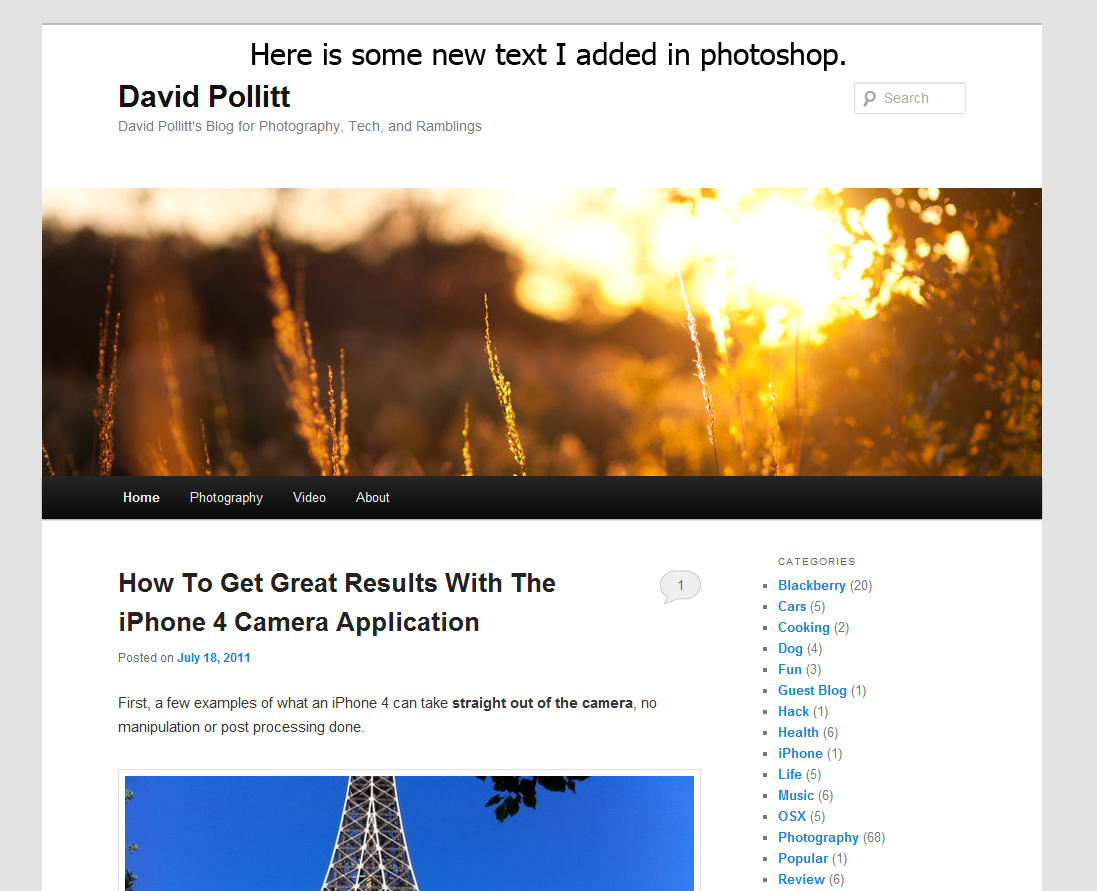 Here is an example of the output:

Unfortunately, at the size of your screenshot there could be a million “artifacts” and none would be discernible. Here’s what I suspect you’re seeing (because I can’t): the text from the screenshot becomes pixelated doggy-doo when you print.

To get clean-looking text on a desktop inkjet printer, you need real text (vector data), or your document as a whole must be a minimum 300 ppi or higher at the printed size. Images are much more forgiving, but text is not. Our eyes expect text to be pin sharp, so anything less is visible and offensive.

In this case, you have three problems combining to produce visual sewage:

Whereas Illustrator and other vector programs “think” in Postscript or a close relative, Photoshop does not. Vectors, to Photoshop, are just a handy way of corralling pixels. So when you ask your printer driver (probably not the most sophisticated image processor out there) to scale up this image, it is scaling not just the text itself, but also the anti-aliasing pixels added by Photoshop.

The net result of that is an attack of the uglies.

So, to answer your question, there is no way to print this screenshot as-is without serious degradation of the text. What you could do, if you felt it worth the trouble, would be to scale it up in Photoshop to 8.5 inches wide at 300 ppi, then remove all the text in the screenshot and replace it with new text typed in Photoshop. You will still have some degradation in the image, but your text will look reasonably crisp.

Otherwise, convert the document resolution to 300 ppi and print without scaling. That will give you the best result, and plenty of extra space on the paper for notes. 🙂