Apple has been misspelling the city “West Des Moines” as “West des Moines” (no capital “D“) for quite some time now. I tried reporting this issue a number of times through the Maps application during the past few years, but it has still not been fixed.

How do I go about getting the city name fixed? Who does Apple get the data for its cities on its Maps application? I’m guessing Apple’s map provider or providers need to fix this at their level. 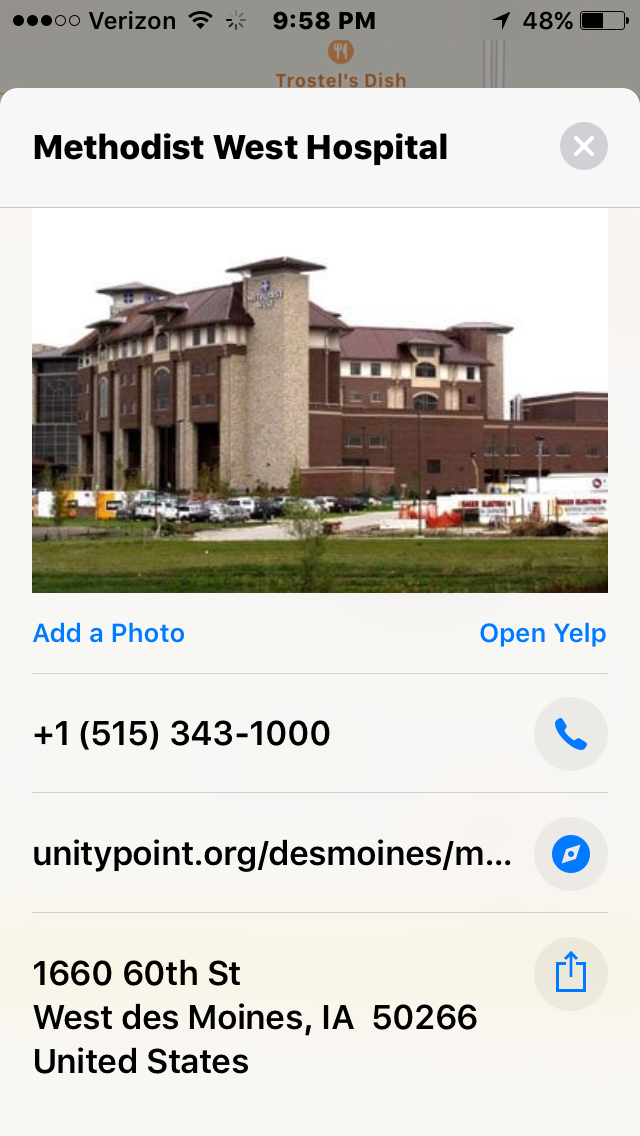 The same issue occurs when I take a pic in West Des Moines. The Photos app lists the location as “West des Moines”.

I would send Apple this name change request through the feedback page Maps for iOS or Maps for Mac.

Use the form below to send us your comments. We read all feedback
carefully, but we are unable to respond to each submission
individually. If you provide your email address, you agree that we may
contact you to better understand the comments you submitted.