Some web design and development projects client’s will request capabilities for a foreign translation in their site.

I’ve never done web design in multiple languages. Well, not manually. I’ve used some multi-language CMS template packs like Smarty. I honestly don’t know how well they work though. And it ultimately wasn’t any concern. I’ve never had a client specifically ask for web design in a language other than English.

I have done print design in languages I don’t speak. Or rather, reworked English designs into other languages at the client’s request. When doing so I make it abundantly clear that while I can replace English text with any language. I will not be responsible for translation. The client must provide translated text which clearly describes what section of English is replaced by what section of the other language and the basic processes is copy/pasting text to match the original design as close as possible. In addition, I make it known, in writing with a contract addendum, that my office is in no way to be held responsible for typographical errors or translation errors. It is the sole responsibility of the client to proof read and verify all translations.

Now, I take this stance because I can afford to. Translated text is merely a hoop I don’t wish to jump through. If a client wants that service, and they don’t want to be responsible for the translation themselves, then can seek some other designer/design firm to complete the work. In the end, I want my clients to be happy but I can’t afford to spend weeks looking for a trustworthy translator and then be held responsible if there’s a mistake I could not possibly know about. And, do it once you’ll be doing it often in many cases.

Under no circumstance would I trust any automated translator such as Google translate. You can see how bad that is just by occasionally using it on text you find on the internet. There are translation services where you can hire a human translator (often a native speaker of the language you need) which are much more accurate than any automated service due to the knowledge of casual/formal use or slang in their native tongue. Using human translators also provides the opportunity to convey “mood” to the translator. You may not want a strict word-for-word translation. You may want the text to read more casual and only native speaking humans can help accomplish that task.

I recently purchased a small little bug zapper which apparently shipped from China. Interesting packaging (this is unretouched)… 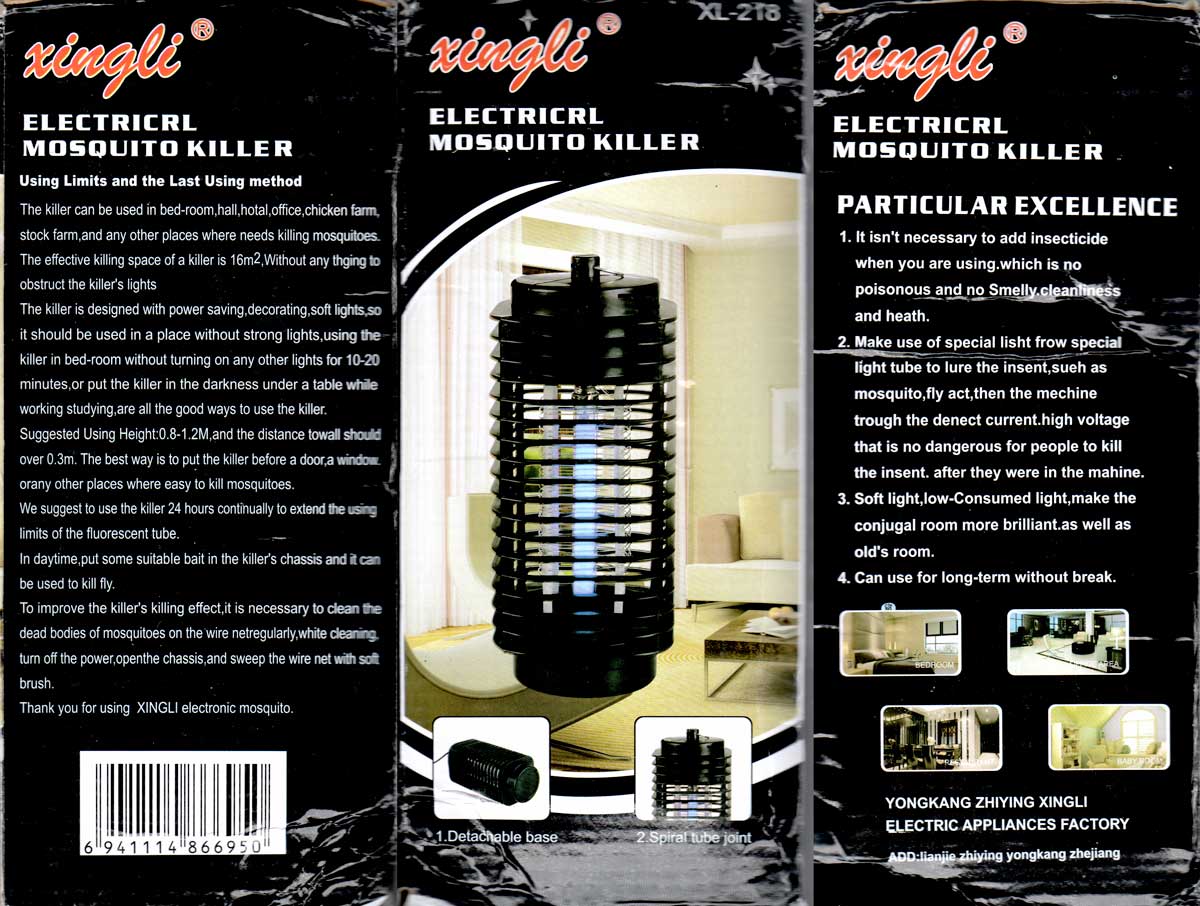