Does anyone know how to achieve this effect in illustrator? I’ve tried looking for tutorials and plugins but the spacing is imperfect. Any help is appreciated! Thanks! 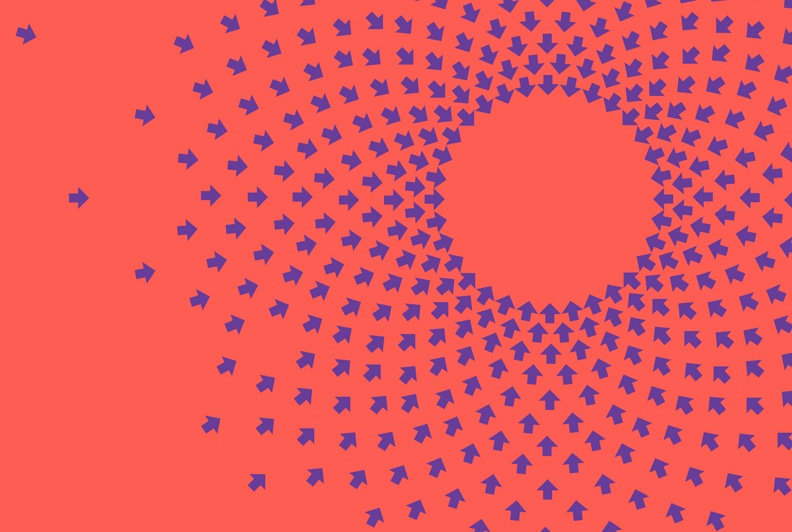 You may already have a mathematically perfect receipe in an earlier answer. It suggests a tricky curve (see NOTE1).

The next alternative is easy in Illustrator. It’s not equivalent, the apparent curves made of arrows pointing to the centerpoint are Archimedean spirals, which only resemble the already said involute.

Draw the wanted repeating shape (=an arrow here), drag the shape to the brushes collection and define it to be a pattern brush with 100% spacing. Make a horizontal line and apply the brush to it:

For easier handling expand the appearance of the arrowed line. Keeping it as applied brush stroke is possible if you want to try different shapes. Scatter brush gives even more options. I expanded it (=Object > Expand Appearance)

Drag the arrow tip to the 9 o’clock node of a circle:

Use the rotate tool by making 15 degrees rotated version of the arrow set. The rotation center must be in the center of the circle. Hold Alt-key when you set the center to open the degrees -dialog. Apply Copy and make full 360 degrees set of copies by clicking Ctrl+D to repeat the copying: 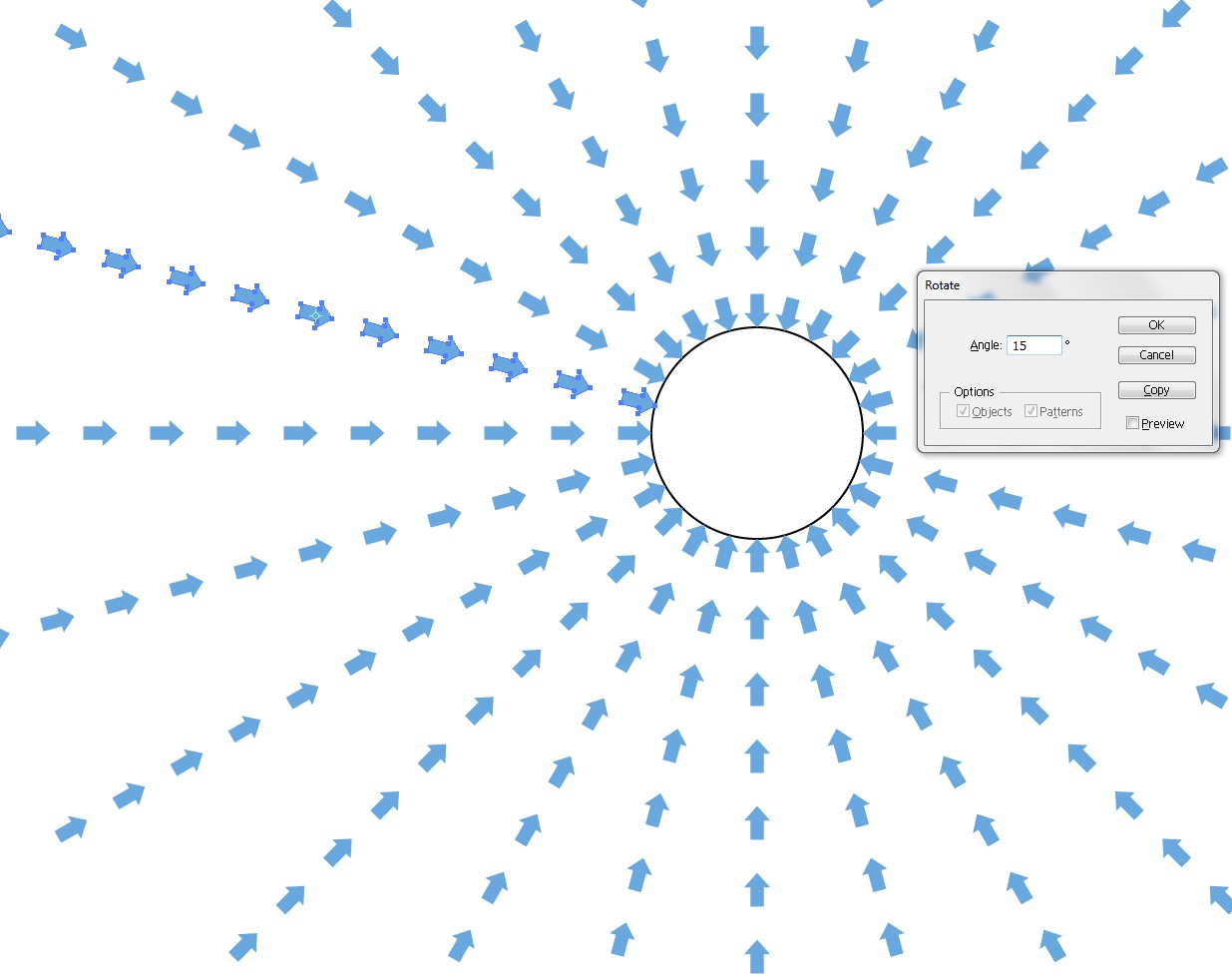 Select all arrowed lines and rotate them around the circle center 7,5 degrees: 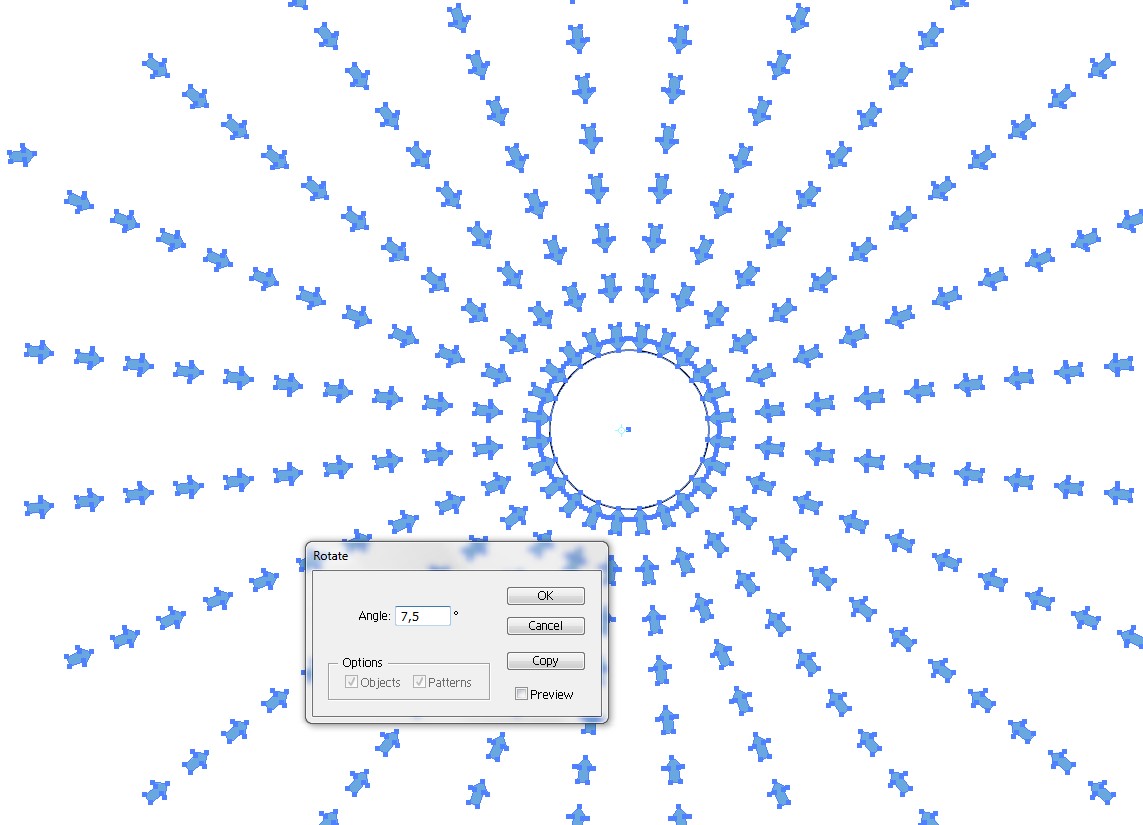 Now insert a second set of arrowed lines which end to a circle which has bigger radius. The original circle can be dragged to bigger size by holding Alt+Shift to keep the center. The new circle goes through the starting points of the innermost arrows. Here’s the new circle and the first 9 o’clock arrowed line: 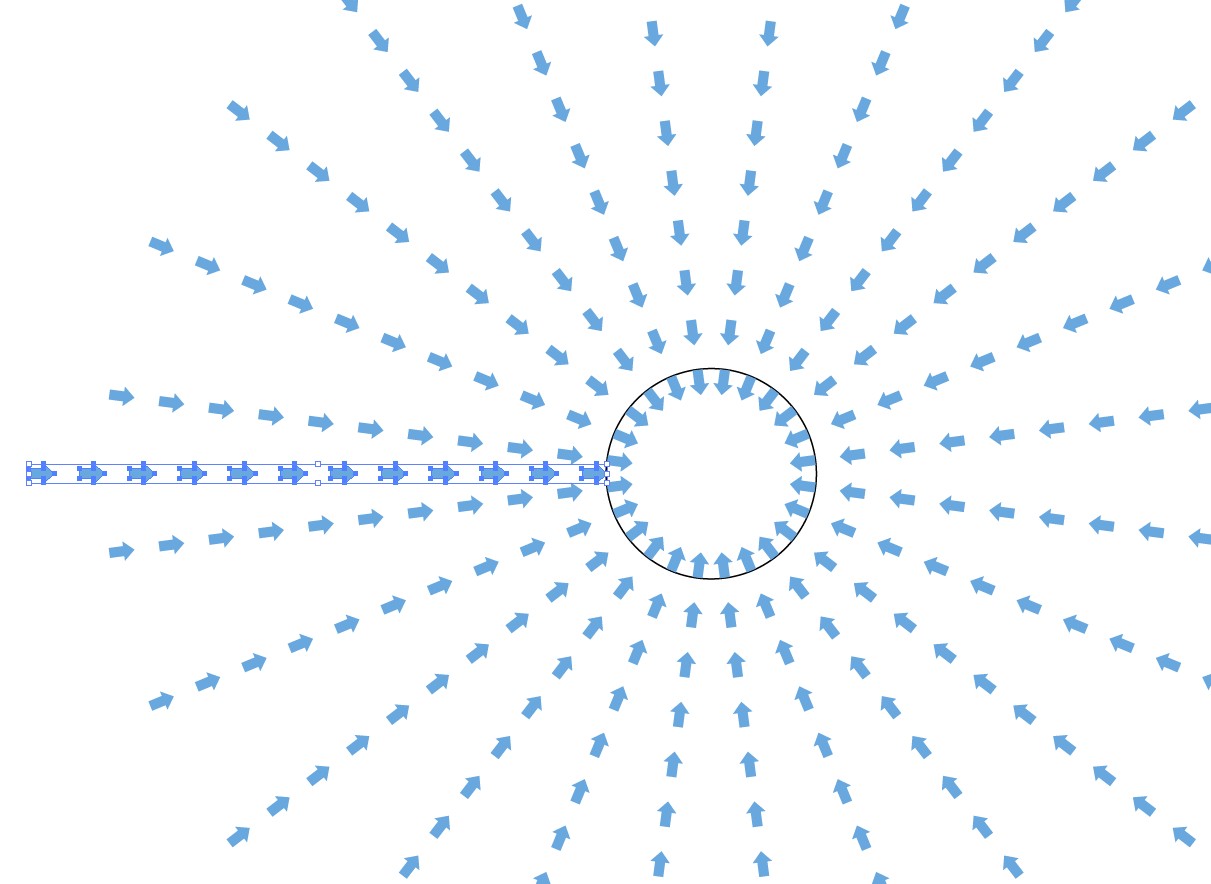 After making the 15 degrees rotated copies: 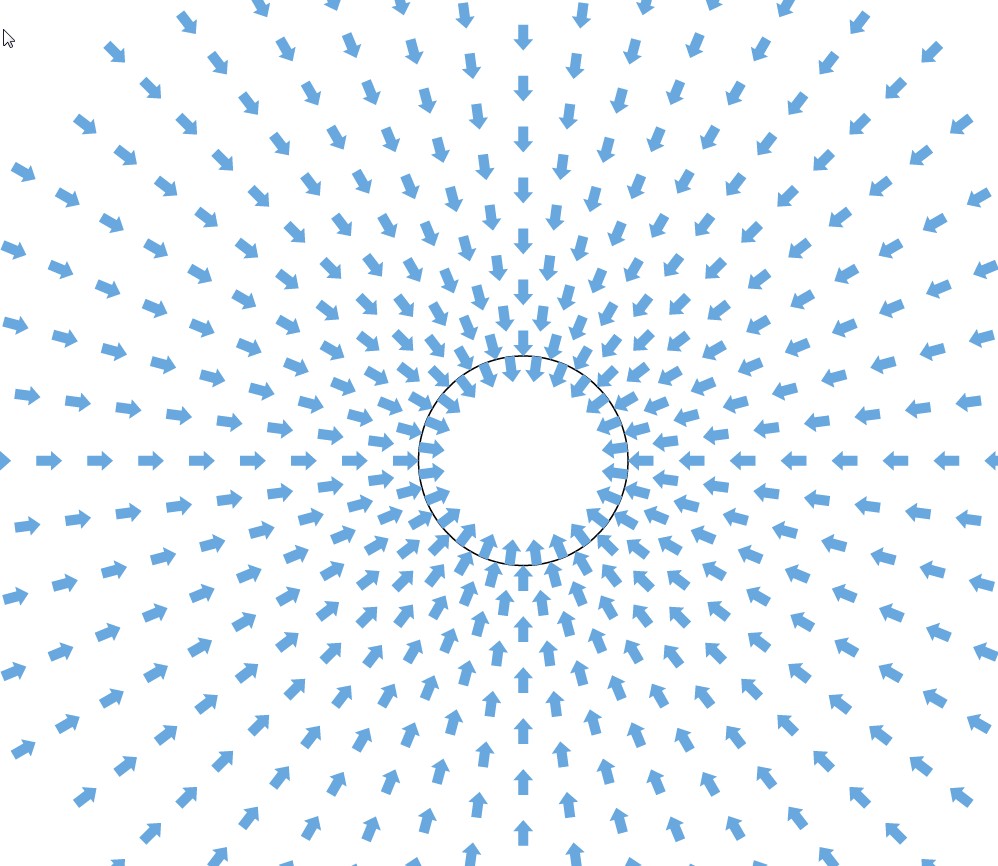 15 degrees spacing ( it’s actually 7,5 degrees after doubling) was selected to get a sparse enough result. Any integral part of 360 degrees will do, for ex. 12, 10 or 9 degrees. If your spacing angle has decimals keep them all without truncating to avoid inaccurate looking result.

NOTE1: Involute (a.k.a. evolvent) of a curve X cuts perpedicularly the tangents of X. The curve is widely used in engineering. Mathematician Euler presented in the middle of the 18th century that the involute of a circle would be the perfect edge for cogwheel teeth, because the teeth would not rub nor grind each other as a pair of cogwheels rotates.