I’m attempting to change the colour of an SVG image. Here is a screenshot of the image set I’m working with. 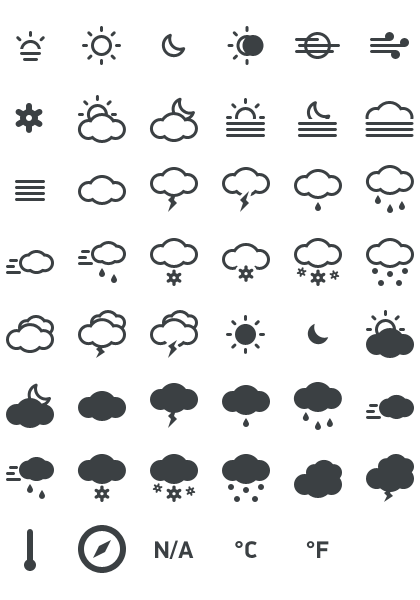 My attempt so far has been to open the image in Inkscape, press Shift+Ctrl+F to open Fill and Stroke. Then select the object and change the hex color. The problem is, both the sun and the cloud change colour.

Firstly, open that single icon (within the SVG folder in the zip you attached, it’s called “8.svg”). After deleting that grid background, select it and press Ctrl+Shift+G a few times to get it out of any groups it might be in. 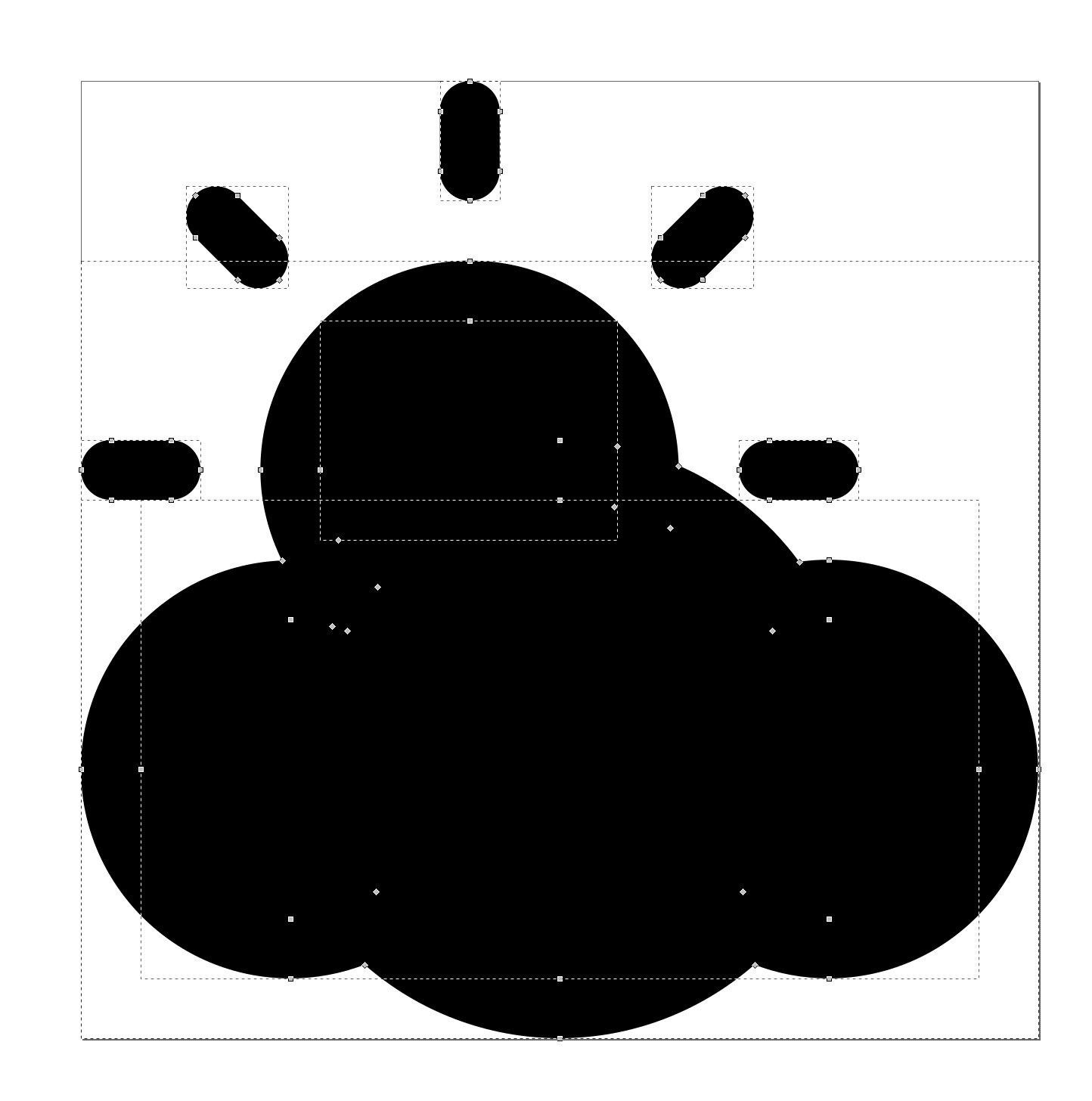 ^ Now press Ctrl+Shift+K to break it into separate paths. Don’t panic at the disfiguration of the icon! Simply deselect the part that is the sun and use Ctrl+K to recombine the rest of it. Now the icon will be on top of the newly separated part, but you can use End or Object > Lower to Bottom to put the separated part on top. 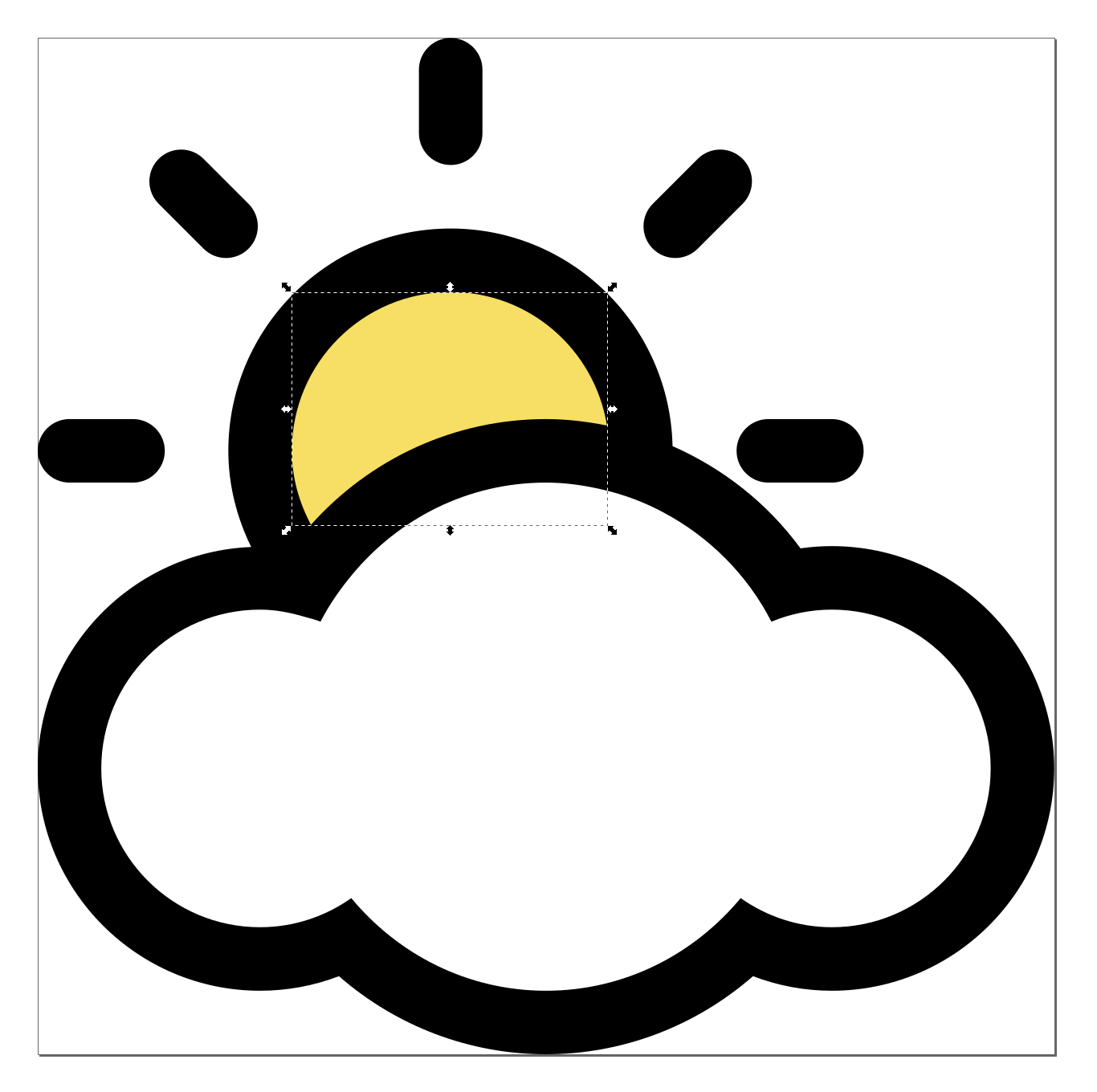 ^ Then use the Fill and Stroke menu as you described to change the color of this one part individually.

And I did it to make this answer, so here’s a link to my edited version so you don’t have to do it :). (Make sure to download it in 30 days since it expires then.)