I am new to photoshop and I need a little help.
How can I change the material of any dress to look like leather/latex? 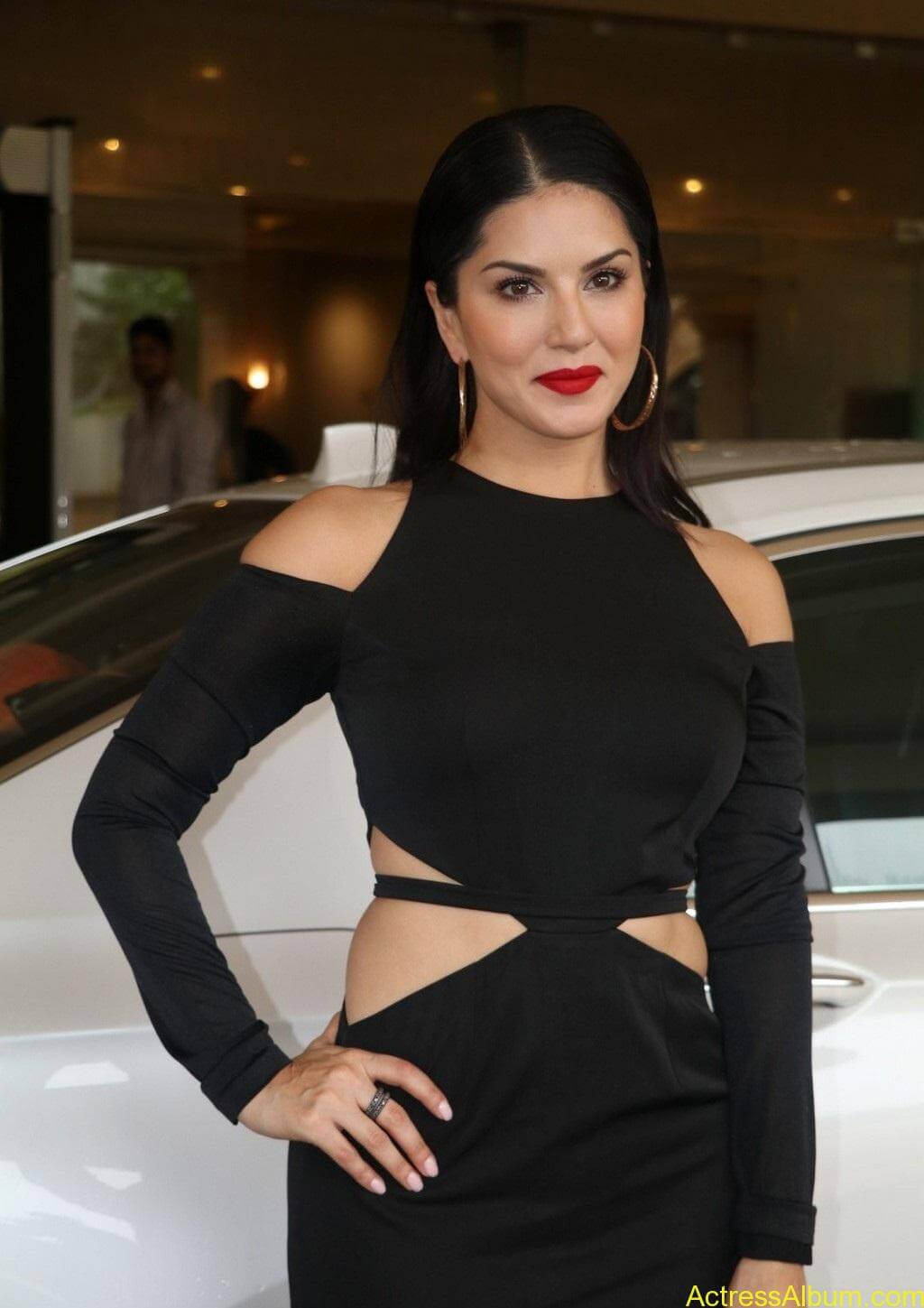 There’a an older answer which covers a part of it, but I have an alternative and a little to add, too.

At first the noise: It’s something that cannot be skipped. The needed edits would explode the noise to intolerable level. It cannot be removed from all of your existing image with noise removal tools because the face and the background would lose details, too.

I defeated the noise by applying Redfield Perfectum smoothing filter to a copy of the whole image. 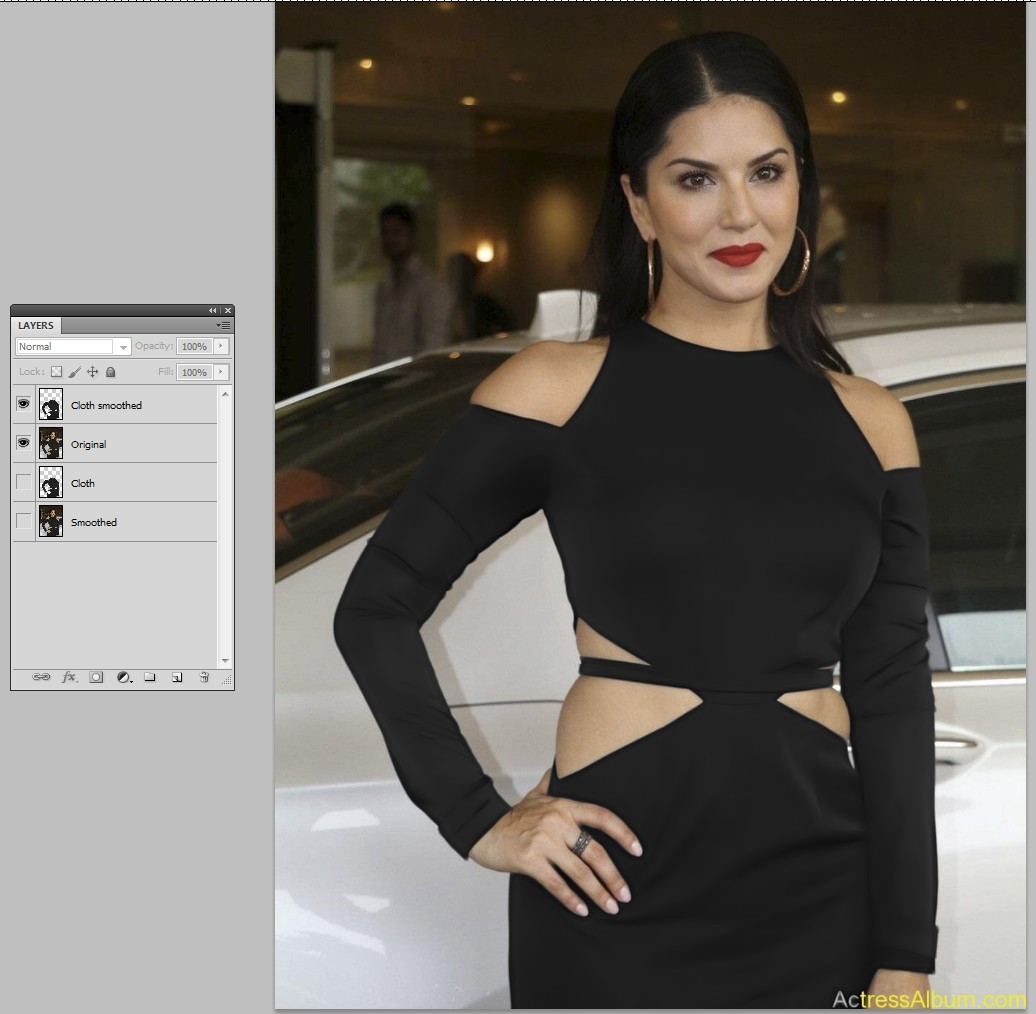 The smoothed cloth layer has low contrast and it has shading which is typical to fabric. A glossy plastic need more contrast and more complex light and shadow alternation. Plastic Wrap filter alone doesn’t make it when the stating point is this flat, but it can be helped. The result will be – not leather, but plastic.

The brightness distribution needs remapping to higher contrast and some partial scale inversions. There’s no room to make it in a single phase due the low contrast, but it works by applying Curves 2 times. I used Image > Adjustments > Curves, but a pro way would be to insert 2 adjustment layers or a gradient map layer. 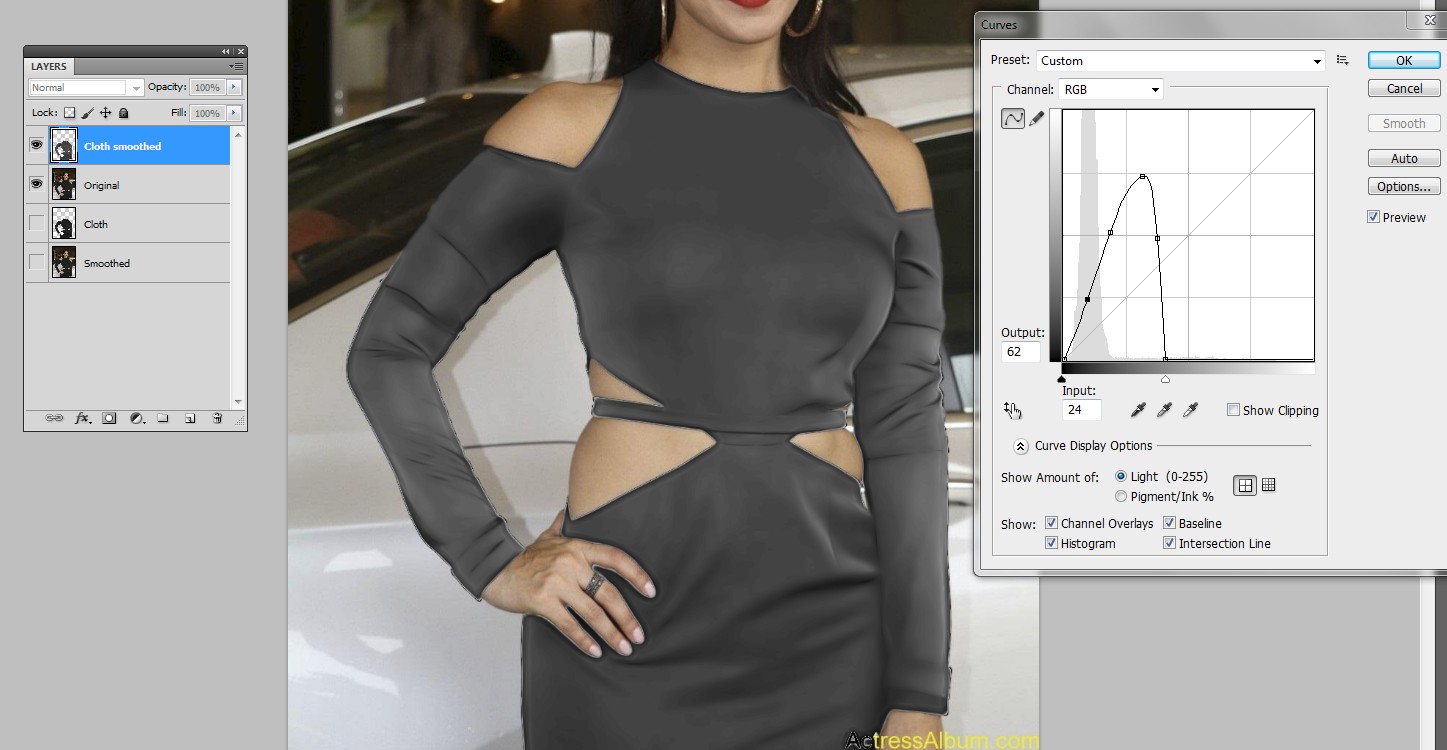 There’s plenty of stray bright pixels. They are all turned to black by dropping the curve down above about 45% brightness.

Now the histogram is wide enough to make possible to apply 2nd Curves for partial scale inversion. NOTE: The layer must be desaturated before this to avoid bizarre colors! 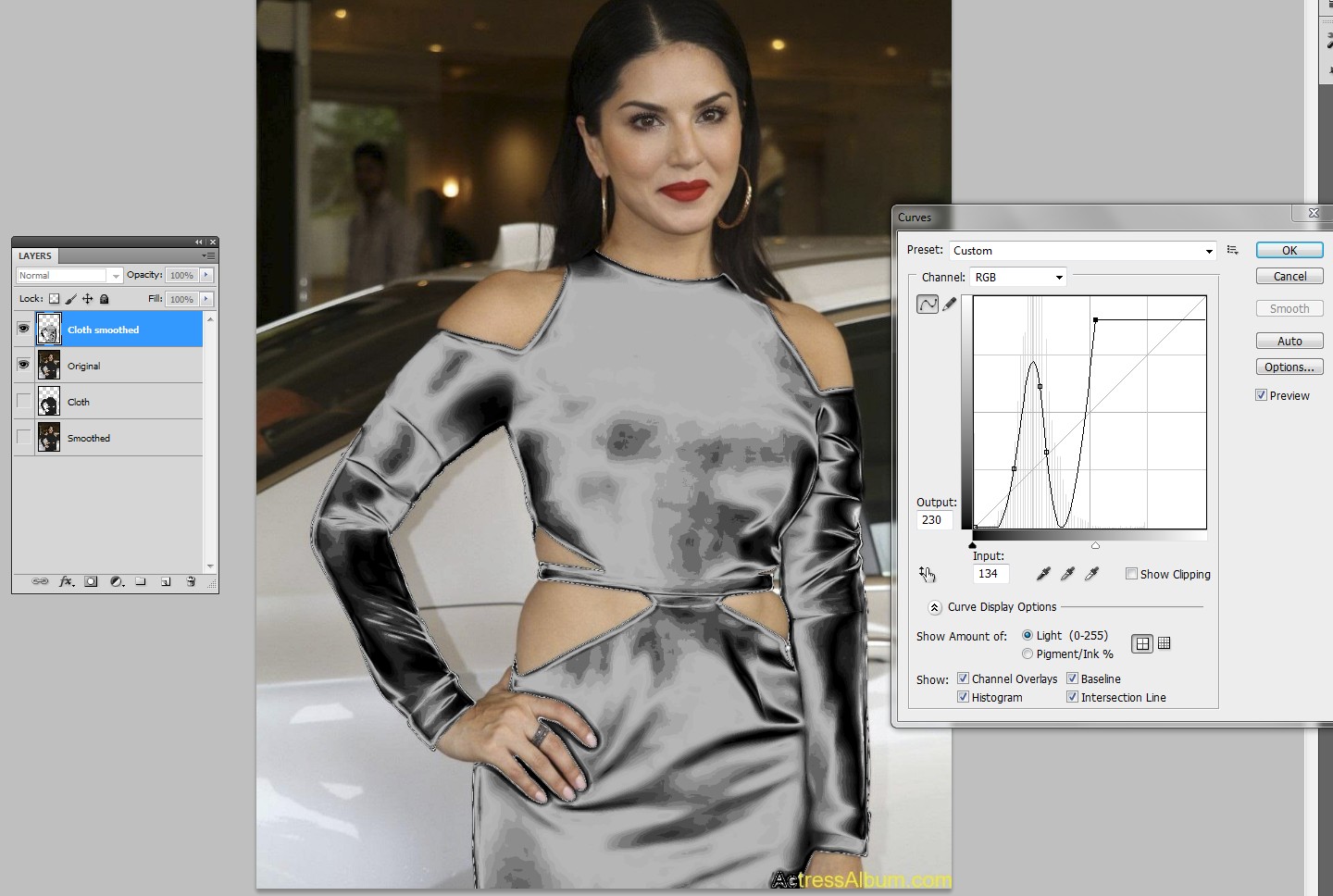 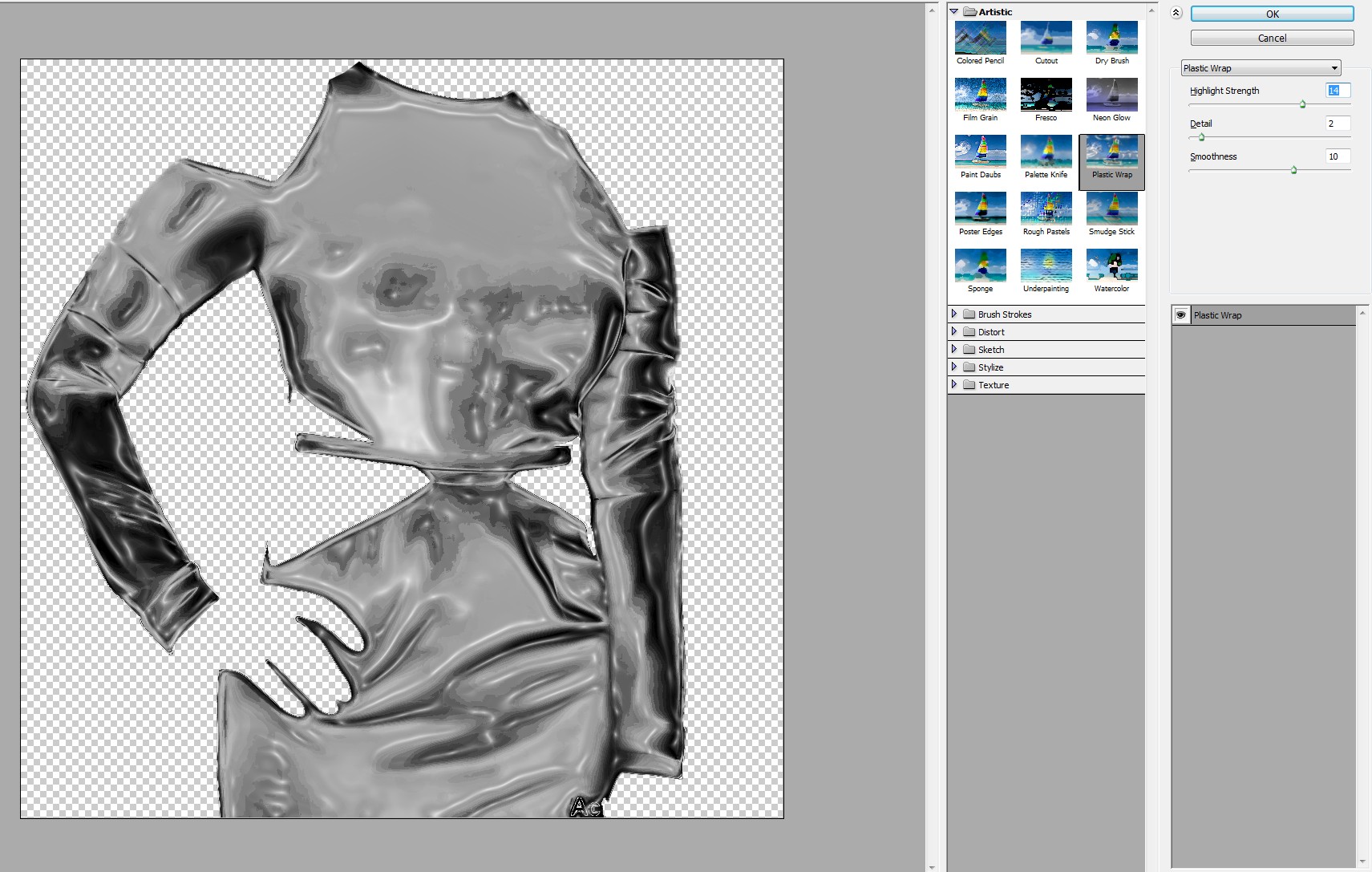 I guess you want still some adjustment because the original was nearly solid black. It can be darkened with curves, but inserting an alpha channel is not possible. 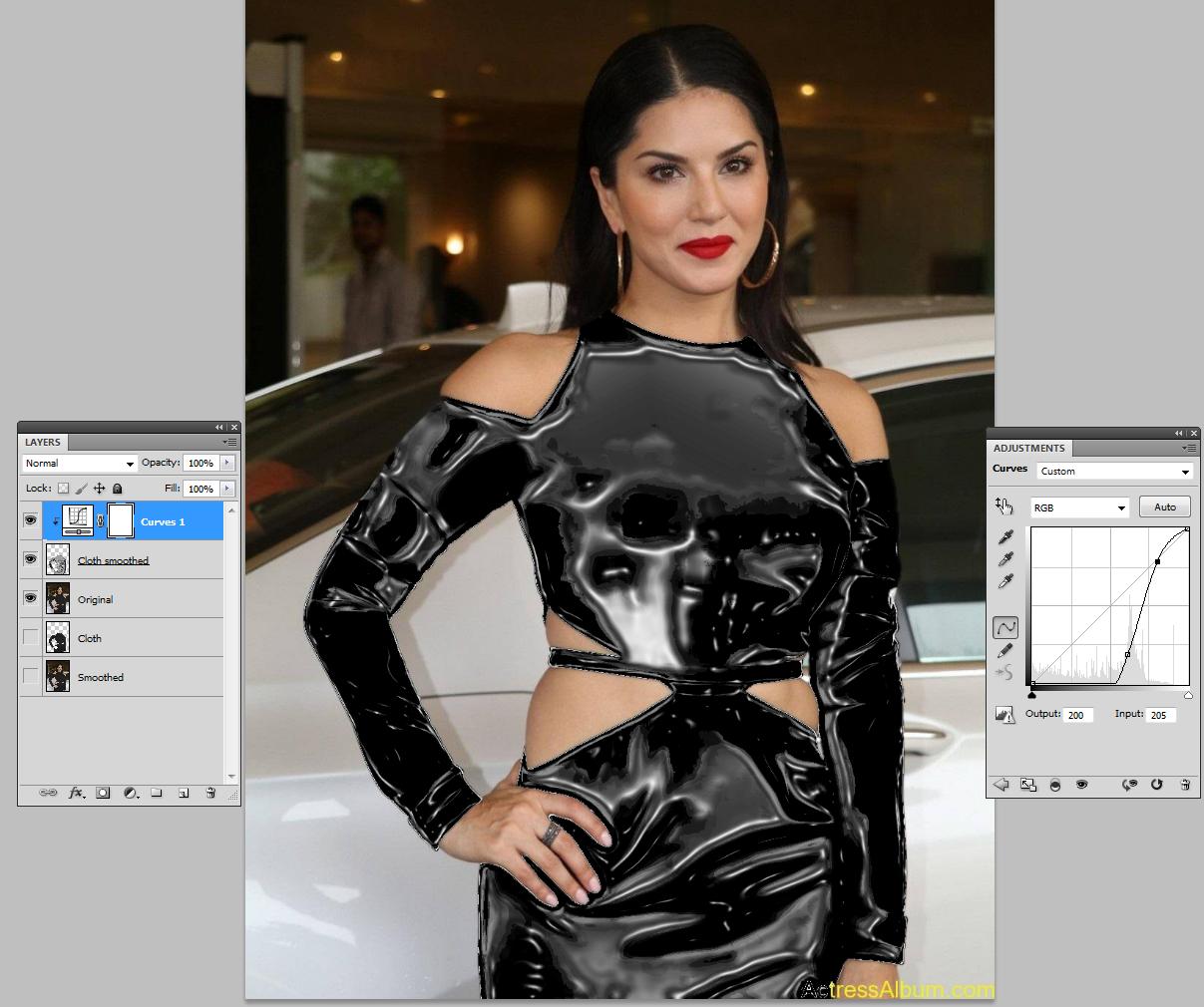 Now it’s made with adjustment layer (with the “next layer only -switch” =ON) because the result depends strongly on the used curve. You may want to search for the best adjustment.