I am an aspiring author, and am creating a map of my fantasy world in Photoshop. The map is very detailed, containing information on wind patterns, temperature changes, and tectonic plate movement, amongst other things. I’ve been able to successfully convey all of this. What I’m having trouble with are the mountains/hills.

I’ve been able to represent a mountain/hill with a symbol from a custom brush, but I’d also like some way of having the ground ‘bulge’ outwards so that it looks like there is actually a hill there.

How can I do this?

A fairly generic example of what I want to achieve: 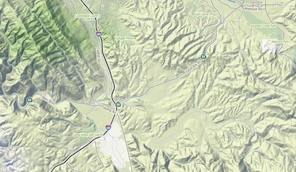 A slightly more accurate example of what I’m looking for. Note how the hill in the lower left corner just seems to ‘rise up’ from the city: 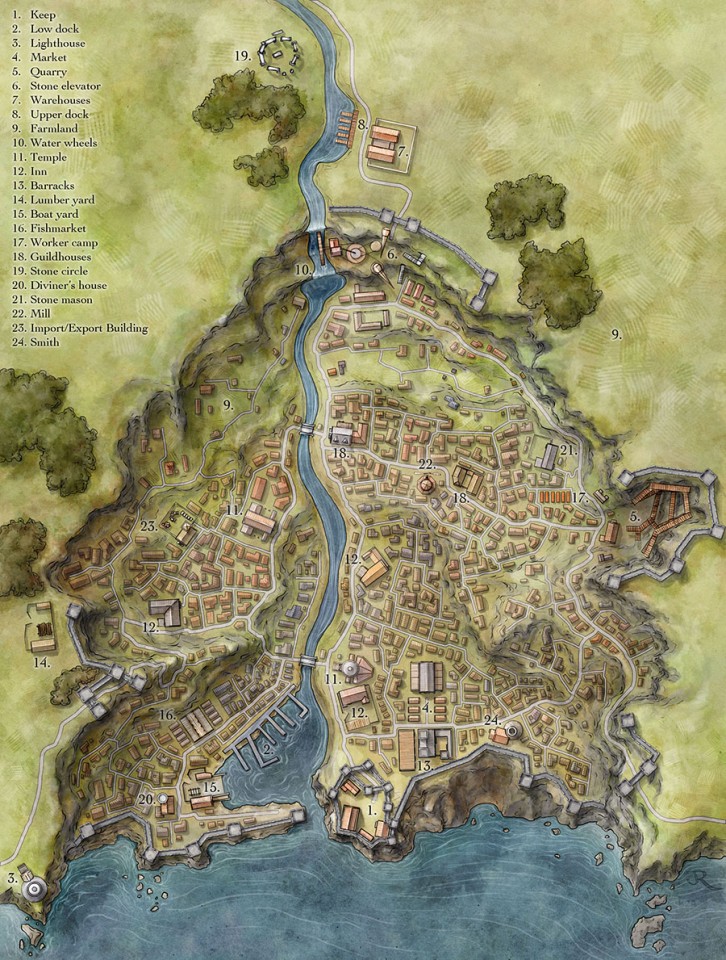 What I do not want: 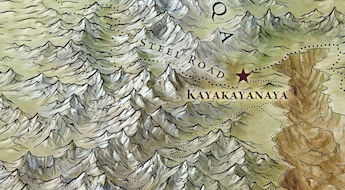 Further details, and what I’ve tried:

I’ve been able to get around this problem for mountains, by actually drawing the snow and glaciers. This doesn’t make the ground bulge, but you can at least see where the mountain extends. This won’t work for smaller mountains or hills though, where there is no snow.

I experimented with the Emboss function, which does make a nice plateau/lava flow effect. It does not look like a hill though.

I tried the Pinch function, going into negative numbers so that it would bulge instead of pinch. Unfortunately, the function is so large (effecting the entire image), that I can’t localize it enough. Also, I cannot seem to target it on any one area of the image.

The best idea I’ve had is to make a 3D hill somehow, rasterize it to a flat image, and then somehow turn that into a brush. I could then use the brush to tint the ground so that it looked like a hill. The problems with this are that my 3D creation abilities are questionable, and the brush has to be only black/transparent black to work. Grays, which would be included in the flattened image of the 3D hill, would not convert into a custom brush.

The best result I’ve had: drawing in black, embossing, and setting the layer to ‘Overlay’. It looks halfway decent, though still rather amoeba-like.

Start with a very loose idea: 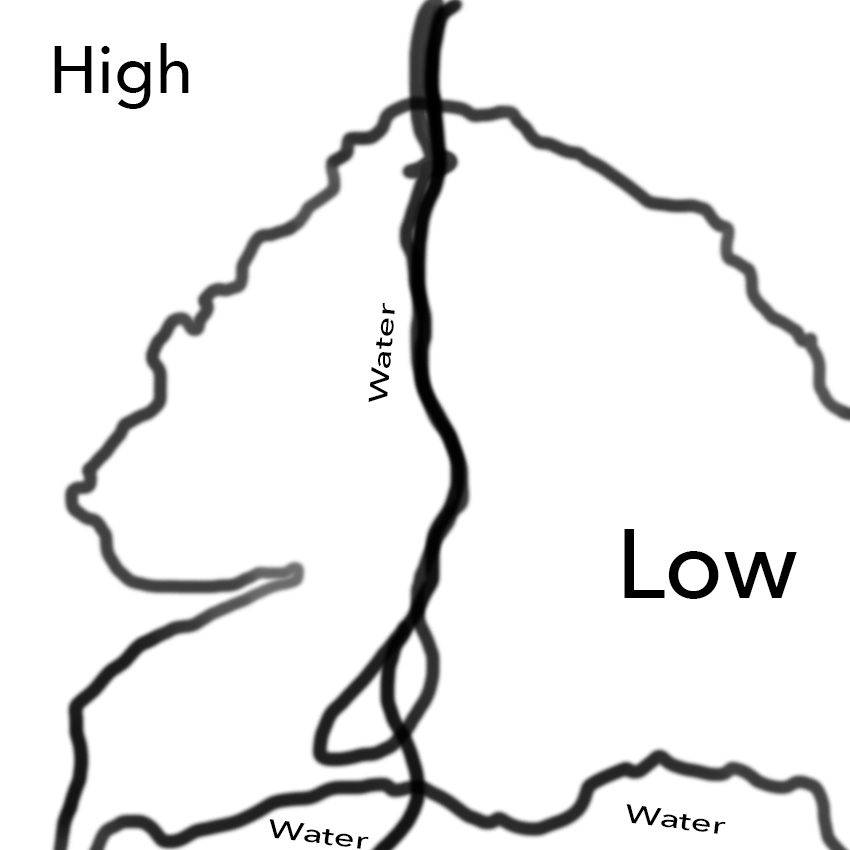 Marquee tool to quickly go over the High: 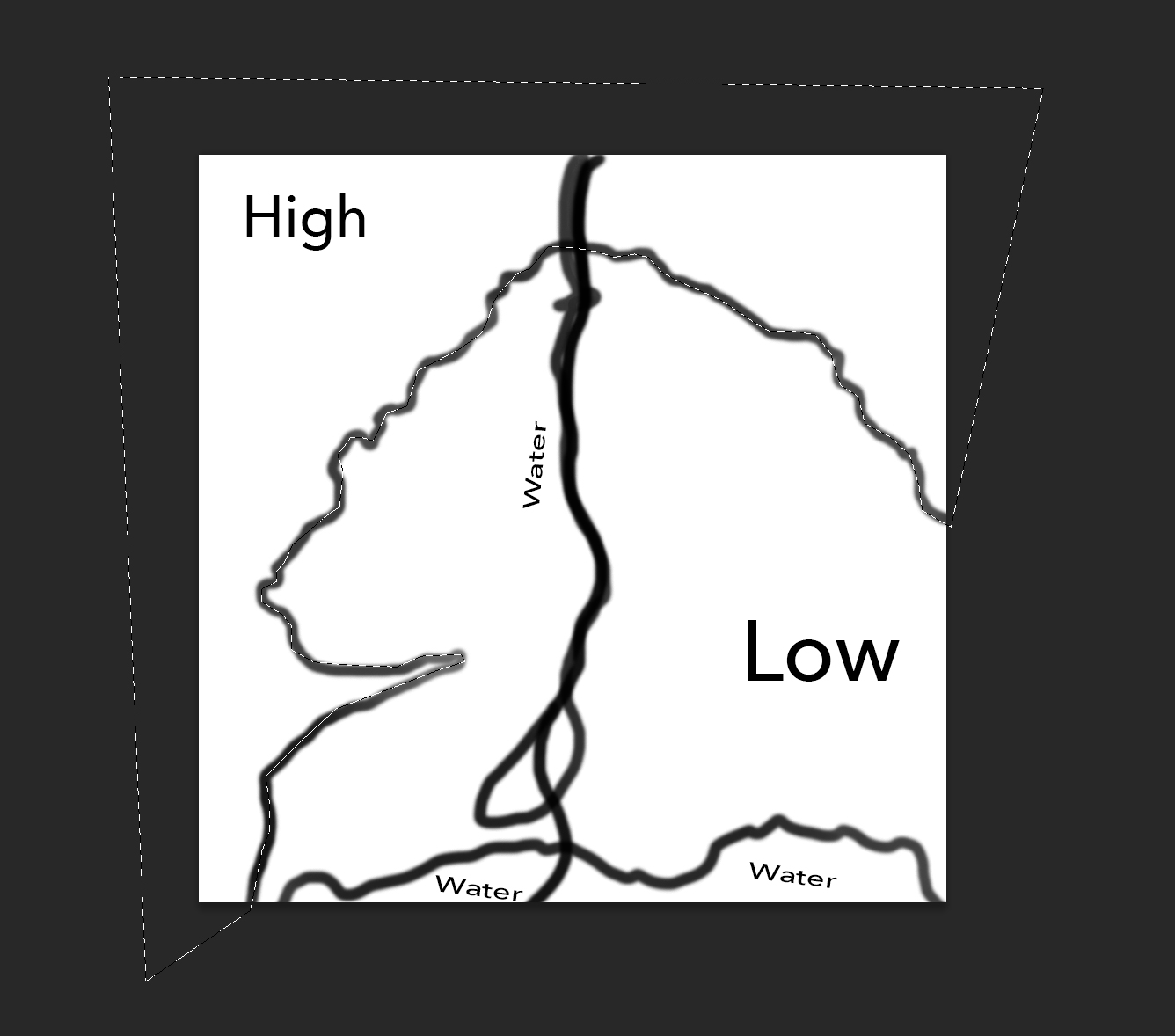 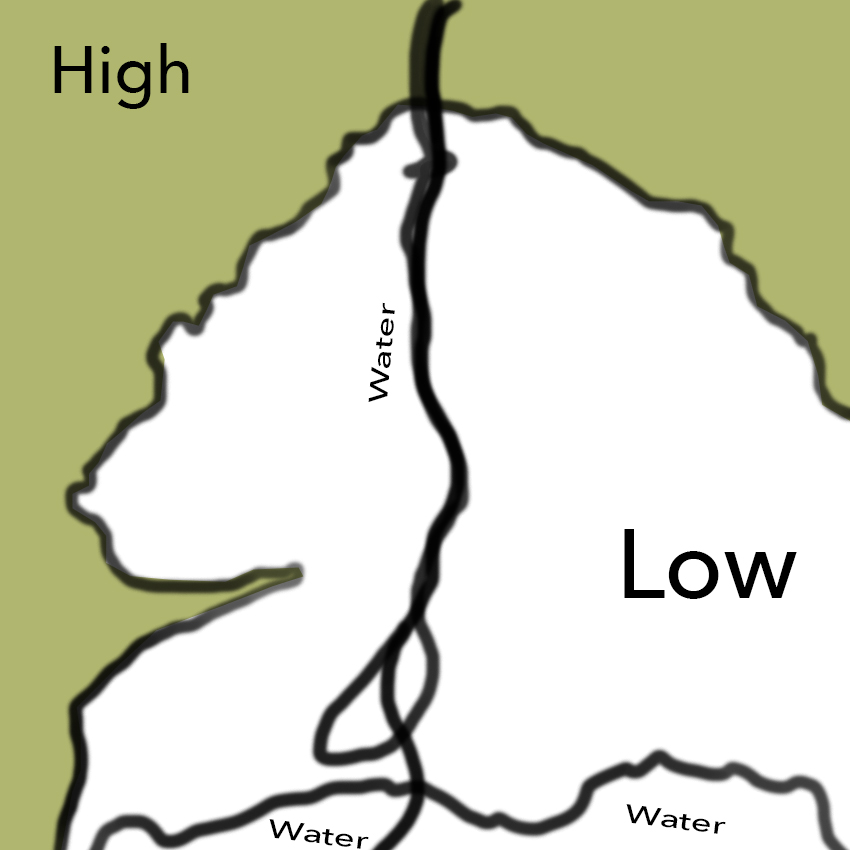 If I press Cmd/Ctrl+Plataeu thumbnail on Layer Panel it will select it for me. Then do Select → Modify → Expand. I used 15 pixels. Notice the bottom of the Plateau and the Selection now have an offset to it: 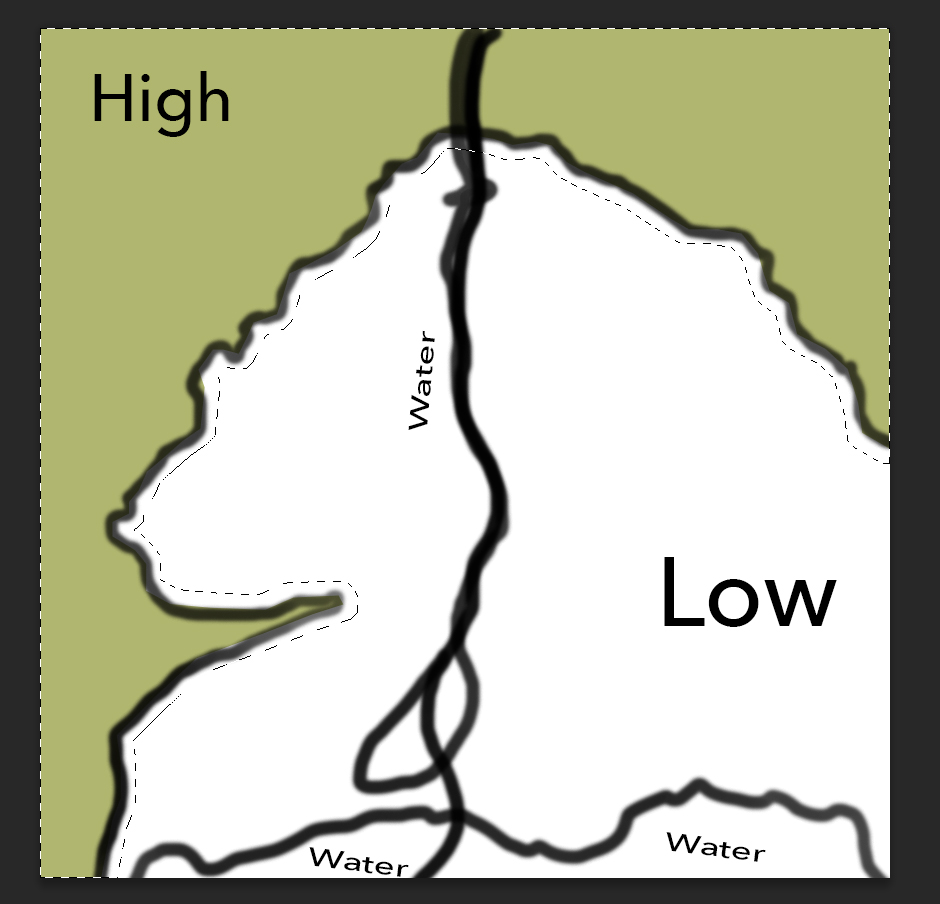 Create a layer beneath, color it, repeat. Use progressively smaller expansion sizes. The more you do the nicer it’ll look:

(Note: If you have Adobe Illustrator you could use the Blend function to do this a bit automated for you) 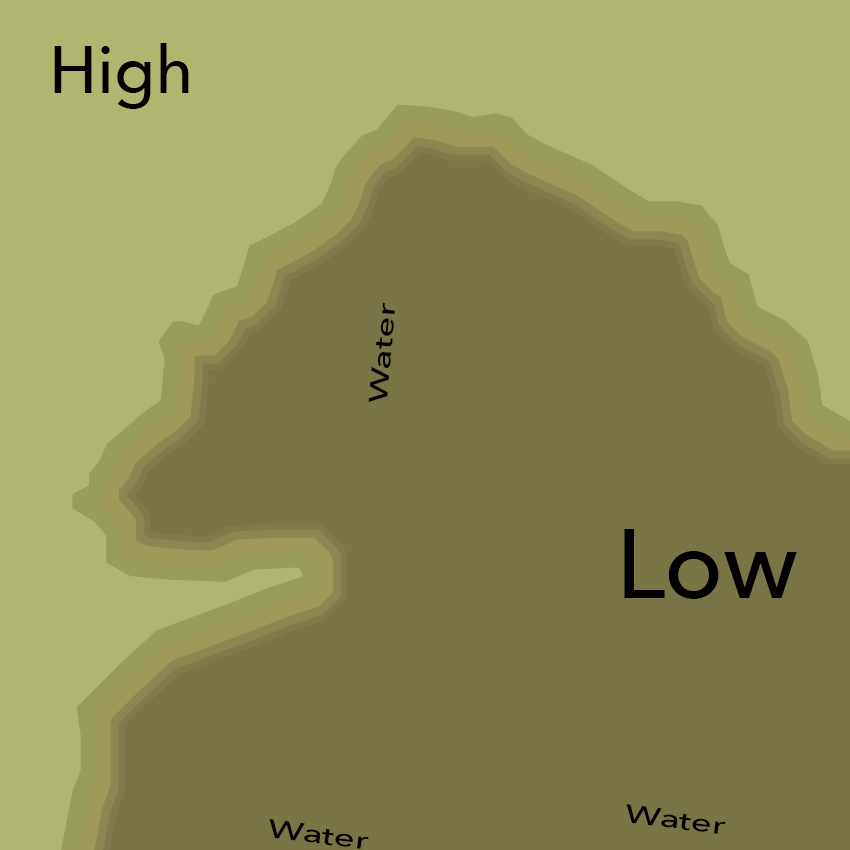 Add in your Water: 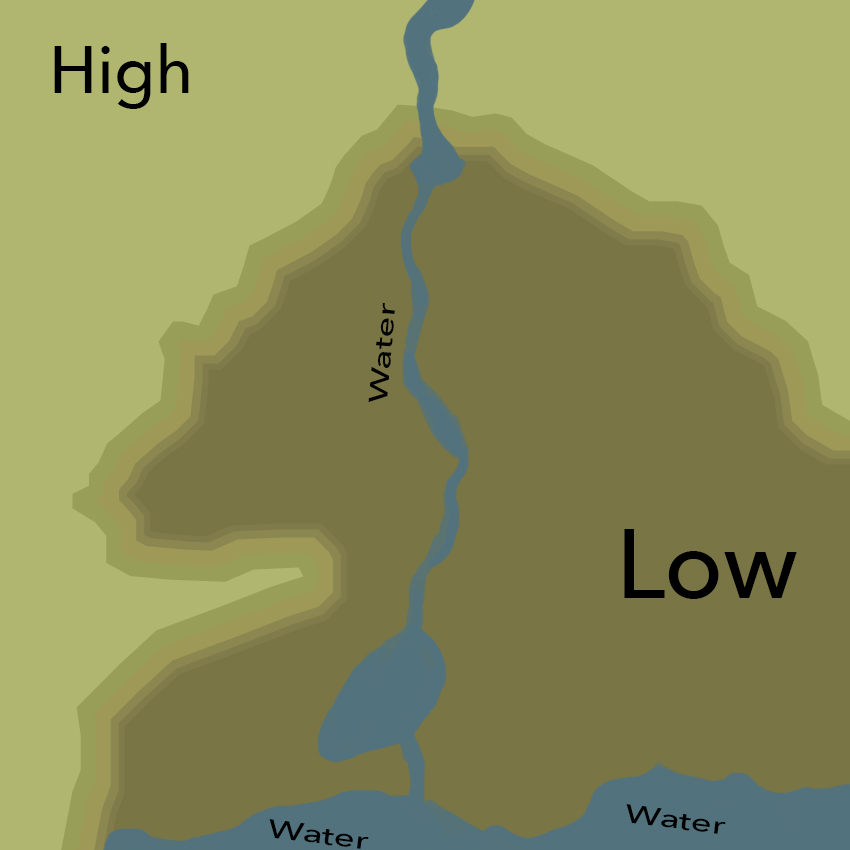 Add a very thin stroke to your water: 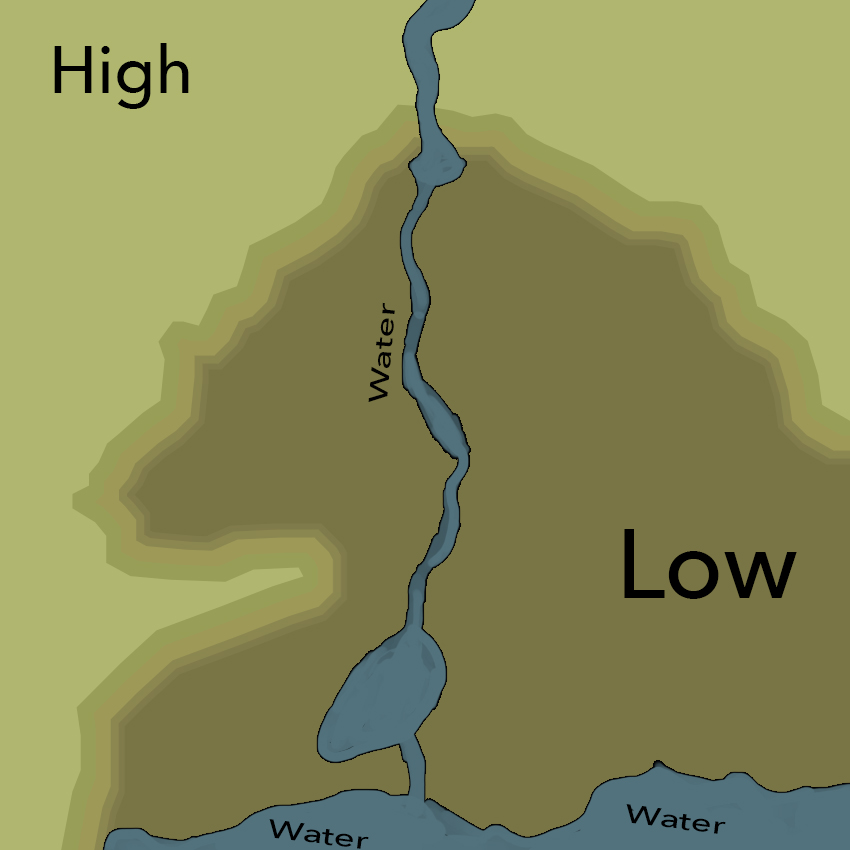 I then used a drawing tablet to add some small lines to it. Lower you get the less pronounced they become. This can be done with mouse or even strokes and masks, but a drawing tablet certainly helps: 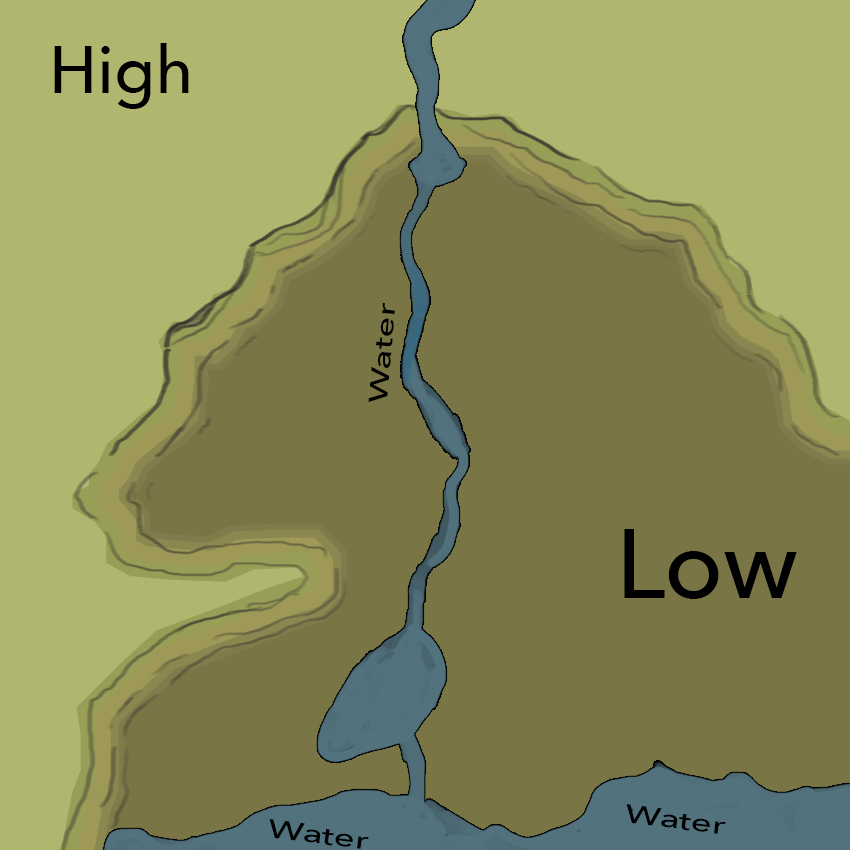 Alright let’s add a bit of a drop off on the bottom to the water. At this point I’m going to use brushes and drawing tablet but you could again use the selection > expansion > fill method like you used earlier. After I have a base shape since I’m going to do a little airbrushing, I’m going to add a layer mask:

Then I can use my airbrushes to smooth it: 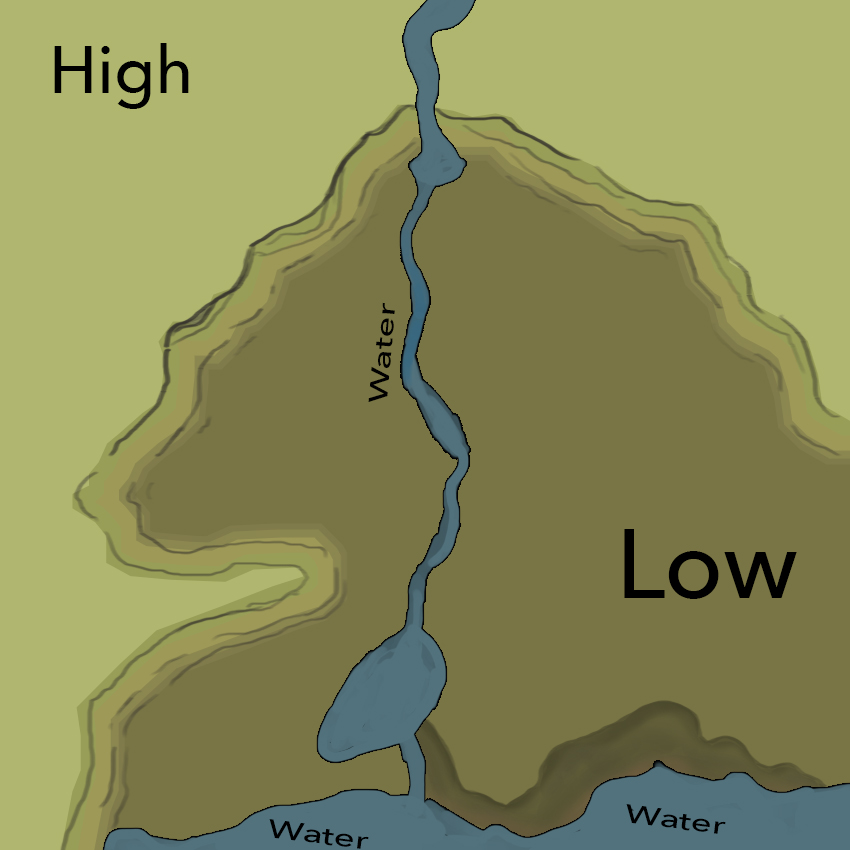 Again add a few lines here and there just for some texture and such: 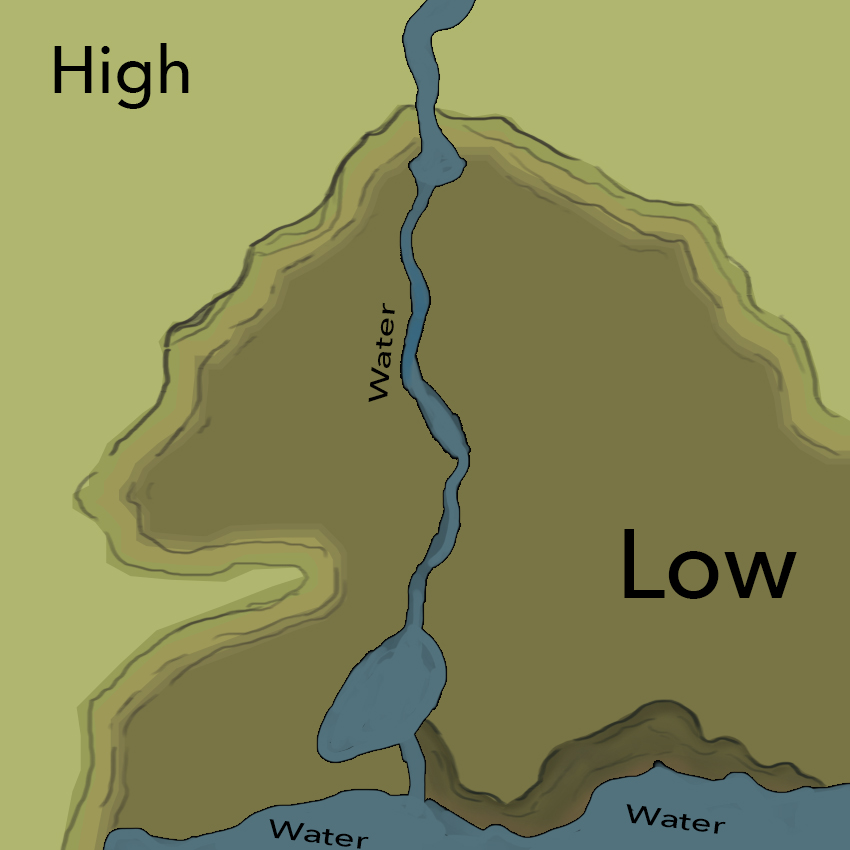 Alright so now it’s at a pretty good place without any manmade structures or trees yet. That bottom right looks a bit more ridgy though and a key part is having at least something look less like a ridge and more like a hill. Let’s try to go back and fix that up a bit. I just used airbrush here, if you don’t have a tablet then use lots of colors with your mouse and possibly smudge it as well: 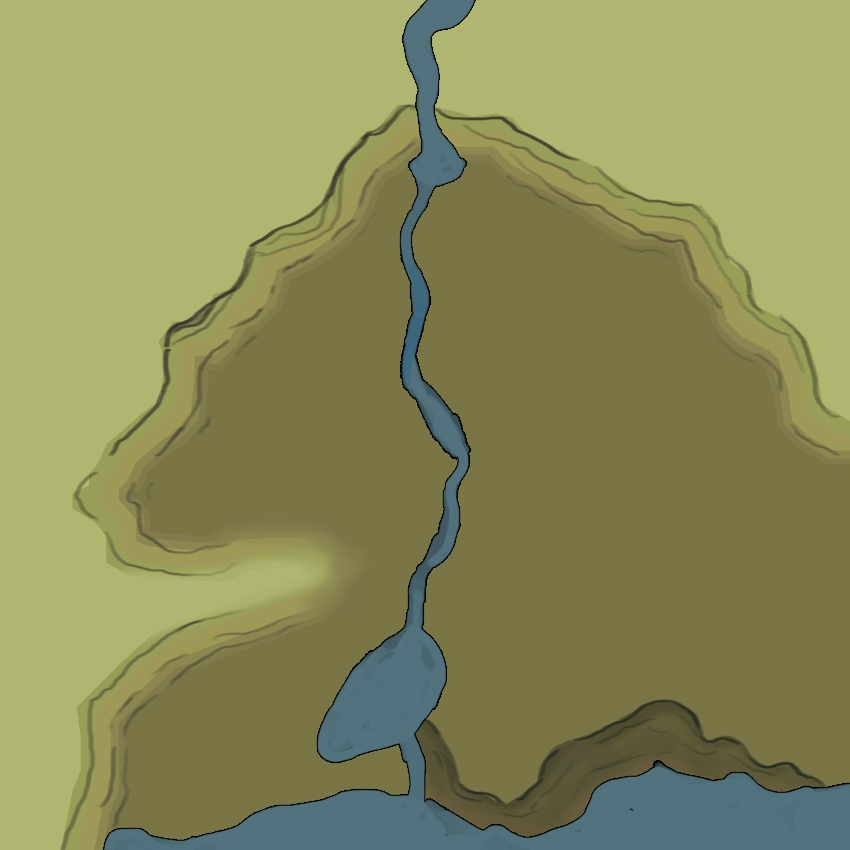 But still hills have some drops so add just very very few lines. 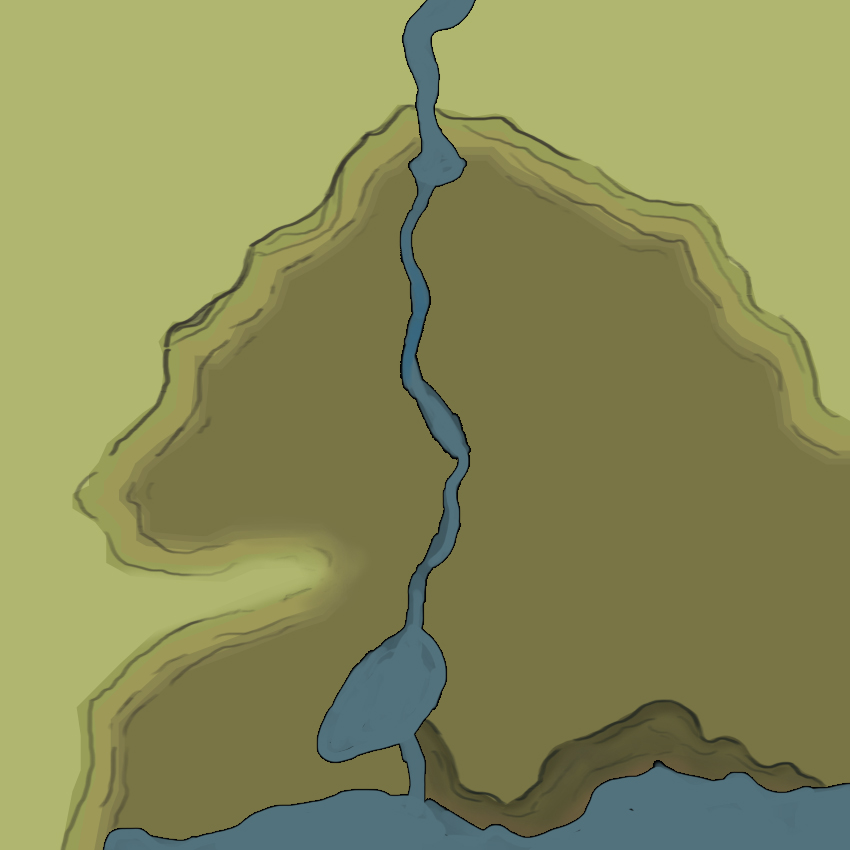 I’m gonna stop here. The more detail, texture, colors you add the better. Next thing to do is drop-off to water on bottom left now that the hill is fixed. After that I would probably start with buildings. Once the buildings are in I’d add lighter and darker areas to the ground, then trees between the buildings, and finally details like bridges, walls, maybe some textures and labels.

Notice the light is coming from the left side so after I add in the structures and whatnot I would want to adjust the colors to indicate this. The left side of the valley should be a bit darker than the right. I’m not sure what the “correct” way to do this is but I would do that after adding buildings. See like here how much lighter this section is: 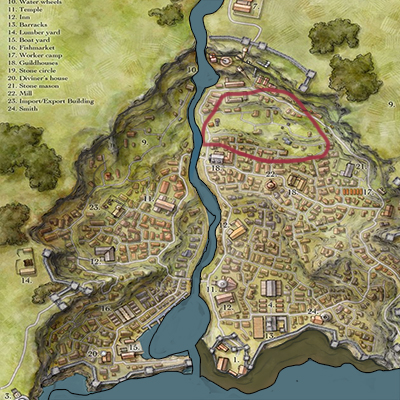 Hope this helps you out. Entire process took me an hour, would’ve been less if I wasn’t taking screenshots and documenting as I went. Final look: 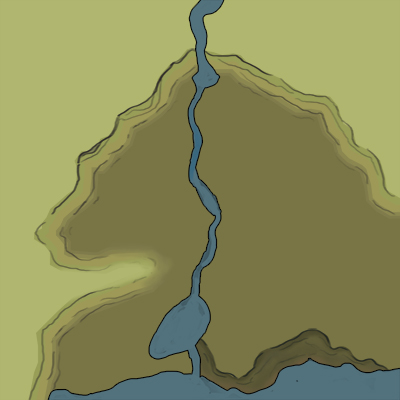