I saw this photo on Smashing Magazine: 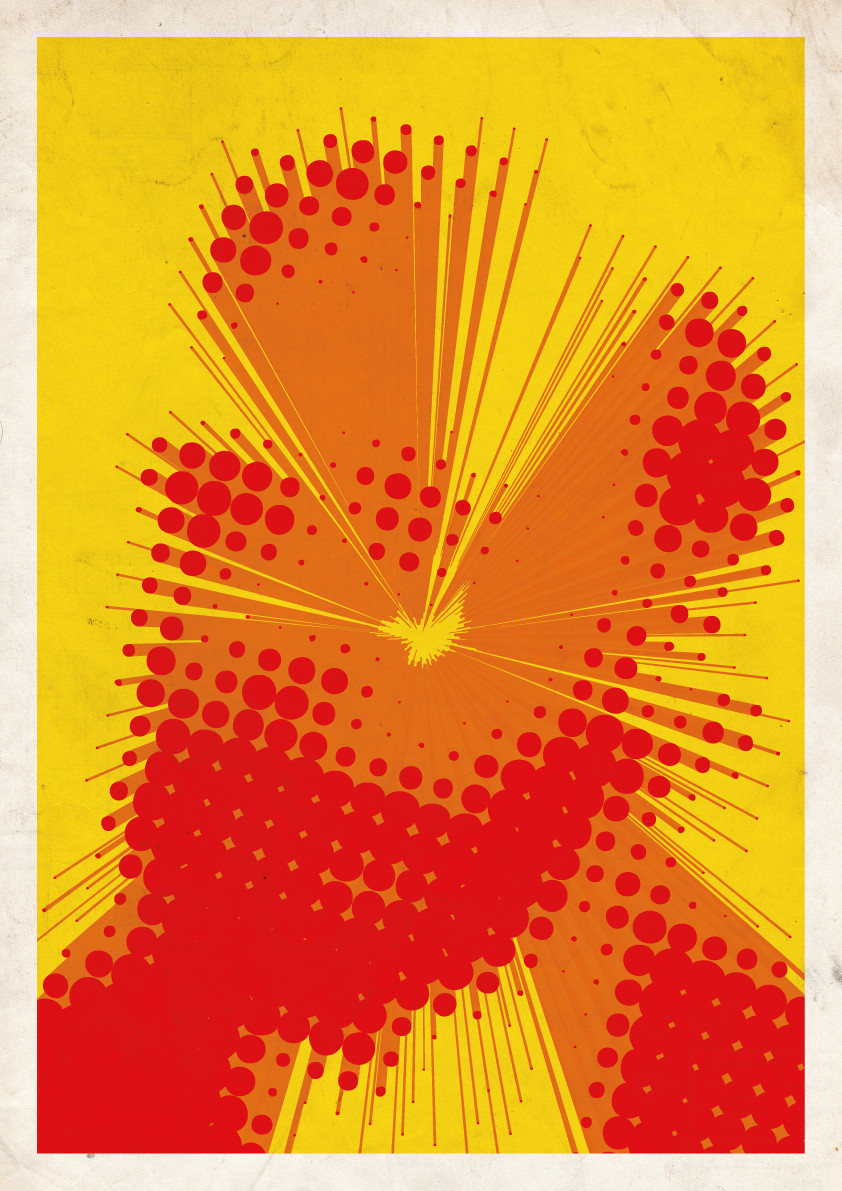 And I was wondering how I can make a similar effect with the halftones extruding into 3D like it is shown. I don’t have access to Photoshop Extended, so was trying to create the effect in Illustrator with the 3D effect with no avail.

Anyone know how this is done?

Ok, so I figured out one way to do this effect. 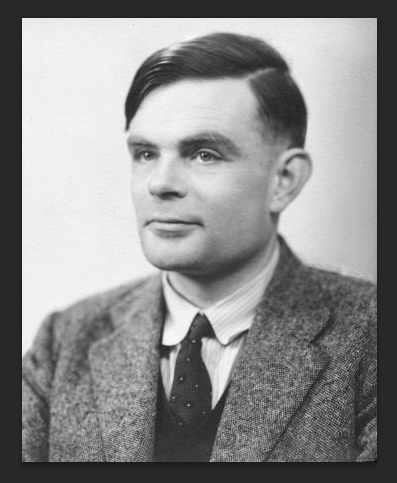 I then adjusted the contrast and levels to make the photo more dramatic for the halftoning effect later: 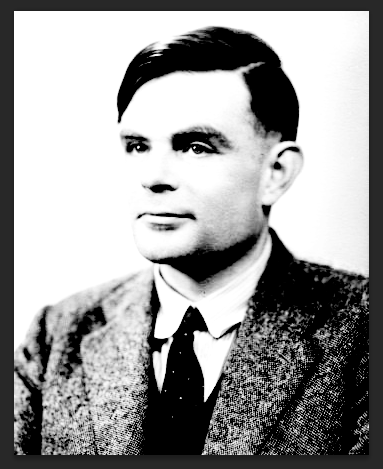 I added a Gaussian blur (about 5 pixels) to the photo and saved it to be placed into illustrator. Remember fo make the picture Greyscale so you only get one color halftone: 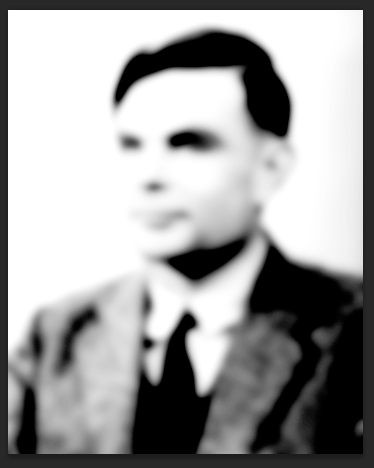 Once in Illustrator, I added the color halftone effect (Filter > Pixelate > Color Halftone) to the photo with these settings: 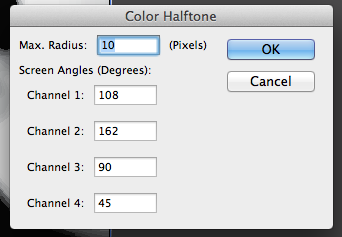 Once I adjusted the settings to be what I wanted them to be, I had this image: 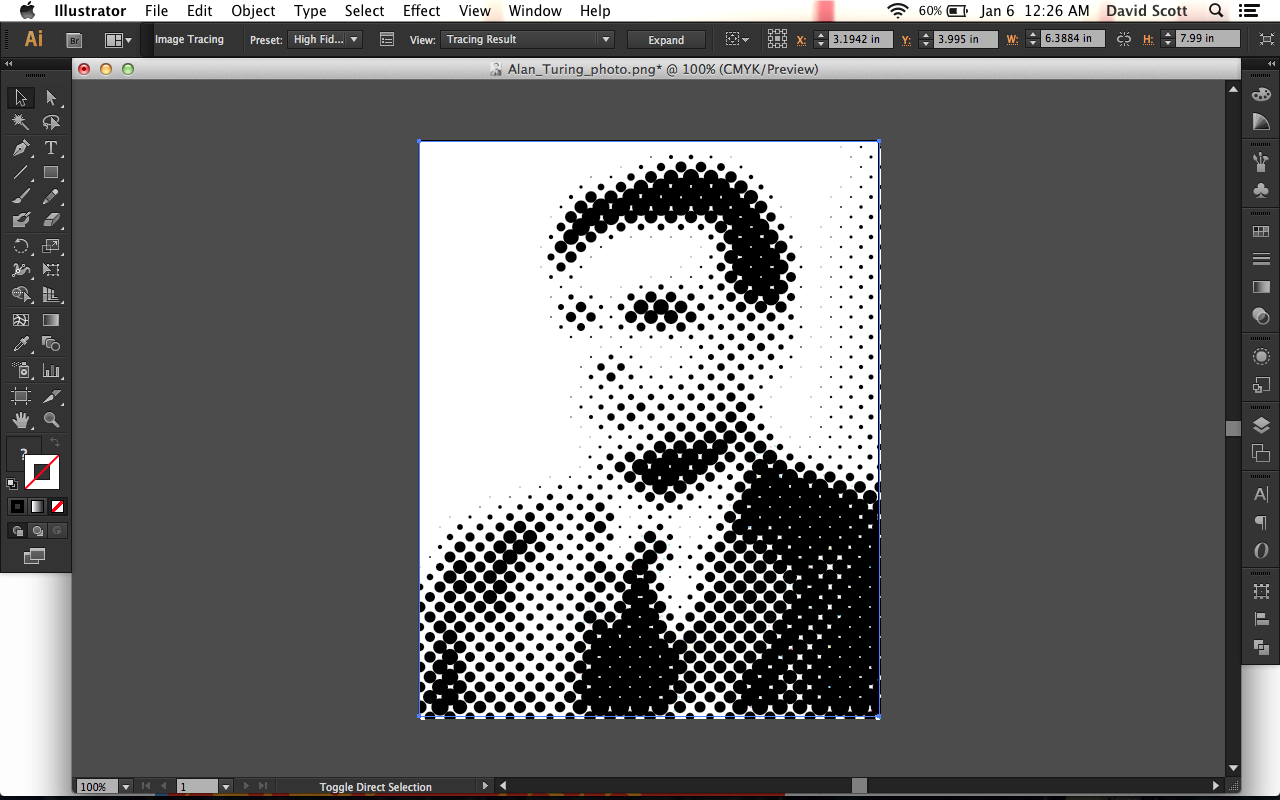 I went to the Image Trace menu (Object > Image Trace) and used these settings: 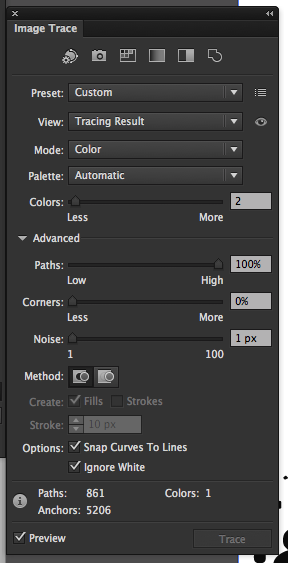 The halftone is still a little off, but it’s because I wasn’t using a high resolution image, I think.

Once the image got expanded, I ungrouped it and then cleaned up the dots a little bit and had this to work with: 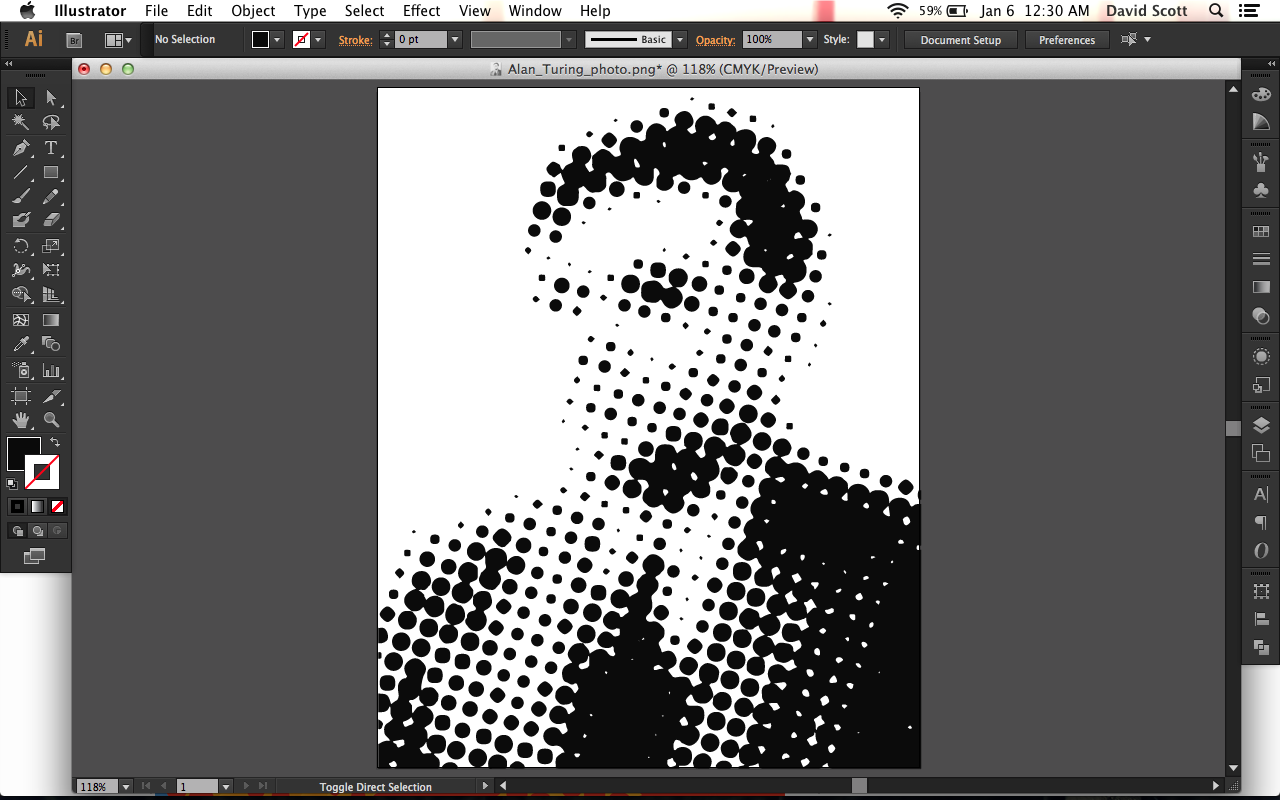 I shrink this group to about a 10th of the size in the middle of the screen and then pasted a copy in the front (Ctrl + C, Ctrl + F) 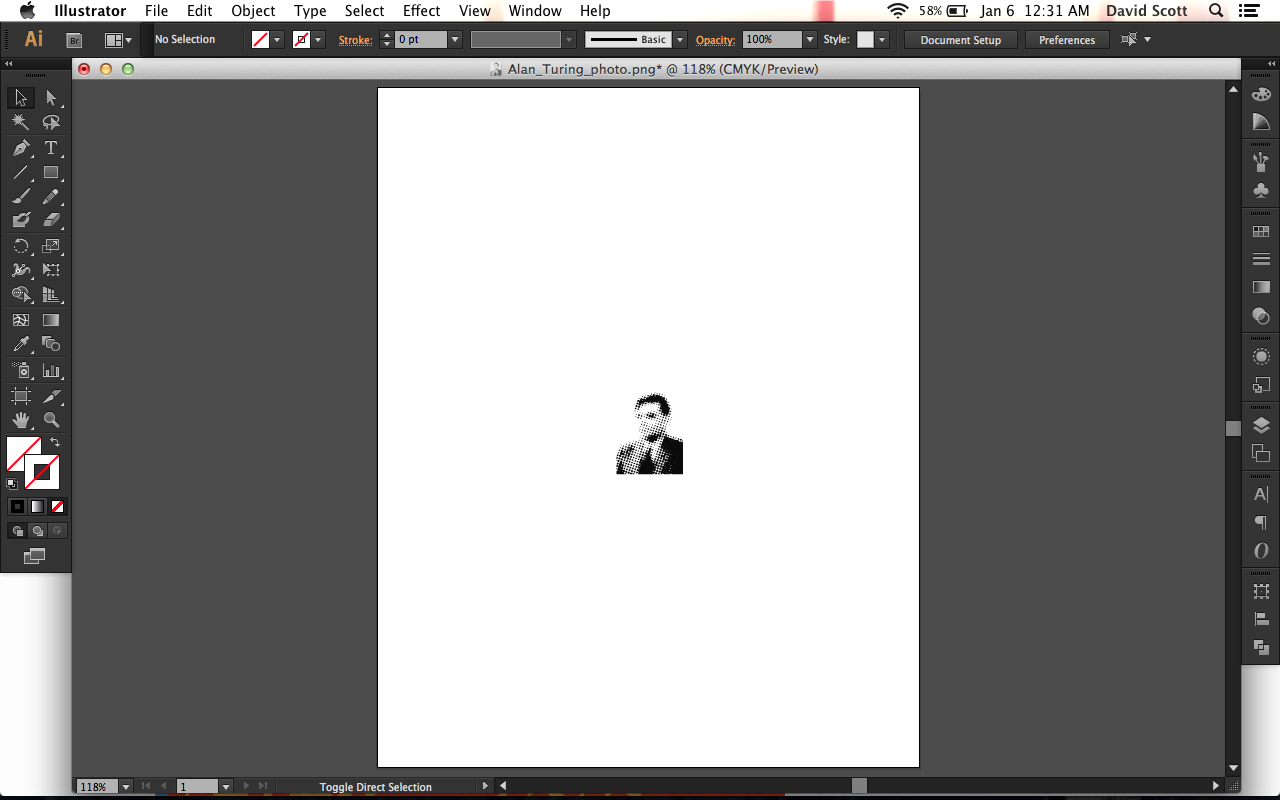 I then resized the copy to be the original size and selected both of the groups in the layers panel: 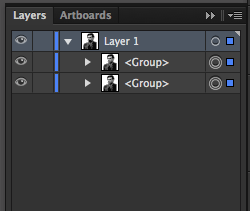 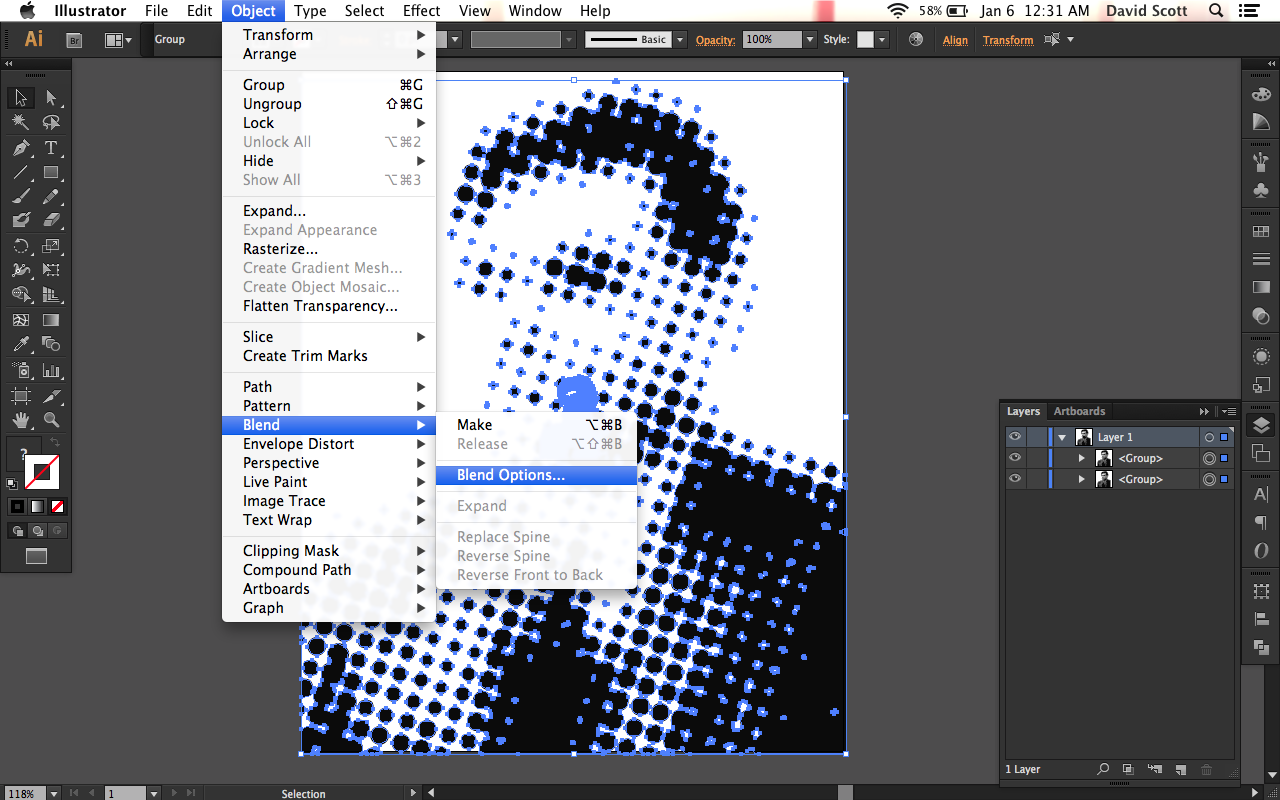 I would normally use a smooth color, but this always resulted in only 1 step being made, so instead, I used the specified steps option and put 200 steps for an attempted smooth color. 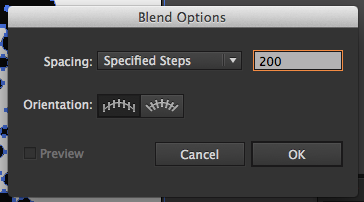 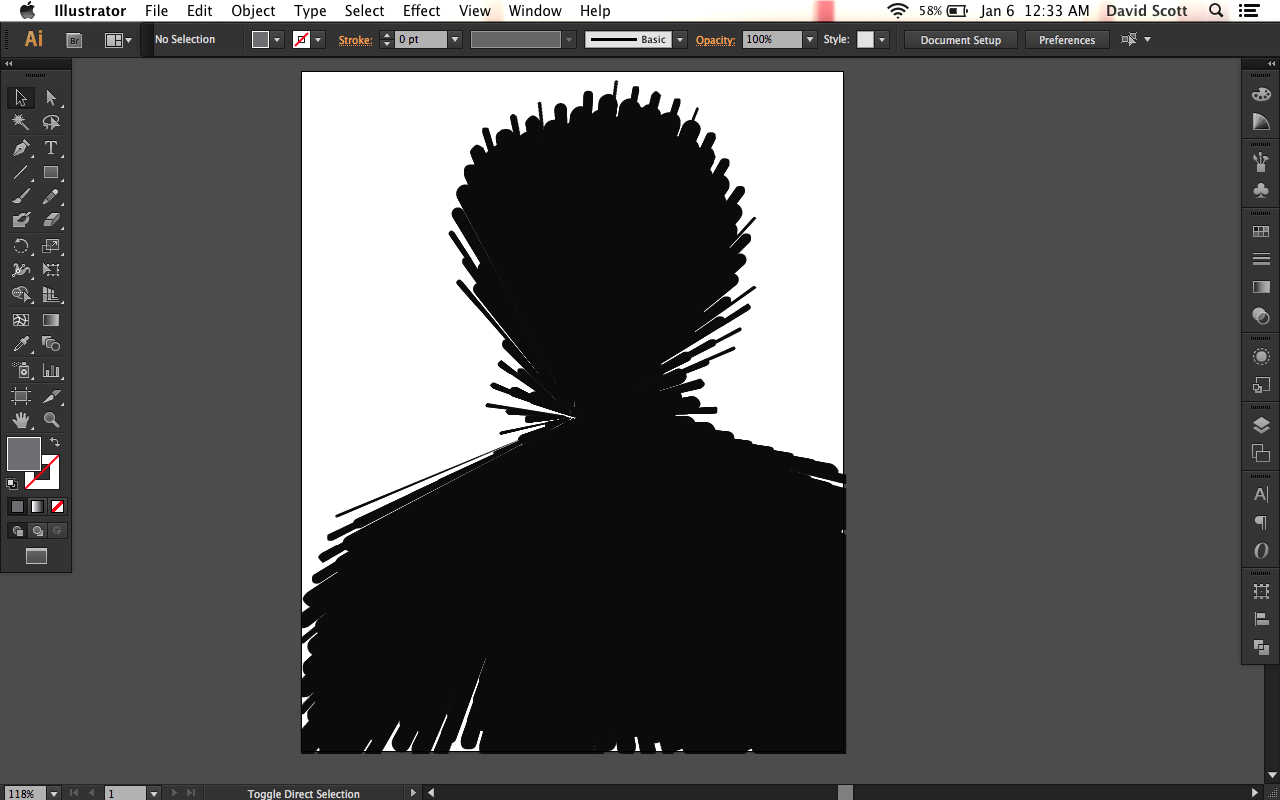 After that, I was able to convert the object colors back to CMYK or RGB and change the colors 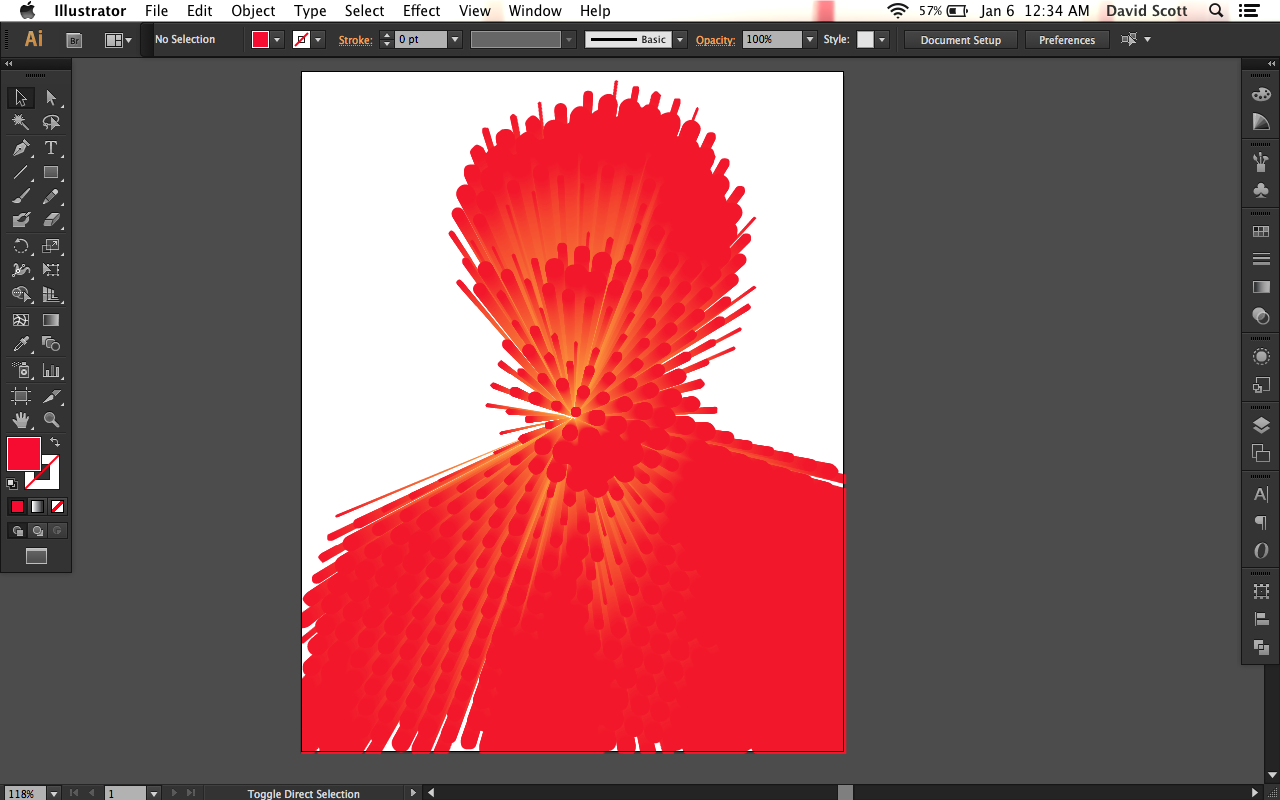 With some more fooling around, I ended up with my final piece which I think resembles what I was going for nicely: 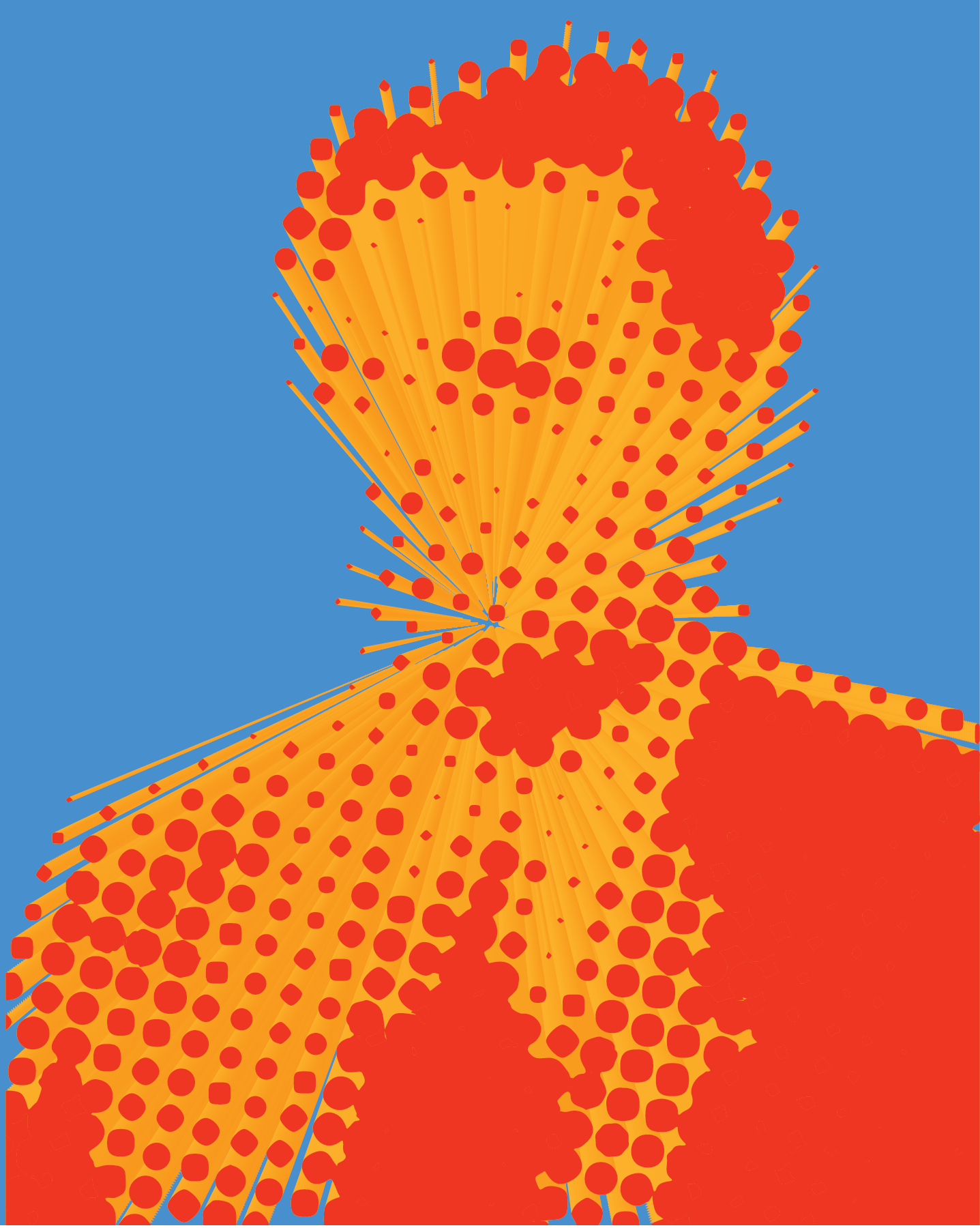