How can this pattern be recreated?
Pay attention that it has round lines in the bottom and straight line at the top. 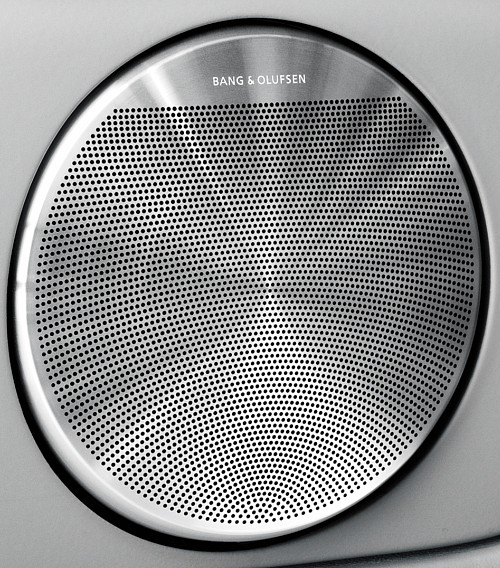 I tried to use blend tool (in Illustrator) on two arcs and one dot with dotted stroke, but result is far away from original picture.

Trick is to calculate size of arcs, distances, dots frequency, but guys.. there should be another way to to it.

The curve that have stroke = the small circles is an obvious idea. But the whole series of those curves is not Illustrator’s blend. It’s a series of cutting circles that cut grill’s perimetr with evenly spacing (=as the minutes on a clock-face) The angle between the cutters and the perimeter is sharper than 90 degrees to allow cutters to exist above the diameter of the perimeter. A few topmost cutters altough are straight lines to be able to reach high enough.

ADDENDUM: In the following example we construct one curve of holes geometrically. The cutter meets the grill’s perimeter circle with 60 degrees angle. 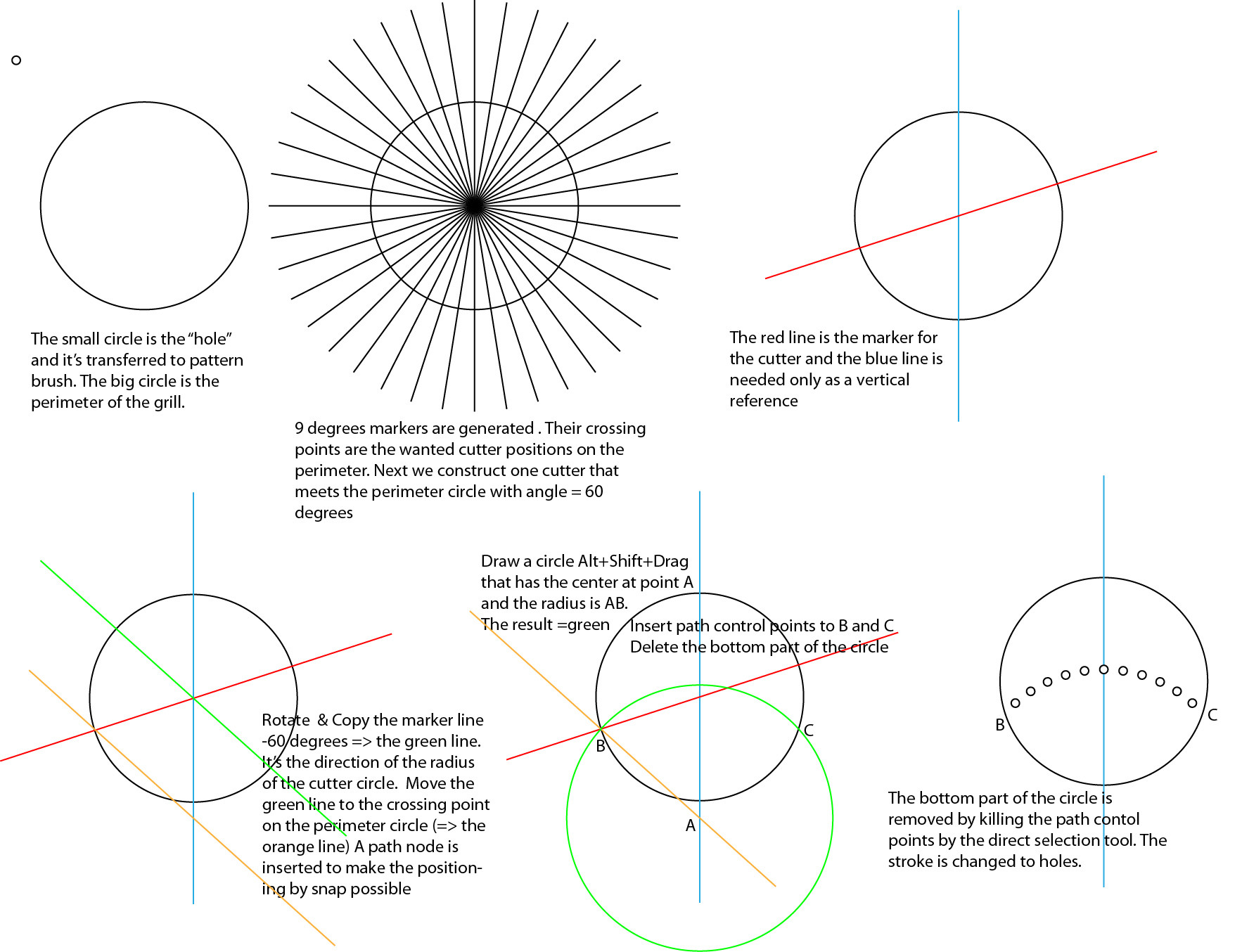 In practice a programmed script should be used. It’s straightforward job to calculate the cutters (=centerpoints, radiuses, sectors that remains in the grill area) into an Excel worksheet.