I’ve been doing a lot of research and reading on how to better myself with typography and one issue I would like to improve is pairing fonts.

However, all the articles I have read discuss that fonts have a personality but I do not know how or what is used to determine their personality.

I agree with @Horatio that “texture” is a better word than “personality”.

This is in part because good fonts are designed in different sizes: a 40pt is not just an enlarged 12pt; a 12pt is not just a shrunken 40pt. You will see the result of this in large versions around any city: you see a sign, billboard, car decal, and something “feels wrong”. Often, it is because someone simply enlarged a font size not designed for it (usually serif-fonts). Try making a large banner by simply scaling up Times New Roman. It will look horrid.

Another point there, slightly tangential: the same goes for italic. There is a massive difference in an italic font and an italised one. The first case, the italic is designed separately. In the second, some awful machinery has simply tilted a regular. Oh, the horror!

As I mentioned in a comment above, some fonts are from distinctive time periods and geographic location. Some fonts, that we see as classics today, and as measuring sticks for what a good font should be, was often dictated by the process of printing and the materials available. I think this is an important point. They where practical. They did what was most efficient, and pushed style and taste when external, technological achievments made it possible.

As paper, pigment and printing technology developed, so the letters became lighter, sharper and could have lighter hair-lines. Hence, we go from blackletter to serifs to lighter serifs, to sans-serifs:

Printing in the olden days was typset. So the letters were reliefs in lead. The letter is pressed onto the paper. For bad quality paper you need a good splash of ink on the letter, so therefore the shapes of the letters were designed to aid drying and non-dripping. Hence “old-school” serifs: they have “wells” in the letter, i.e. soft, rounded serifs, not to much difference between strokes etc. to avoid smudging and “pooling” of ink.

Geographically, the development of sharper faces goes hand in hand with where the greatest efforts on print technology development. Italy, France for example, was early with Didot-like letters.

Well. Maybe that was more than enough history…

So what font to choose..? 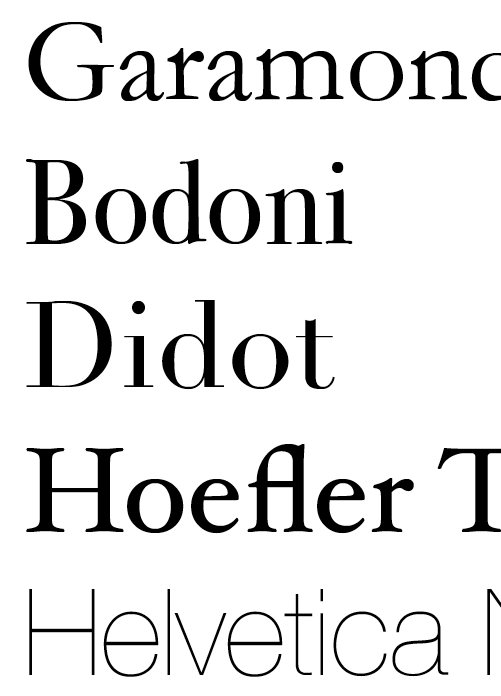 Is the personality subjective and individual interpretation based?

I would say, not entirely. Differences can be very subtle, but Times and Times New Roman will forever be “newspaper fonts”. Some, as mentioned, have a connection to a time or place, of if they have been used a lot for certain things or by, say, a book publisher, The New Yorker or somesuch.

I can forgive the producers of the TVseries Firefly and film Serenity for everyting, except that they used Papyrus.

what key elements of a font are considered when indicating the
personality? 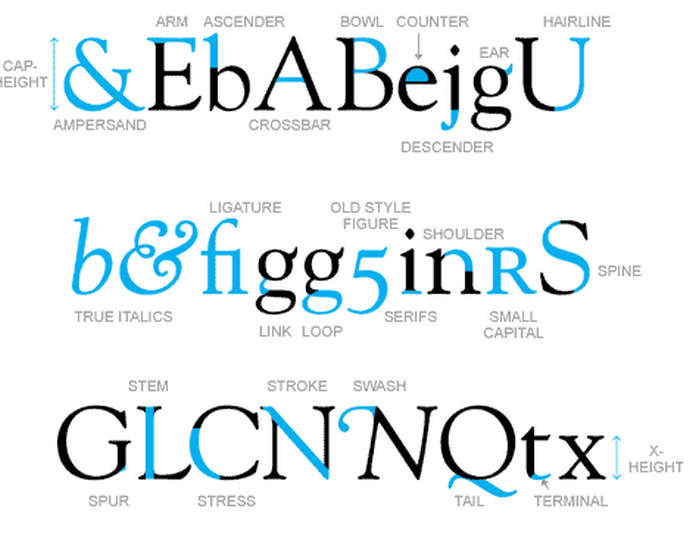 I hate to simplify this, it is a subject that needs much more times and space, but serif theory is roughly:

Is there a tool available?

Yes, there are a few – I might have to come back with an updated edit, if I can find the ones I used to use… :-S

Does a font’s personalty change for each style or is there a common
base?

If you mean size, italic etc, then yes, see above.

You could say “go with what appeals to you”, but that is a little glib. I will not say there really are rules, but there are hooks to hang things on. I often find those rule-of-thumbs in typography books a little too simplified, daft and lacking in subtlery. What is the best training, though, is to see. Actually look at typography that surrounds you (but beware, the more type-alert you become, the more annoying it is :-D)

I don’t think that type should be expressive at all. I can write the
word ‘dog’ with any typeface and it doesn’t have to look like a dog.
But there are people that [think that] when they write ‘dog’ it should
bark.

So. Content.
In the image above, you can see Hoefler Text, designed by Hoefler and Frere-Jones. So clearly a new one, but so well within solid tradition. Hence, you can break out from under the shadow of Times New Roman, and still set classic text. 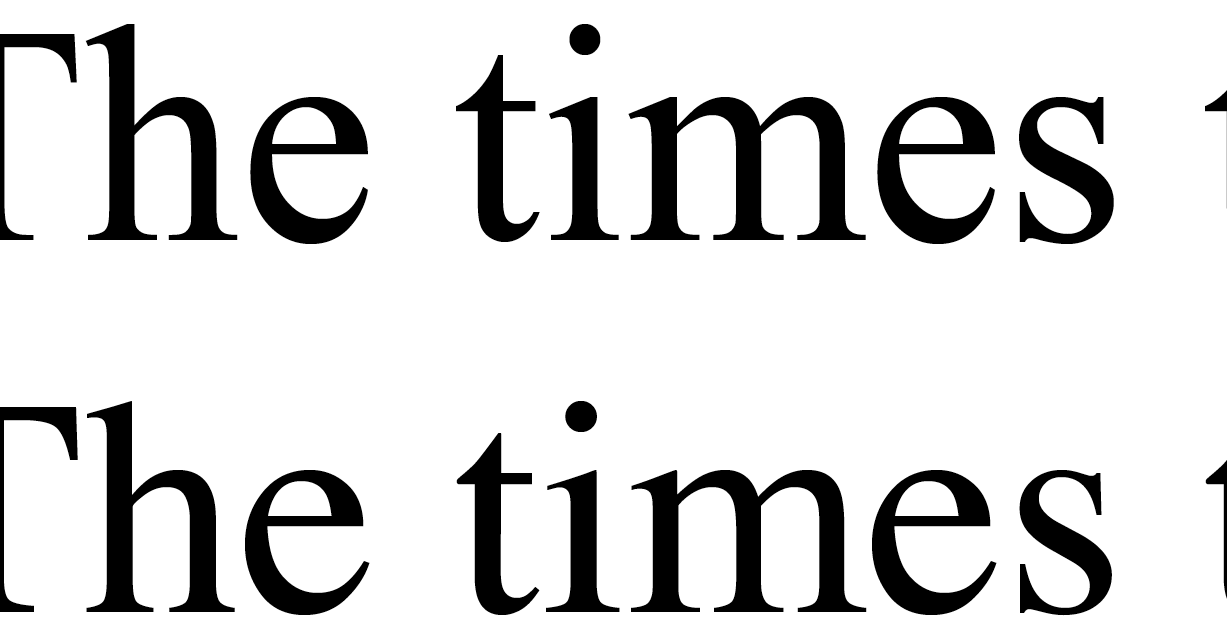