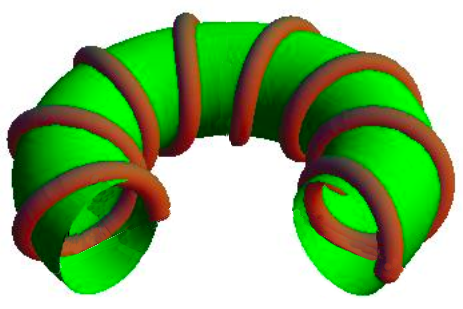 The shadings are not important. The brown winding should not penetrate the surface of the green core. It should lay on top of its surface.

I have tried:
Making a symbol out of a zig-zag stripe pattern and doing a 3D revolve of a circle to create a torus, then I tried “Map Art” to apply the zig-zag symbol on its surface.

Illustrator’s 3D effects run out of steam. You can revolve a circle to a torus or to a part of it (=revolved less than 360 degrees) Also you can map some wiring onto its surface, but that will be flat image: 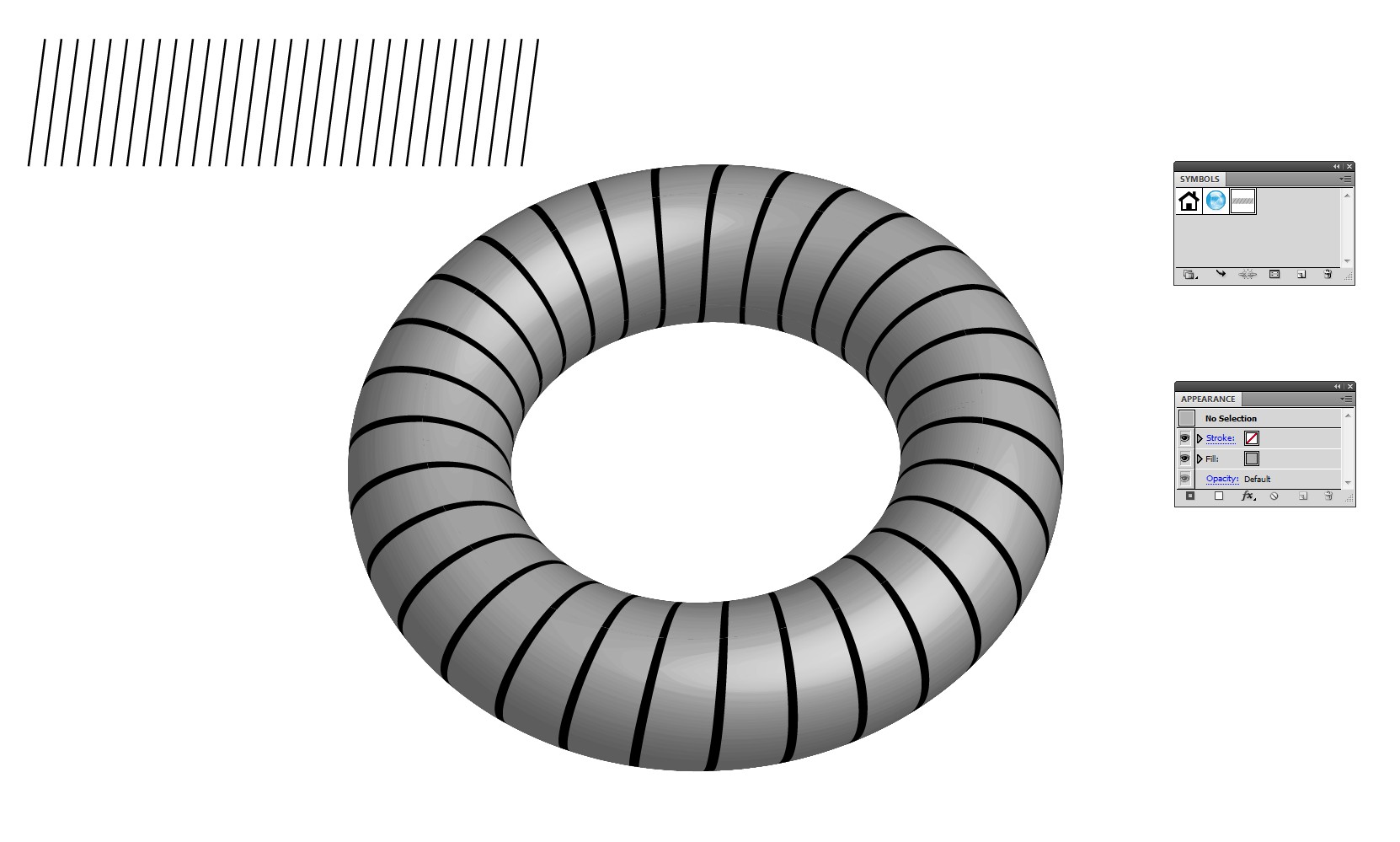 The used “wiring symbol” is in reduced size in top left.

You cannot change it by any method automatically to round wire. You must redraw the wires if they must look out round. An easy way is to draw strokes with the pen. Having rounded line ends can create some apparent thickness if the wires are not too thick: 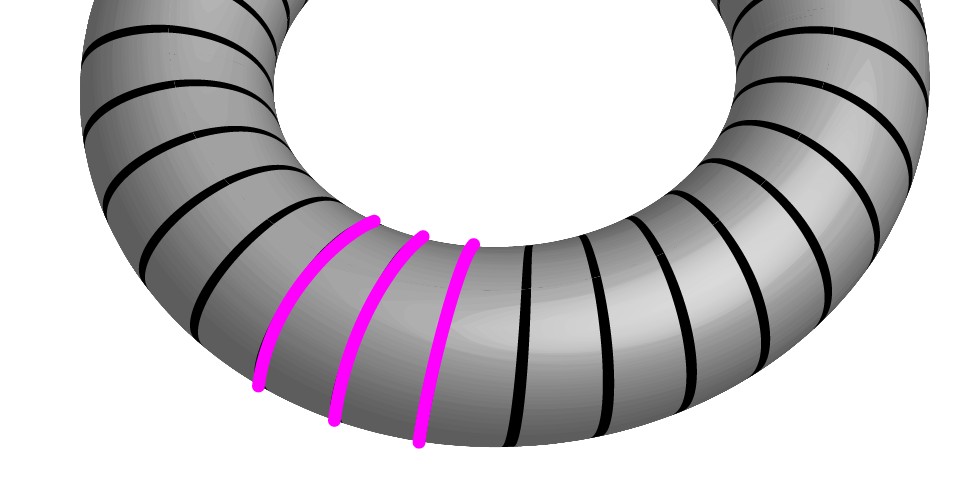 But without complex coloring these aren’t plausible. Without any shading they seem to be sunken half way into the core. The thicker is the wire the bigger is the apparent error. That could be fixed by drawing the ends properly. Drawing or at least properly coloring each of them individually is a demanding task – maybe not impossible, but so much work that I skip it and use more likely 3D modelling software.

One possible procedure in 3D

It’s tried. The next image has the straight helix and the final result: 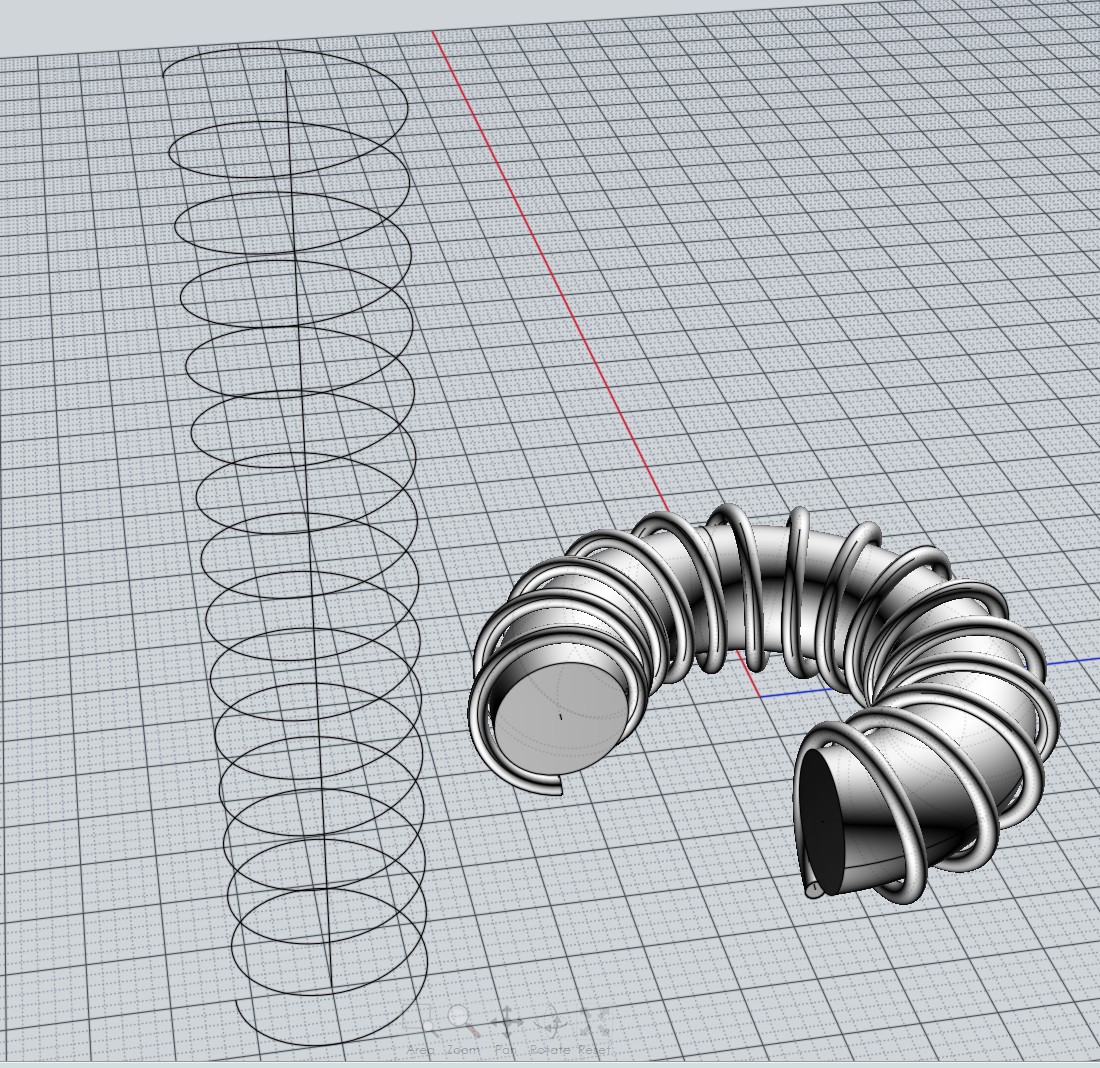 Used program: This was drawn with MoI. It does not know anything about materials nor photorealistic rendering. But (as a plus) it generates NURBS -surfaces, the result isn’t a polygon mesh. It can export polygon meshes, for ex. OBJ as well as 2D vector wireframes. The next image is the vector export (=PDF) opened in Illustrator and an elementary coloring is added with the shape builder: 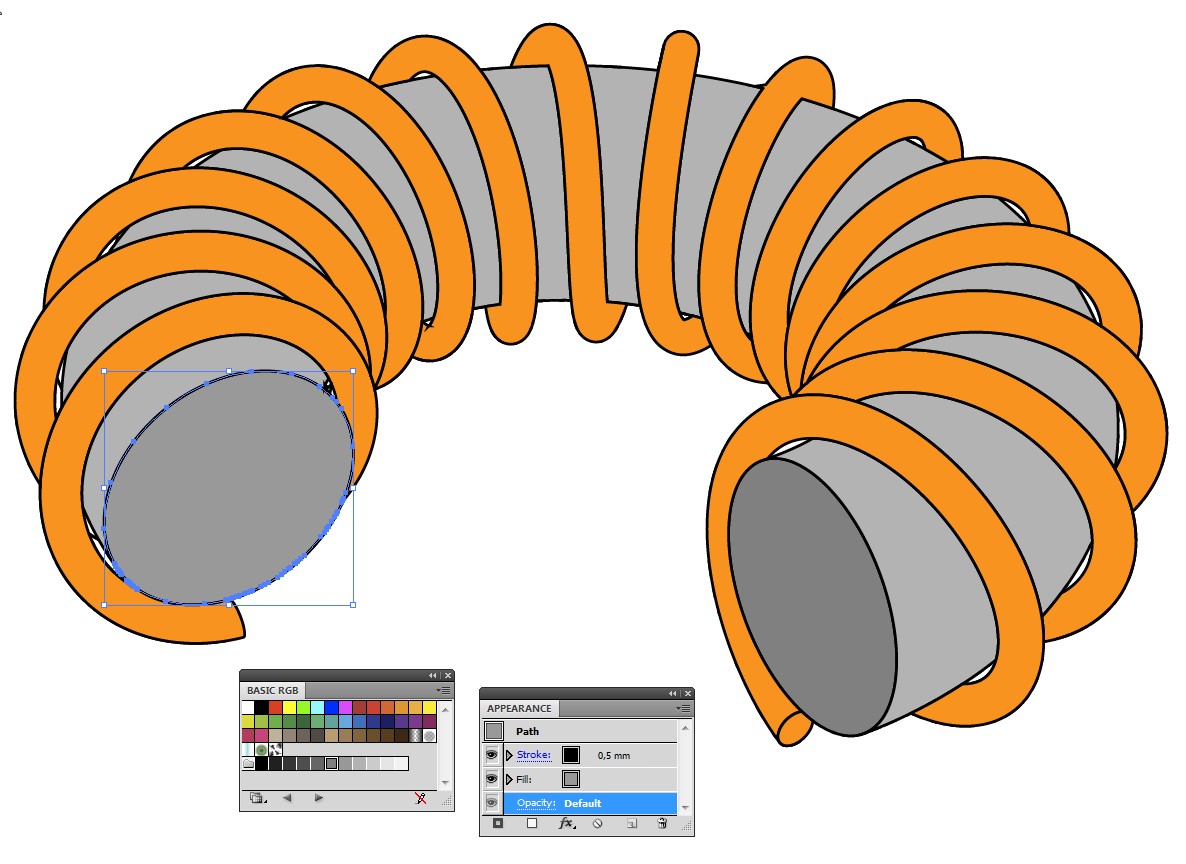 Program MoI is an entry level 3D program. It generates geometries quite well for the price, but colorings can be easier in Illustrator. The next is a hack: In illustrator colored version is shaded with the fake grayscale render of MoI with blending mode: 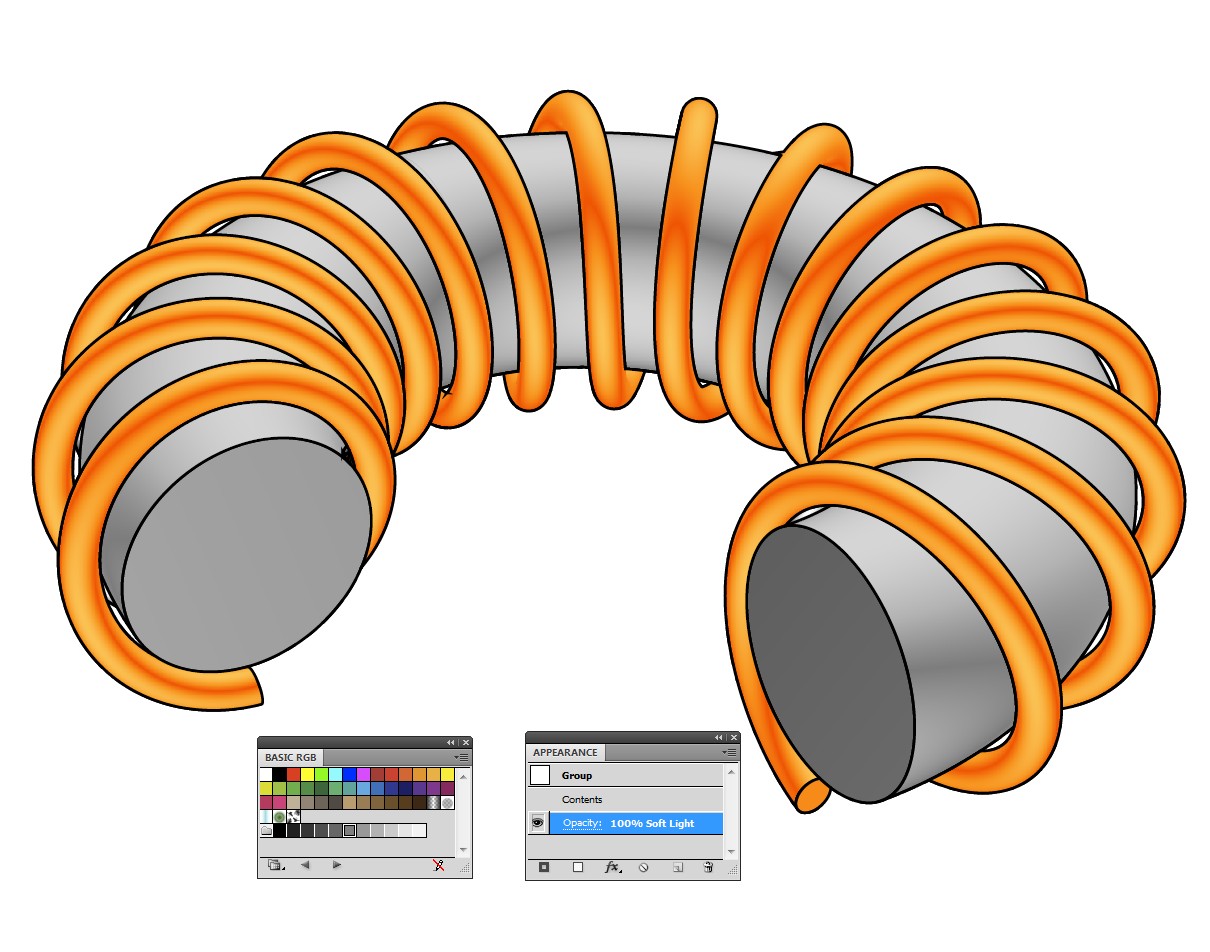 It’s not actually especially useful because a limited number of solid colors can be inserted also in MoI. They can get the same shading as grayscale parts. But having different strokes in MoI for different parts of the same image is impossible. In addition there is often some unwanted strokes which are the construction principle dependent extra edges. They can easily be removed in Illustrator.

Illustrator isn’t a must, Inkscape can be used as well.