I have some straight paths with only two nodes (start and end node). They are short and I want to prolong them in the same direction that the line is.

Question: Is it possible to prolong the paths in the paths direction?

Yes, you can do this easily in two ways

The node will move exactly along the line, changing the length.

This works because the handles of the nodes effectively point exactly towards the other end of the line, so dragging a node in the direction of its handle means it moves the node nearer or further away from the other end, exactly along the line itself.

The line changes thichness as you drag, but snaps back when you release the mouse.

Because you do a Ctrl+Scale, you get a uniform scale without distortion.

Because the line width is not scaled, the result is a line that is longer than it was, but has the same line width – i.e. the exact same thing as extending the line.

The snapshot below shows an original line and the effect of scaling the line in either direction. 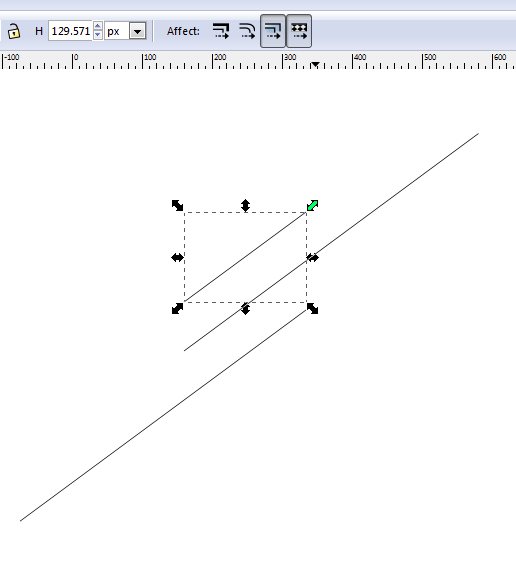