How can I find out what Unicode ranges a webfont file (may be WOFF2, WOFF, TTF or EOT) covers?

For example I am analysing a latin font, is it possible to know what are the Unicode ranges of latin covered by it? Is there any tool available to analyze it?

You could install FontForge – it’s a free and open source font editor and will show you what glyphs the font has – it has various ways of laying out the code points in order. 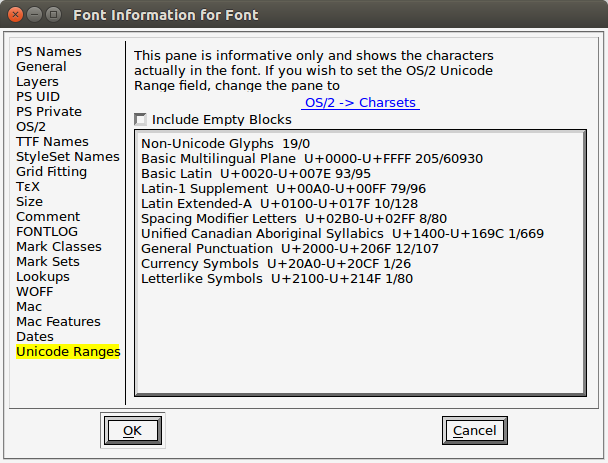 Note that coverage isn’t as easy as looking at which blocks are fully covered. For example, it’s very common for a font to contain basically all of Latin-1 plus a small handful of characters from Latin-Extended-A/B in order to fully support languages like French, Hungarian, Catalan etc, see this table. You do NOT need most of Latin-Extended-A/B to cover most European languages, but you DO need more than what’s in Latin-1 for many.