I know I can create a layer mask, but this method only accepts a bitmapped mask as far as i know, than the result is not perfect.
I tried using this method: https://www.youtube.com/watch?v=xGBNHY5rAxg

What I’m trying to achieve is:

Layer 1 – Regular bitmapped (Raster type) image (it will be even better if it could be a vector masked layer, but it’s ok if it can’t be).

Layer 2 – A vector masked layer (with fill 0%) with a stroke or outer glow, whatever. The effect of this layer must fade out (make transparent) the pixels of Layer 2, BUT WITHOUT THE NEED OF “RASTER TYPE” IT. 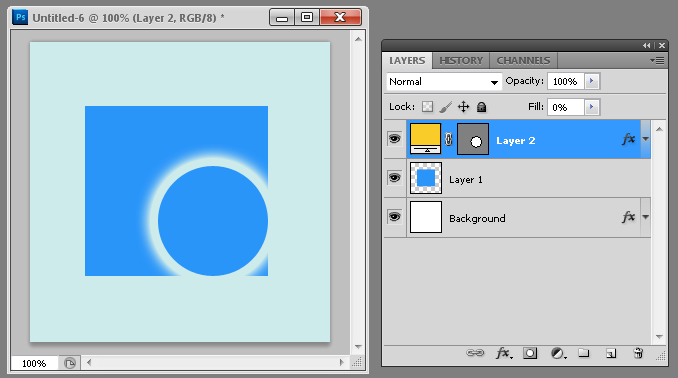 Then, if I change the color of background… 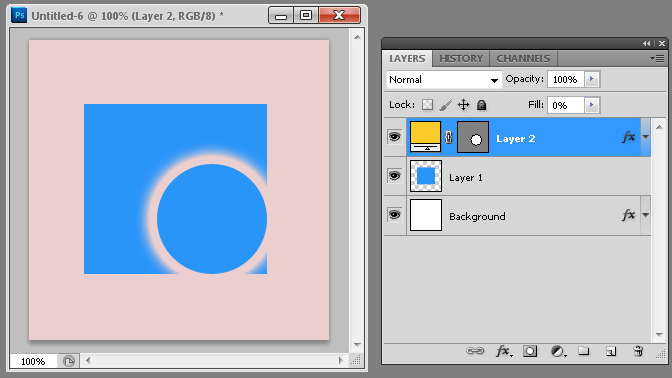 What I’m really trying to do is a PNG Icon, that I made with Shapes (vector masked layers) of a envelope, where the lines are made with strokes. So, the stroke may turn the layer below it transparent. I don’t wanna use the bitmapped mask because I lose the vector benefit (I can’t change the size without doing the whole process again) and I lose quality (because the final result is not the same. The transparency created by the bitmapped mask is not perfectly equivalent of the image used).

Maybe this give some idea:

As you can see, the icon is really tiny, and I thought pixel by pixel, then there is why I care so much about the perfect equivalence of transparency (in this icon I used white stroke to make the envelope lines. I wanna the white become transparent when I export as .png, but as I said, don’t wanna use a bitmapped mask (create a layer mask, raster type my image, and then use it as a mask of the image itself) because I care too much about quality).

Thank you in advance! (for read so far hahaa)

I ran into this exact same issue a while ago, also while drawing a bunch of small icons. Turns out you can do some pretty neat stuff with the “Blend if… This Layer” slider in the Layer Style panel:

Dragging the right slider all the way to the left basically tells Photoshop, “keep everything I draw black opaque, and make everything white transparent”.

The important part is holding the Alt/Opt key when you click the slider to split it up into two values. This creates a smooth transition for all the in-between grays.

So you put your icon’s shape layers into a group, apply these blending options to the group, and then wrap it in another group to add any color overlays, drop shadows, etc that you need.

I posted a few examples and a more detailed how-to on Dribbble.

Here’s how it looks for your test file (PSD download):