I have this picture: 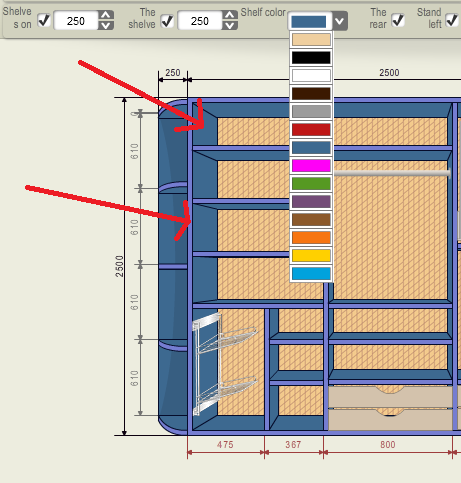 The arrows show two different colors but in fact they should be same color but a bit lighter or darker.

I made this screen-shot of the application I make and the brownish color on the edges is just the blue color summed with 30. As you can see it does not do the trick, i.e adding 30 to the actual color will not work for all colors. 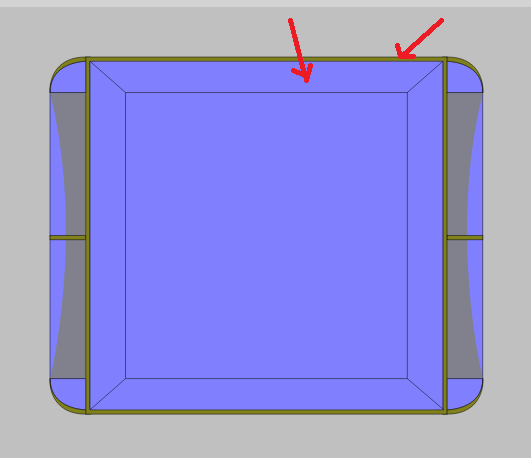 How can I just shade a given color i.e make it brighter or darker?

Also what should I do If I want it to look semitransparent with alpha?

To work with hexadecimal values you need to think in terms of relative proportion of the RGB values.

I will use a scale in numbers, not with letters, so we can see the math behind it.

Imagine you have an orange.

This will give you R128 G64 B0 Notice that all colors were modified using a proportional scale.

To make one color lighter the idea is pretty much the same, But it is more tricky because the colors will cap at 255, so you can think on the diference between the 255 to your values.

For example the same orange

You can not augment R anymore, and you can not increase the Green and the blue with the same values, for example 100 more, because you will have

which is too yellow.

The math would be

I am adding an image to give you the basic idea. The RGB values are not the same of my text, just because a lazy work, but you can see that the orange “stairs” retain its intrinsect proportions. 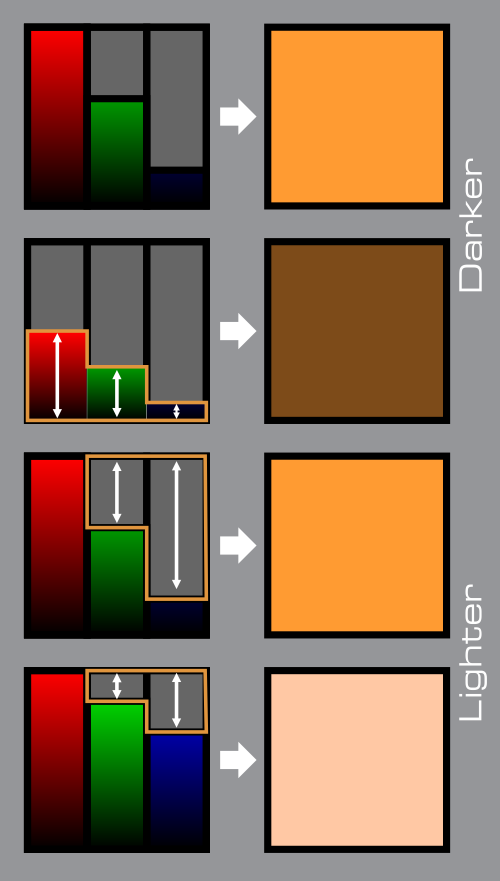 I am so dumb. You can also use the HSL Color notation:

{background-color: hsl(45, 60%, 70%);} and modify the third color for darker colors, and the second and third for lighter ones.

You also can use an hsla variant to include alpha.

Edited: and here is part two about transparency.