I am trying to put simple arrows along a path.

What I have done so far: using the Bezier tool, I created a straight line and made the endmarker into an arrowhead. Next, I used the Path effect editor to put the arrow along the path and using the “repeated” option, I obtained multiple arrows along the path.

It works wonderfully except for the fact that only the arrowheads appear along the path. For some reason the line attached to the arrowhead disappears. How can I fix this?

I’m not sure why only the arrowheads appear along the path, but I have found a workaround, which is to convert your arrow into a filled path, which is a simpler type of object than a stroked line with a marker.

First, select your arrow and click Path > Stroke to Path, which will convert your arrow into a group of two objects (the line and the arrowhead), which is 90% of what you need to do. However, sometimes this conversion is a little messed up (see image below, where the line is extending too far to the right, and poking out the front of the arrowhead).

Now we want to merge these two objects into one composite object. Select the group of 2 objects and ungroup them (Object > Ungroup). Then perform a Union operation (Path > Union) to merge the two objects together. You should be able to use the node tool (F2) to confirm that this is now a single object:

Now you should be able to use the Path Effect Editor to put this object along the path. Then use the fill and stroke dialog to style the arrows along the path. 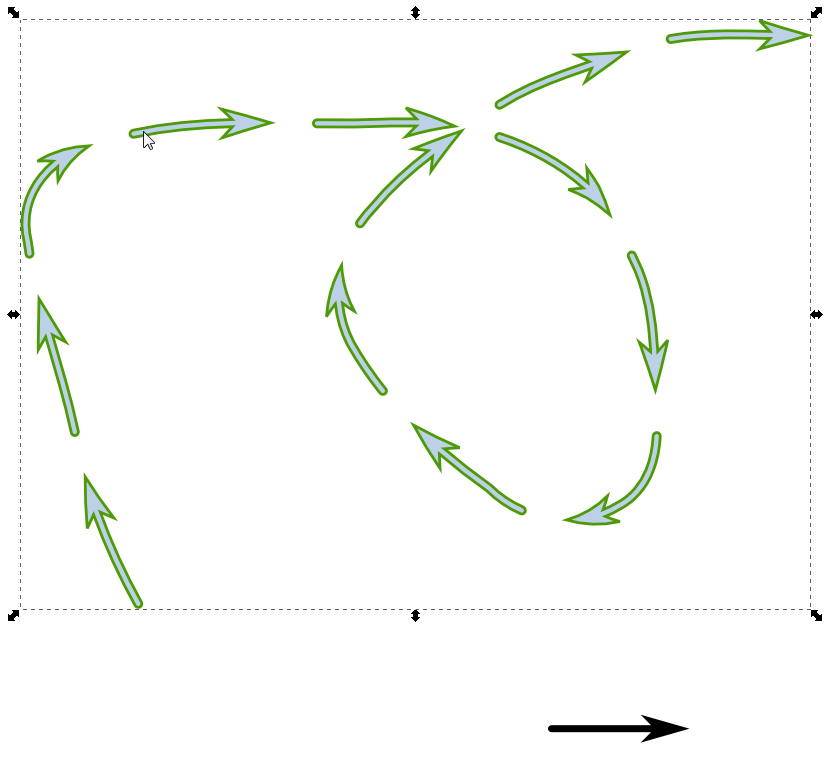