I’ve attempted (as a test) to make a circle with a bar going through it. The bar should go under one side of the circle and over the other.

I’ve done this by splitting the circle into two objects, however there are visible seams where the split was done, even though the paths match up exactly. 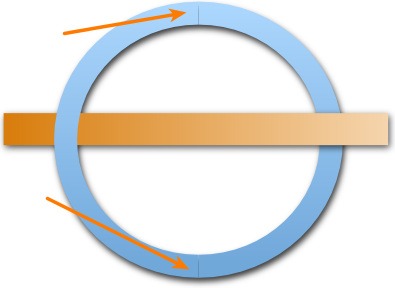 Also, the shadow under the left part of the circle doesn’t go on top of the bar like it ought to, and I can’t think of any way to fix this without splitting the shadow object too.

Is there a better way to do this?

If needed I can also upload the svg.

The gap you see is due to an imperfect rendering by Inkscape and not necessarily a problem depending on how you export or use your SVG (as long as you cut precisely). The shadows however will likely cause problems, when cut up (which is the only way I can think of to make them right).

Here is my solution to this. As an example, I cut up a plain bar, because it’s easier. But cutting up the outer circles has some advantage, which I will mention later. First an image: 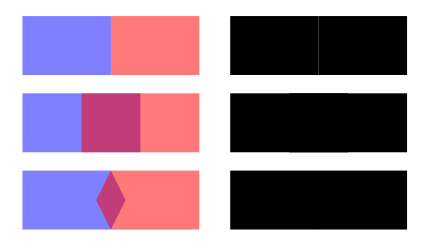 The left uses transparent objects (one blue, one red) for demonstration, the right shows the result.

Now, let’s have a look at the shadows: 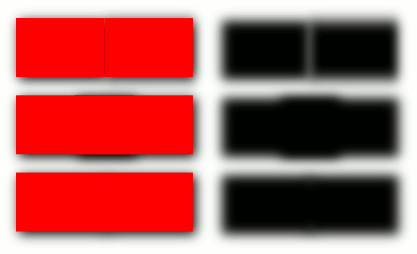 The order is the same as above. On the right, we have the shadows alone for better illustration.

¹ You can achieve this as follows:

² For this value, I empirically found the distortion of the shadow to be lowest.