I’ve been trying to achieve this black and white distorted text effect behind the green SUNDAY NOVEMBER 26th letters with no succes.

I’m specifically struggling trying to duplicate the letters in this black and white stripe fashion. They seem to turn gradually into the neighbour letters as they get closer i.e loosing the S letter shape as it gets closer to the U letter.

I’ve tried distortion effects like shear, and I’ve been playing around adding several strokes at a time. I’ve also tried copying and pasting multiple times the same letter next to each other but it gets nowhere near the desired effect.

I apologize for my poor English, I really wish I could explain myself better! I’ll try come back and edit as many times as needed.
Thank you for your time.

I would like to show my version.
The result is almost like the image sample (I think).
Using Photoshop CC.

1- Duplicate the text several times. Leave a master copy on top of the layer stack.

2- Select the copy layers and make a Smart Object. Change the Smart Layer to Darker Mode.

4- Filter > Sharpen > Sharpen. Repeat it 8 times or something like.

5- Reveal the master copy and give it some color.

I did not test this but I think a lower resolution would give a more jaggy effect. 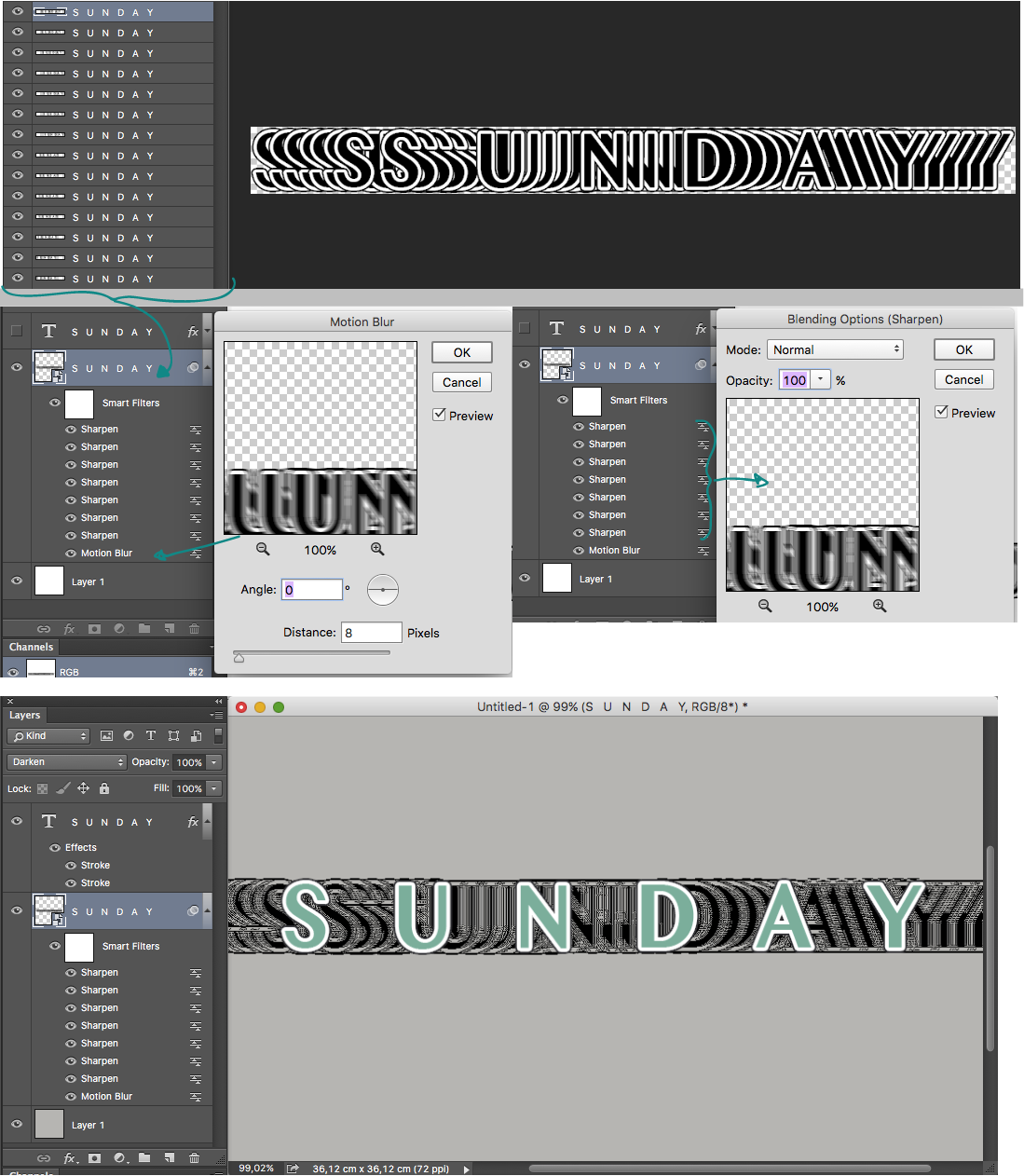 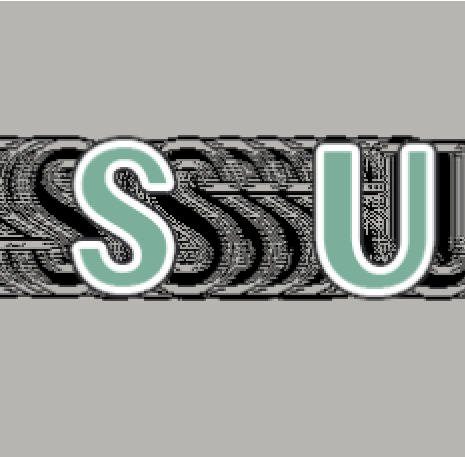