I made this image for making it easier to understand what I’d like to learn how to do: 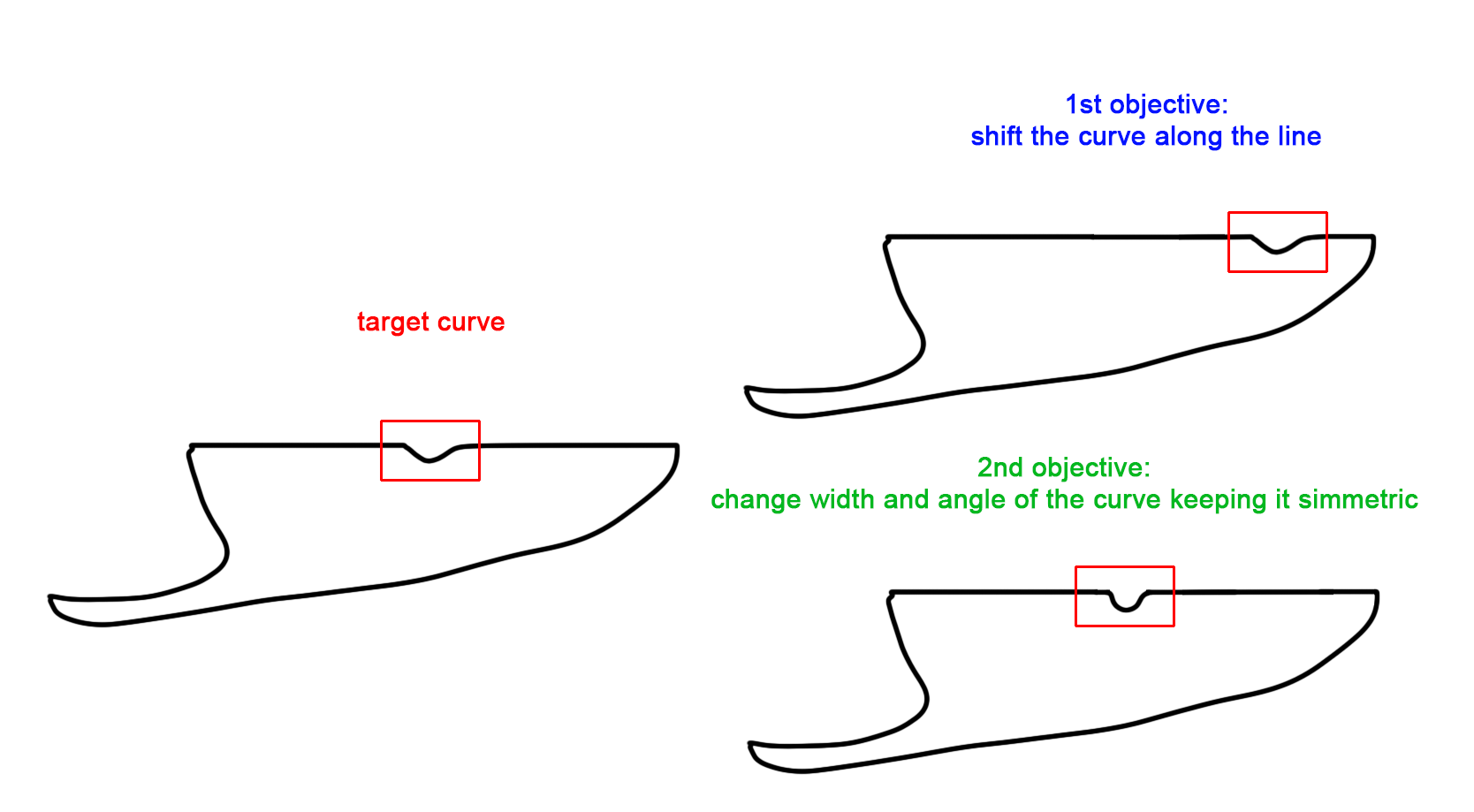 You can use basic illustrator tools!

What if the path given doesn’t have the curve I want to move exactly 180° parallel to the ground? Is it still possible to shift the curve along the line it belongs to even in that case?

I also noticed that “Horizontal Distribute Center” doesn’t work in my case with a soft curve, since there is no anchor point in the middle of the curve.