My first thought was to use Blackletter. It’s visually oppressive plus was a fave of Hitler and the Nazis. The only problem is that most blackletter fonts are illegible, especially on fabric. One of the cleanest / most legible I’ve found is Black Baron.

Lombardic fonts are too … flowery.

I’ve tried grunge fonts – such as Astonished – but that doesn’t evoke “anger” to me. Nihilism – maybe. Anarchy – maybe. But not anger.

So, rather than reinvent the wheel – what fonts would the community recommend?

For instance “Metallica” is easy to read. The phrases that will be used are along the line of:

“If you want to “x” you need to “y” and are accompanied by graphics.

I guess there’s no established way to present angriness with typography. One can in theory create such practice if he controls some very popular information channel, but I haven’t seen it’s already happened. Thus there’s no way to select an angry font for the following text:

If there’s some angriness, it must be in the text content and auxiliary graphics.

We can show what angry mood causes to manual writings. If one is angry his manual writing very likely has regressed to a more primitive level. It’s not as readable as the same text written by a calm person and some not so well premeditated expletives can be included. So, a fast done and somehow accented handwriting can create an illusion of angry writer and somehow fitting text & auxiliary graphic content can make the illusion stronger.

I guess it’s not possible to get the same as computer font. The needed irregularity doesn’t exist. A genius programmer maybe could generate a detoriating algorithm to create the angriness reflecting regression to a whole text block, but this is not achieved by having regular glyphs.

If there’s something important written, the text should be as readable as possible – that’s the first requirement, so the writing cannot be much more accented than quite normal manual lettering. The mood should be set with the text content and graphics. An example: 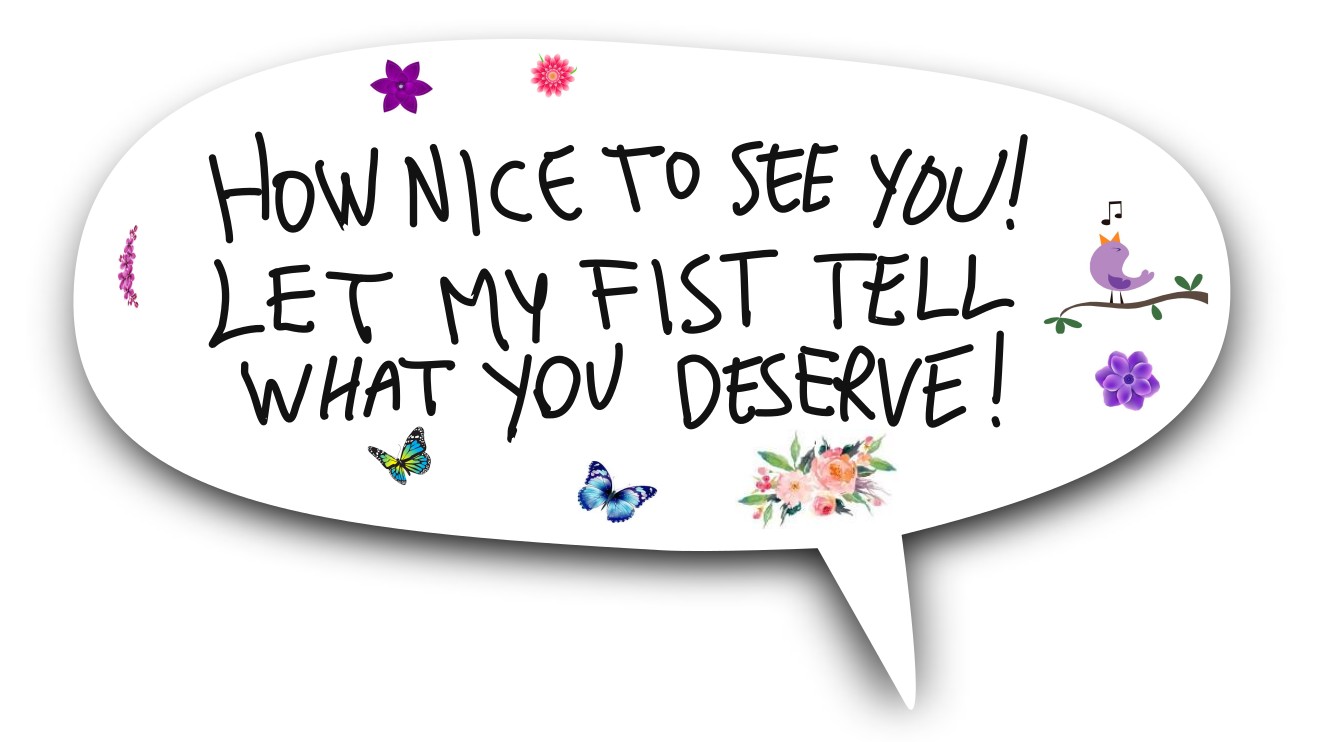